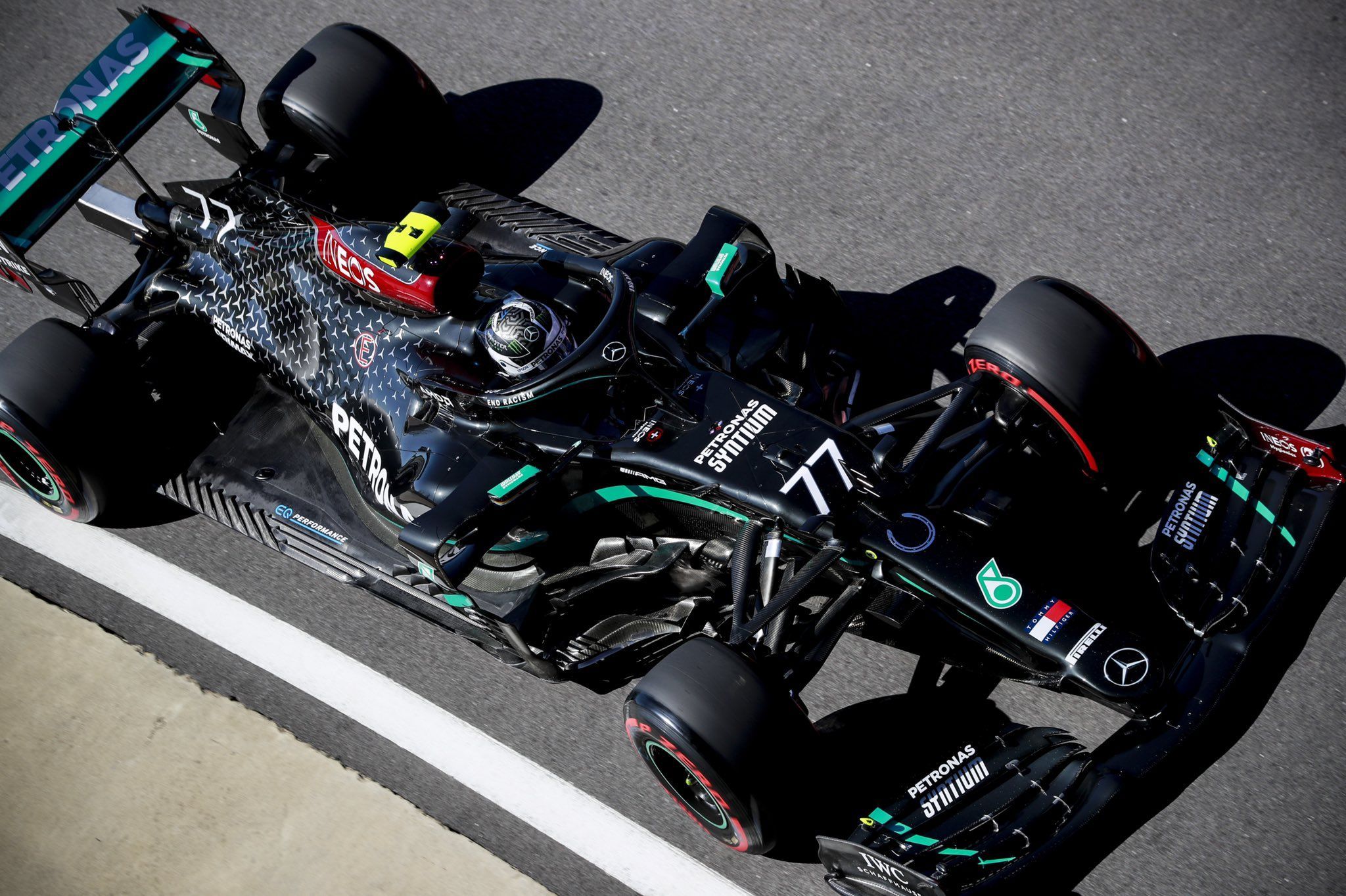 Mercedes led the way in FP1 of F1 70th Anniversary GP with Valtteri Bottas ahead of Lewis Hamilton as Red Bull Racing’s Max Verstappen in P3.

Following the whole deliberations on the result from the FIA on Racing Point after the Renault protest, the weekend at Silverstone kicked started with Mercedes’ Bottas (1m26.166s) leading Hamilton (1m26.304s) in FP1 of the F1 70th Anniversary GP.

It was mostly clean run from the leaders but Verstappen was late to set a time as teammate Albon couldn’t improve on his second lap due to massive understeer in Turn 6-7. Ferrari’s Sebastian Vettel (1m27.498s), meanwhile, slotted in seventh.

Having had a difficult British GP overall, Racing Point’s Lance Stroll (1m27.539s) was behind again in eighth with AlphaTauri’s Daniil Kvyat (1m27.653s) in ninth from Renault’s Esteban Ocon (1m27.701s). The Canadian and the Russian had a little moment too.

At the same time, the Frenchman did run out of road at one moment. AlphaTauri’s Pierre Gasly (1m27.707s) slotted in 11th with McLaren’s Lando Norris (1m27.846s) in 12th but both had right-rear blisters on the softest compound, which was the tyres run mostly.

Interestingly, everyone used only the C4 compound – the softest – in whole of the 70th Anniversary GP FP1 session with it being the new tyre for this weekend’s race.

Here’s what FIA said regarding Renault and Racing Point