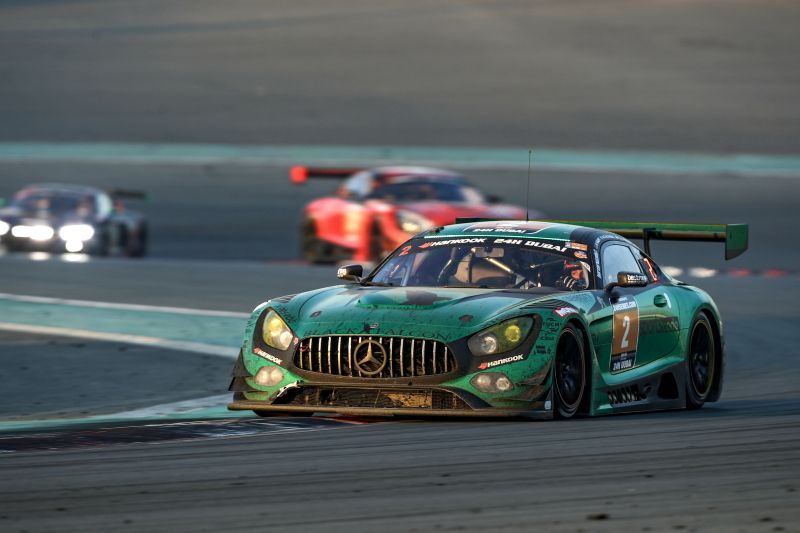 The Black Falcon Mercedes-AMG GT3 (#2, Abdulaziz Al Faisal / Hubert Haupt / Yelmer Buurman / Gabriele Piana) has won the 2018 Hankook 24H DUBAI, the 13th running of the annual event that, at one point, had looked likely to be won by the sister #3 entry.

Abdulaziz Al Faisal drove the #2 Mercedes-AMG across the finish line after completing 606 laps of the 5.39km Dubai Autodrome. The result continues the event’s domination by German manufacturers and cements Buurman, Haupt and Al Faisal as dual winners of the Hankook 24H DUBAI following their first victory together in 2015 with Black Falcon.

“I can’t express how happy I am!” explained Al Faisal. “My thanks to my team and my teammates, it’s been an amazing job from everyone. I’ve done this for 11 years now, and finally I’ve won it for a second time. It was a bit harder this year, the competition has grown, but I’m really happy to be here!”

The overall 24H GT and A6-Pro leaders finished just two laps ahead of the Manthey Racing Porsche 991 GT3 R (#12, Otto Klohs / Lars Kern / Mathieu Jaminet / Sven Müller), which replicated the runners-up spot it achieved at the same event 12 months earlier. Incredibly, the GRT Grasser Racing Team Lamborghini Huracán GT3 (#964, Mark Ineichen / Rolf Ineichen / Christian Engelhart / Mirko Bortolotti) finished just five seconds further back, completing the overall top three and A6-Pro podium in the process. The Lamborghini had qualified on the 24H GT pole position, but would fall to the back of the pack in the opening stages thanks to three successive punctures.

The first ever endurance race for the McLaren 570S GT4 would come to an early end when the ALFAB Racing entry (#241, Erik Behrens / Daniel Ros / Fredrik Ros / Anders Lewin) would retire with turbocharger failure. The most high profile retirements of the 24H SERIES powered by Hankook season opener, however, involved a collision between the Black Falcon Mercedes-AMG GT3 (#3, Khaled Al Qubaisi / Jeroen Bleekemolen / Luca Stolz / Manuel Metzger) and the Mercedes of reigning Teams’ and A6 champions Hofor-Racing )  (#1, Michael Kroll / Chantal Kroll / Roland Eggimann / Kenneth Heyer / Christiaan Frankenhout). The Black Falcon Mercedes had led 198 laps until that point and looked set for victory but a collision under braking meant both would retire on the spot. 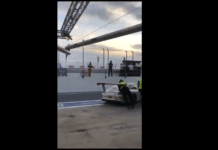