Home F1 Zhou on emotional journey to points on debut, answer to some doubters 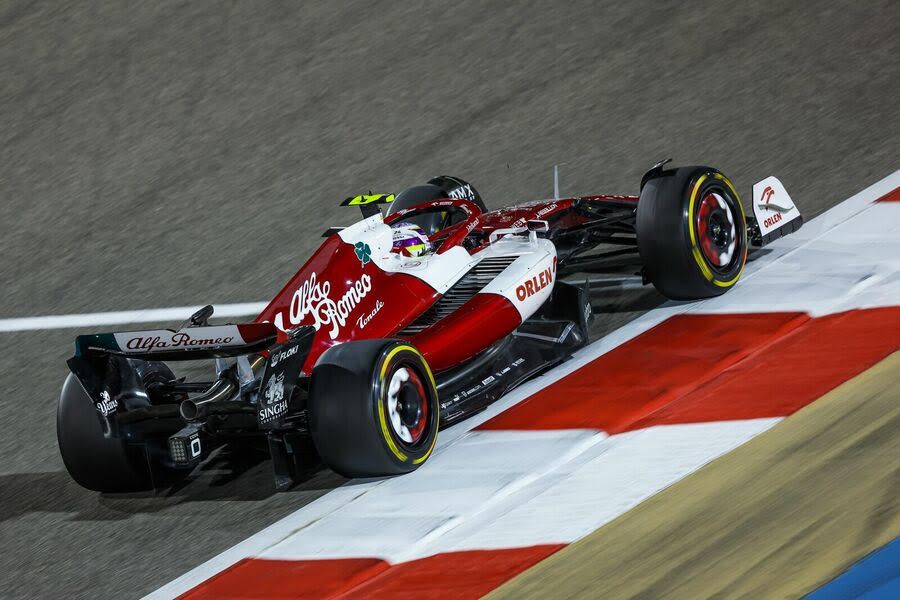 Guanyu Zhou got emotional after F1 Bahrain GP as he reckons the result was an answer to some doubters, while Valtteri Bottas adds on his comeback.

For Zhou, a rookie in 2022 and the first driver ever from China to grace F1, it was an excellent if somewhat unexpected result in Bahrain GP. A 10th place finish and crucially scoring a point on debut, he became the 66th driver to do so in Formula One.

It was emotional for him not just before the grand prix started, but even after it when a video uploaded by F1 (at the bottom of the story). “I’m speechless, so happy for that,” said Zhou to TV media. “I mean to make my debut and where the team were last year, to have to work so hard in this winter, also during the testing.

“To get the car where we are and then for me everything is a new experience for me. To be on the grid, it was just crazy, with the National Anthem and the other 20 drivers, it’s very emotional and the race was so intense. To be having issue in Turn 1 and then attack ahead and then with the safety car, I went backwards, lost the track position and then on last lap made it into top ten, it is a bigger dream,” summed up Zhou.

As Formula One debuts go, it was a consistent and admirable drive by the newcomer.  It’s a dream for so many to reach the pinnacle of Motor Sport and in retrospect, so few actually do get there but Zhou has made it.

“My first dream was to get into F1 and second dream was to try to score here,” he said. “And my first ever championship point in Formula One. It’s huge for me and it means so much to the guys behind me watching back home.”

Zhou has been a consistent performer last season in junior categories where he finished third in F2 last year and won the Asian F3 title, while also having the Alpine test driver role, he was a busy man but all that driving stood him in good stead for his debut in Bahrain.

“I tried to give everything myself inside me from last years experience in junior single seaters, but to be in Formula One racing against Fernando, it was crazy but I don’t think about that, I just want to attack the top ten which was always my target, the points this season,” stated Zhou.

“The lap to the box was the most emotional lap I have ever had in my racing career.” But aside from it being a great drive, he also had to do it the hard way with an anti-stall issue at turn one on lap one. Nonetheless, he did fight with Lewis Hamilton too and that was definitely something to be chuffed about.

Notwithstanding, there were some eyebrows raised when he entered Grands Prix with the ‘pay driver’ tag, the opening race salvo has proved the doubters wrong for now. “I don’t know if the overtake was on TV or not,” said Zhou. “Once I had a problem into turn one, went to anti-stall and had to go to neutral, restart everything, it was strange stuff and my chance was very low to get to get to the points.

“So I attacked. Only had eyes forward. You guys think when Lewis came, it was hard and I overtook him and I knew he was much quicker. Very often it can be hit or miss. Once I gained that gap I had lost, so I don’t know how that had to come but I was eager to finish in the points.  So it really means so much, all this that happens.

“Once I was announced to be in F1, all talk and a lot of stuff like that always said I deserved to be here and today I think I showed that. I really want to show that I deserve to be here and everyone know what happened when I signed as I said, people making different noises which I definitely disagree and today I think I give it all back and that the most important thing,” summed up Zhou, who gave himself a 8 or 9 for his performance.

Meanwhile, the other half of the all new driver line up at Alfa Romeo, the vastly experienced Bottas took a creditable sixth place. It came after a good qualifying run and on the back of issues not just in testing but also in FP1 of Bahrain GP.

His own race was not without incident as excessive wheel spin when the lights went out saw him drop to 14th but hard work, positivity and a good strategy coupled with consistent pace saw him fight back through the field.

“The start was the main weakness of the race,” said Bottas. “We had a quick wheel spin and clearly didn’t have enough practice in testing with limited running and once I had the wheel spin at the start the rear tyres were cooked and I went backwards on the first lap but when things stabilised we went forward.

“It’s something to learn and something to look into, then when things stabilised we staged a good recovery, had a good strategy and good pace and its encouraging and I am really happy for Guanyu also. The pace is there and there are still some things with the car to improve, especially the high speed corners where we are experiencing a weakness but apart from that a good start to the year,” summed up Bottas.

A man who was always a tad unlucky at Mercedes despite his 10 victories, he has started well with his new team and this weekend has raised the bar somewhat to where they want to be as a unit. Coupled with that a newcomer who hit the jackpot in race one bringing the car home in the points. With their blend of youth and experience, Alfa Romeo have started 2022 very positively.

Here’s how the F1 Bahrain GP panned out