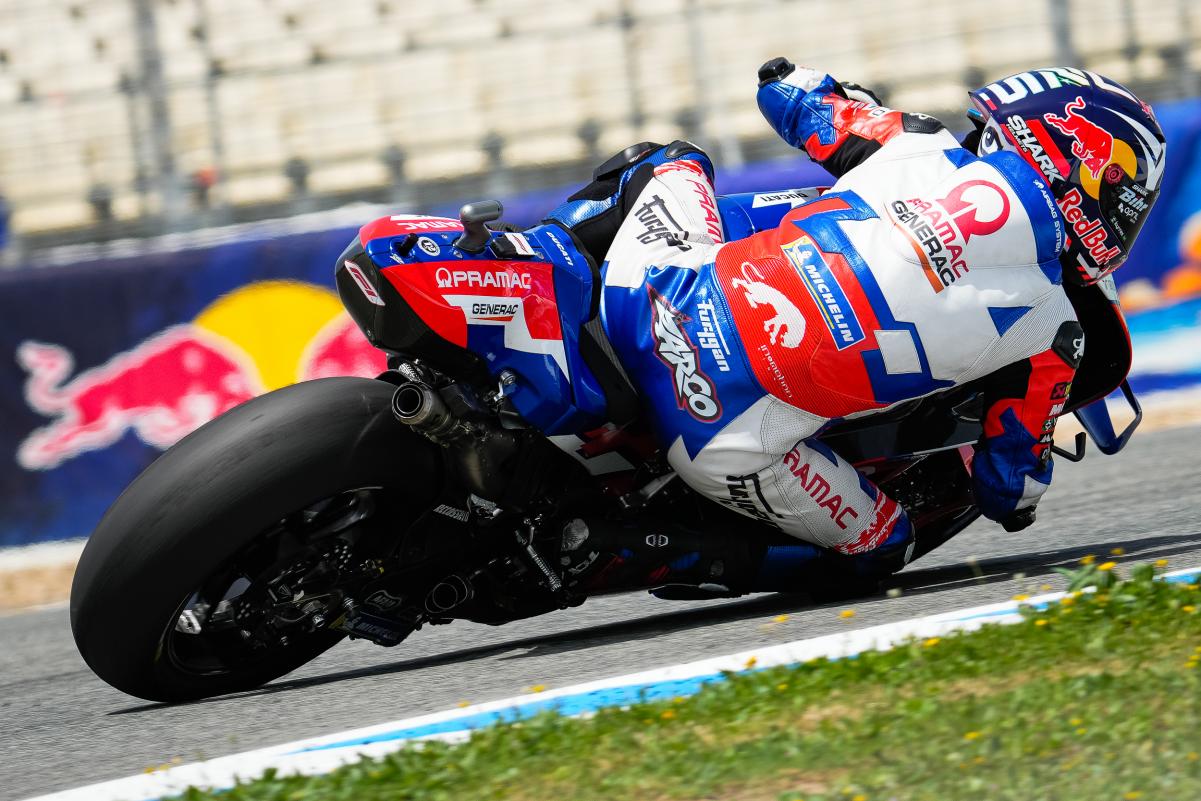 Post the Spanish GP at Jerez, MotoGP teams and riders stayed back at the circuit for the lone day of the test. Pramac Ducati’s Zarco ended up fastest in a crash strewn day, after he set a 1m37.136s lap with KTM’s Binder in second with a 1m37.294s lap.

Zarco had a crash but his time was unchallenged in the last four hours of the day, with Binder too having a fall. Quartararo was third with a 1m37.438s lap with Ducati’s Jack Miller in fourth from Honda’s Pol Espargaro and Suzuki’s Joan Mir in Top 6.

Gresini’s Fabio di Gianantonio slotted in 19th from LCR’s Takaaki Nakagami, who had a heavy crash early on which caused a red flag. The Japanese was taken to the medical center and is to have further checks in Barcelona.

KTM’s Miguel Oliveira was 21st from Tech 3 KTM’s Remy Gardner who had a fall too along with RNF’s Darryn Binder in 23rd. Aprilia’s Lorenzo Savadori also had a crash which left fluid on track and a red flag was needed to clear it. 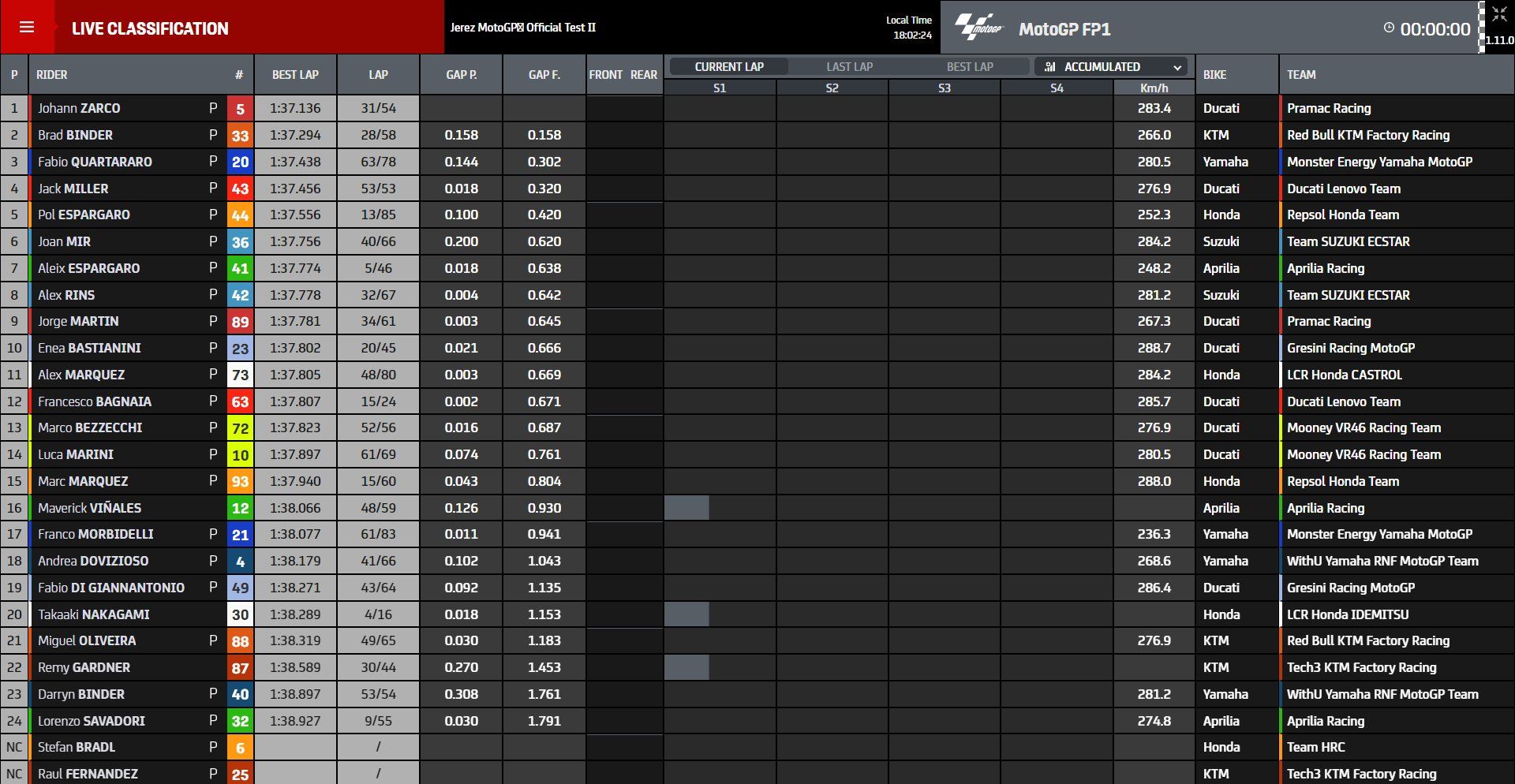