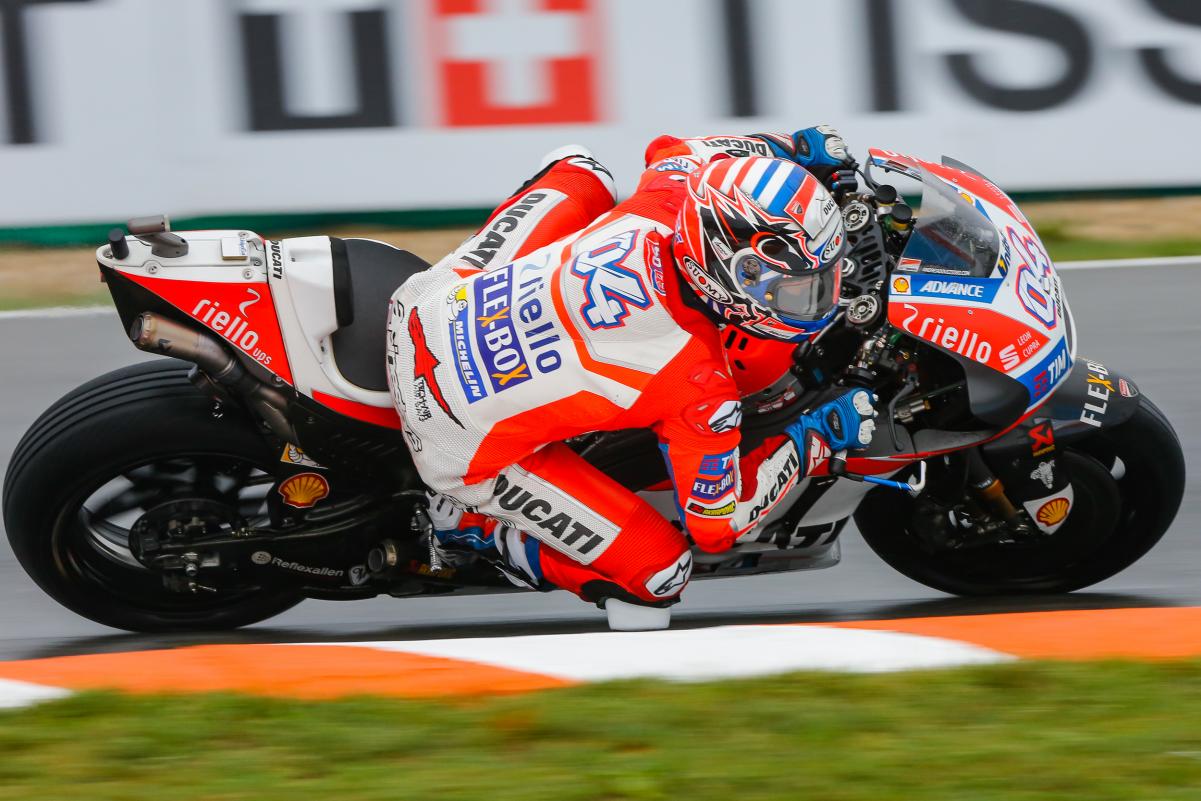 Johann Zarco has taken the best time of an FP1 under the rain, followed by Márquez and Lorenzo. Andrea Dovizioso has led the second season, on dry conditions, ahead of private Yamahas and Ducatis. Rossi, Lorenzo and Viñales are provisionally in Q1 positions.

On a morning session held under the rain, Johann Zarco has taken the best time (2:05.201) on the last minutes. Championship leader Marc Márquez has finished second with Jorge Lorenzo, who had been leading most of the practice, third.

FP2 was held on normal conditions, despite the track being slightly wet during the first ten minutes. However, the times from FP1 were easily beaten as soon as fast laps with the slick tyres were made.

One of the highlights of the session was when Lorenzo went on track with a new, strange fairing, which tried to emulate the effect that the winglets (now banned) did on the bikes last year.

Pedrosa led the most of the session, but some Ducatis did good times on the last minute, and Dovizioso took the best time (1:56.332), followed by Jonas Folger, Danilo Petrucci, Zarco, Héctor Barberá and Scott Redding. Rossi, Viñales and Lorenzo finished outside the Top 10, which means that, if it rains in FP3, they will have to take part in Q1.