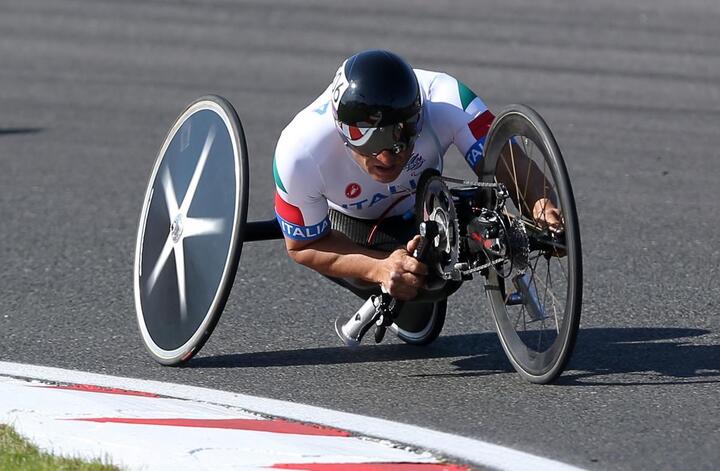 Former F1 racer and Paralympic athlete Alessandro Zanardi has met with an accident on his handbike and has been admitted to a hospital.

According several reports coming from Italy, Zanardi has been flown by a helicopter to Le Scotte hospital in Siena. As per Agency ANSA, the Italian met with an accident in one of the stages of a handbike competition, Obiettivo Tricolore.

It states that Zanardi is in a serious condition and has suffered from polytrauma. The accident – with a suspected heavy vehicle – occurred along the highway 146 in the municipality of Pienza, as the 53-year-old was then rushed to the hospital.

The Obiettivo Tricolore is the first event held to showcase strength of the people as they rise up amid COVID-19 pandemic. As many as 50 athletes are taking part in the event along with Zanardi. They are to reach Santa Maria di Leuca after starting from the North.

Zanardi started the journey from Varano de Melegari and has met with an accident in Pienza area, which is roughly 330 kilometers from his start point. It is a dreadful news for the Italian as memories of a mega crash at Lausitzring remains fresh from 2001.

He lost both his legs in the incident but the resilience was such that he returned to racing and also won gold medals for Italy in Paralympics in handcyling.

UPDATE: The hospital confirmed Zanrdi’s admission as he is being operated for severe head injury under ‘delicate neurosurgery’. The note said:

“Alex Zanardi, car driver, paracyclist and TV presenter, was hospitalized in very serious conditions at the polyclinic Santa Maria alle Scotte. He was involved in a road accident in the province of Siena. Zanardi was transported with the Pegaso helicopter and landed at the hospital in Siena at 6 pm. He was immediately taken care of by the emergency room professionals, assessed in the shock room and his conditions are very serious due to the severe head injury and is currently undergoing a delicate neurosurgery.”

UPDATE 2: The hospital noted that the surgery was performed but his health remains very serious as he has been shifted to the ICU.

“Regarding the clinical conditions of Alex Zanardi, hospitalized in very serious conditions at the Santa Maria alle Scotte polyclinic due to a road accident occurred in the province of Siena, the Health Directorate of the Aou Senese informs that the neurosurgical and maxillofacial intervention to which the athlete was subjected, due to the serious head injury, started shortly after 19 and ended shortly before 22. The patient was then transferred to intensive care, with a reserved prognosis. His health conditions are very serious.”

UPDATE 3: The morning update from Saturday had the hospital note that Zanardi’s condition remained serious but stable while under artificial ventilation.

“Regarding the clinical conditions of the athlete Alex Zanardi, hospitalized from 18 June 19 in very serious conditions at the Santa Maria alle Scotte polyclinic following a road accident occurred in the province of Siena, the Aou Senese Health Directorate informs that the patient, subjected to a delicate neurosurgical intervention on the evening of 19 June, and subsequently transferred to intensive care, he has stable hemodynamic and metabolic parameters. It is intubated and supported by artificial ventilation while the neurological picture remains serious.”

UPDATE 4: The hospital provided another update on Zanardi on Sunday where they stated that his condition remained stable overnight but they are not discounting the seriousness.

“Regarding the clinical conditions of the athlete Alex Zanardi, hospitalized at the polyclinic Santa Maria alle Scotte in Siena since 19 June following a road accident, the Health Department informs that the patient spent the night in conditions of cardio-respiratory and metabolic stability. Organ functions are adequate. It is always sedated, intubated and mechanically ventilated. The ongoing neuromonitoring has shown some stability but this data must be taken with caution because the neurological picture remains serious. The current conditions of general stability still do not allow to exclude the possibility of adverse events and, therefore, the patient always remains in a reserved prognosis.”

UPDATE 5: The update from the hospital for Monday states that Zanardi remains in ICU in a serious condition even though he is stable.

“The clinical conditions of Alex Zanardi remain stable, hospitalized at the polyclinic Santa Maria alle Scotte from 19 June. The third night of ICU stay passed without variations. The clinical conditions therefore remain unchanged in the cardio-respiratory and metabolic parameters while the neurological picture remains serious. The patient is sedated, intubated and mechanically ventilated and the prognosis is confidential. The multidisciplinary team that takes care of him will evaluate in the next few days any diagnostic-therapeutic actions to be taken.”

UPDATE 6: The Tuesday update from hospital brought no change as Zanardi remains in critical care.

“Regarding the clinical conditions of Alex Zanardi, the sanitary direction of the hospital-university of Siena informs that the patient also spent the fourth night of hospitalization in the intensive care unit of the Santa Maria alle Scotte polyclinic in Siena in conditions of stability in the parameters cardio-respiratory and metabolic. The neurological picture remains unchanged in its severity. The patient remains sedated, intubated and mechanically ventilated. Any reductions in sedo-analgesia, for the assessment of neurological status, will be considered starting next week. The prognosis remains confidential.”