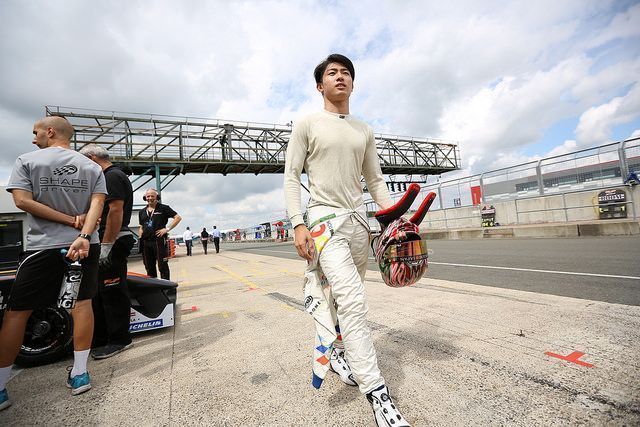 Japanese driver Yu Kanamaru will join RP Motorsport in the 2017 season of the World Series Formula V8 3.5. The 22 year-old driver from Tokyo, after his first full year in the Series (partnering the FIA WEC in six events), will dress the colours of the Italian team in the championship starting in April 15-16th in Silverstone.

The experience and the consistency of results shown by Yu Kanamaru, induce RP Motorsport to give him one of their cars. Kanamaru, after a long experience in karting, made his debut in single-seaters winning at Spa-Francorchamps with a Formula Renault 2.0. He later switched to the Euroformula Open, before debuting in World Series Formula V8 3.5.

« We are extremely pleased to have reached an agreement with Yu Kanamaru, and we are happy to see him at the start of next season with one of our two cars. We have had strong interest in him for long time, thanks to the talent shown in Formula 3 and to its rapid adaptability shown since its debut in this category. Finally we managed to reach this goal, thanks to which we will have in our team a driver able to guarantee us a mix of speed and experience. I think we have just established a long time agreement, able to remain the top of the standings, in a highly competitive championship such as the World Series Formula V8 3.5. Now we are already focused on the first test, where we’ll prepare the season in which we have lots of expectations »

« For me it is an honour to join RP Motorsport Racing, in the World Series Formula V8 3.5. I am very excited to drive the car and I want to give 100% for my new team. Together we can achieve very ambitious goals: we are already focused on the job ahead in the coming test at Motorland Aragon. Take part in such a prestigious championship, thanks to the partnership between the World Series Formula V8 3.5 and the FIA WEC, represents a further incentive to do well! »