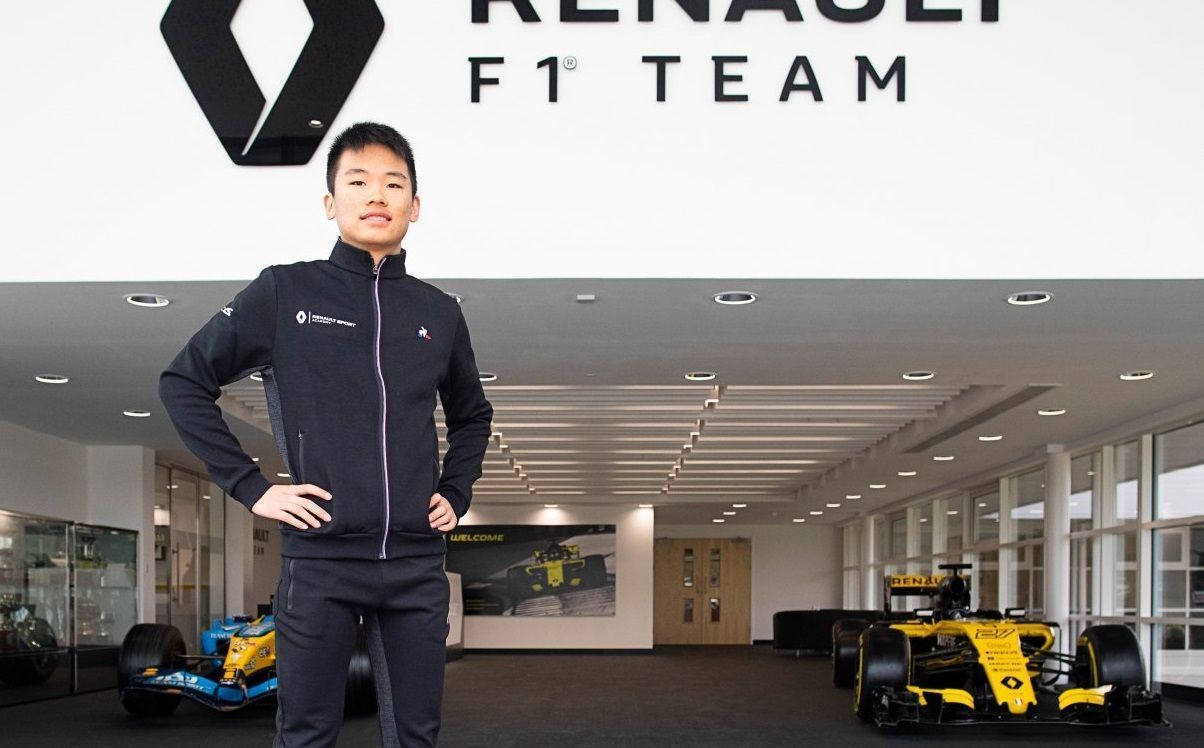 The latest signing was announced at Shanghai ahead of the F1 Chinese GP with Yifei joining Zhou, Daniel Ricciardo and Nico Hulkenberg for the media event. The Chinese racer will be competing in FIA Formula 3 Championship for Hitech GP in 2019.

“It’s a real honour to join the Renault Sport Academy,” said Yifei. “Over the years I have seen its members go on to achieve great things in racing. It gives incredible support in all areas; physical training, working with world-class engineers, media experience and career guidance.

“Of course I also know the importance and privilege of working with a global brand such as Renault and I am looking forward to honouring their reputation with some strong results this year and in the future. I will be working hard to reach F1 with Renault one day.”

Cyril Abiteboul, managing director of Renault Sport Racing, added: “We have been watching Ye Yifei for some time. He has impressed us with his results in all categories, plus his ability to integrate into any racing or cultural environment.

“For us, his future is promising and we are looking forward to guiding the next stages of his career as he continues his progress through the ranks. We are also pleased to be able to further promote Chinese interests in motorsport along with our partner Renault China and DRAC.”