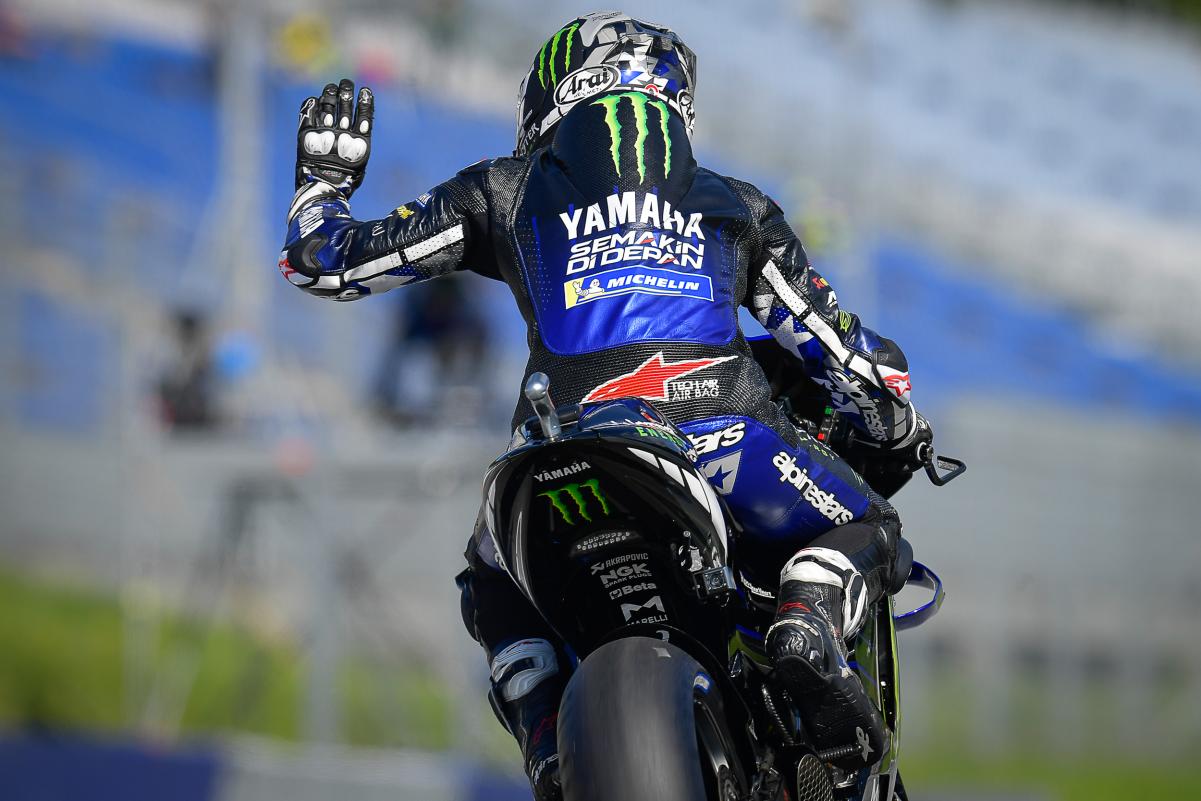 Yamaha has decided to suspend Maverick Vinales after finding irregularities committed by the rider during Styrian GP, as he won’t race in Austrian GP.

In further relation strain between the two parties, Yamaha has suspended Vinales after finding an irregular operation from the rider during the course of the Styrian GP, which potentially could have damaged the whole M1 bike.

Vinales had a good getaway during the initial start, but stalled on the second start in Styrian GP. He could never recover from the position in yet another horror show. The news of the suspension could eventually end his time with Yamaha even before 2021 end.

For now, Vinales will not race in Austrian GP, with Yamaha not fielding any replacement rider. Fabio Quartararo will be the sole entrant, as the future decision on their relation to be taken after detailed discussions between the management and the rider.

The rumours of Vinales joining Aprilia is strong for 2022 MotoGP after the Spaniard ended his deal with Yamaha before the summer break. However, in a serious charge like this, it could change things still. While there are no confirmed reports of the trouble, but many reporters have noted about the Spaniard revving his bike towards end of the Styrian GP.

The statement from the team in full:

“Yamaha regrets to announce that Maverick Vinales’ entry to this weekend’s Austrian MotoGP event has been withdrawn by the Monster Energy Yamaha MotoGP team. The absence follows the suspension of the rider by Yamaha due to the unexplained irregular operation of the motorcycle by the rider during last weekend’s Styria MotoGP race.

“Yamaha’s decision follows an in-depth analysis of telemetry and data over the last few days. Yamaha’s conclusion is that the rider’s actions could have potentially caused significant damage to the engine of his YZR-M1 bike which could have caused serious risks to the rider himself and possibly posed a danger to all other riders in the MotoGP race.

“The rider will not be replaced at the Austrian GP. Decisions regarding the future races will be taken after a more detailed analysis of the situation and further discussions between Yamaha and the rider.”