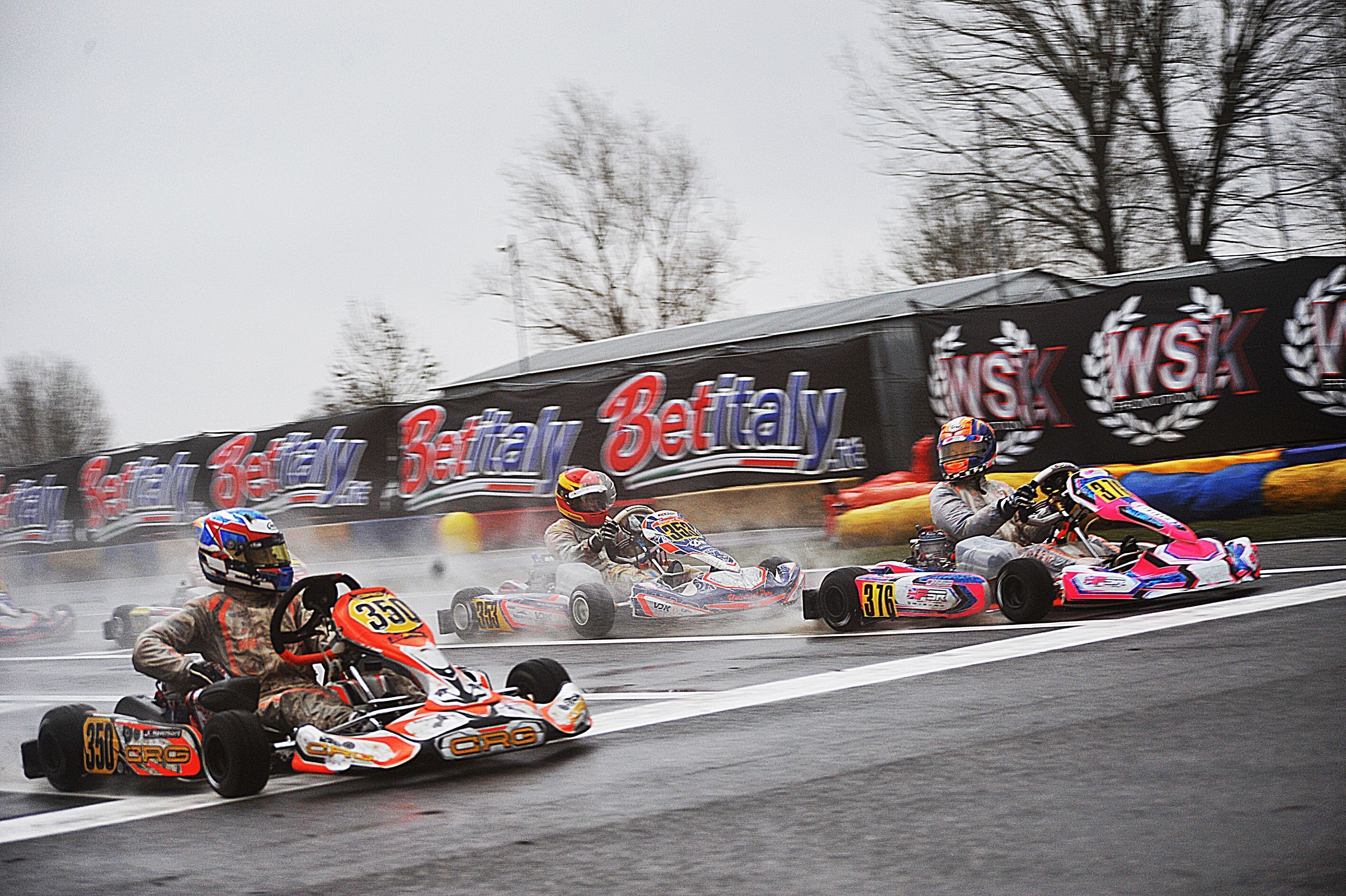 The central round of WSK Final Cup getting ready at the Settelaghi kart in Castelletto di Branduzzo (Italy): challenges on in all categories. The decisive moment on sunday, november 11th with live streaming on formularapida.net.

The great start to the WSK Final Cup campaign in Lonato (Brescia, Italy) two weeks ago envisages for a weekend with high expectations at the 7 Laghi International Circuit in Castelletto di Branduzzo (Pavia, Italy), the racetrack that will house round two from Thursday, November 8th to Sunday, November 11th.

This is the second of the three rounds of the International Karting Series organized by WSK Promotion, that has scored very important figures in its opener: 259 drivers on track coming from 42 different countries covering all 5 Continents.

The high value of these numbers matches the quality of the competition seen on track, with a lot of challenges ready to be repeated in the forthcoming round in Castelletto in the four categories KZ2, OK, OK Junior and 60 Mini that could see changes in the classification.

The provisional classifications of WSK Final Cup includes several promising young drivers that need to confirm the results put in at the opener in Lonato two weeks ago: it will not be a walk in the park for the initial leaders and it will be interesting to see them trying to fend off a lot of ranked rivals in the live streaming on formularapida.net on Sunday, November 11th.

This is what the very young driver from Jamaica Alex Powell (Energy-TM-Vega) is preparing to: he currently leads 60 Mini at 90 points and his followed by Brando Badoer (Parolin-TM) who came to the fore in the opener and totalled 69 points. The situation is quite similar in OK Junior where the British driver Taylor Barnard (KR-Parilla-Vega) is leading the pack at 84 points, while the Russian Nikita Bedrin (Tony Kart-Vortex, 53 points) will try to bounce back from the troubled weekend in Lonato.

The OK lead will be defended by Lorenzo Travisanutto (KR-Parilla-Bridgestone), who scored 90 points and is followed by the Dutch Kas Haverkort (CRG-TM) at 63. The Dutch Bas Lammers (SodiKart-TM-Bridgestone) is leading KZ2 at 90 points and will have to face the challenge of Marco Ardigò (Tony Kart-Vortex), who is the closest in the classification at 46 points.