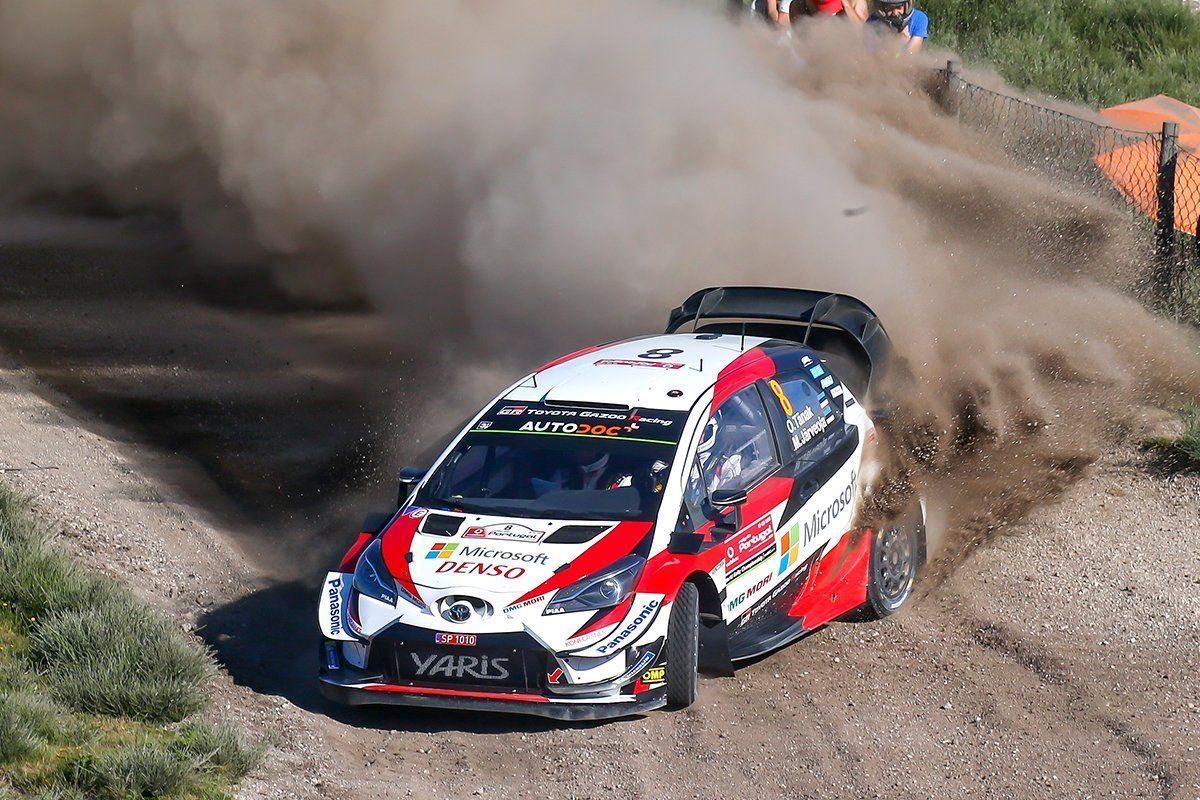 There was no stopping Tanak abode his Toyota GAZOO Yaris WRC as the Estonian started WRC Rally de Portugal in style to lead the pack at the end of Friday running when his title rivals struggled and made mistakes. Tanak took the lead in SS3 and kept it until the end.

He won SS2 and SS3 along the way to head Jari-Matti Latvala (co-driver Miikka Anttila and Kris Meeke (co-driver Sebastian Marshall) in a Toyota 1-2-3. Both Hyundai’s Thierry Neuville (co-driver Nicolas Gilsoul) and Ogier (Julien Ingrassia) had a slow start.

But misfortunes for others meant, they were still fourth and fifth respectively. In fact, Neuville won SS6 and SS7 to recover well but his teammates Dani Sordo (co-driver Carlos del Barrio) and Sebastien Loeb (co-driver Daniel Elena) did not go well.

Sordo led the way initially with wins in SS1 and SS2 but a fuel pressure issue in SS3 halted his progress with the same issue hampering Loeb with the latter eventually classified 39th and the former 42nd by the end of the day’s running.

Tanak’s lead shortened after Saturday but the Estonian continued to lead away with win in SS1. The Toyota driver faced brake issues early in the day but managed through to keep his lead while others had their problems to tackle as well.

The biggest loser of the day was Latvala, who despite wins in SS9 and SS10, was only 11th after the day’s run when the Finn damaged his suspension due to a hit and had to limp through for the remainder of the run which left him outside the Top 10.

Meeke finished second overall despite the suspension and hydraulic issues but he was closed in on by Neuville in third. The former won SS8 while the latter took wins in SS12 and SS13 respectively to set-up a solid fight for second on Sunday.

Points leader Ogier hung on well too to be fourth by the end as teammate Esapekka Lappi (co-driver Janne Ferm) climbed up from eighth to fifth. Hyundai played a team game as they used Loeb and Sordo to aide Neuville – the duo ending up 24th and 27th.

The organisers were forced to cancel SS14 and SS15 due to an internal issue on Saturday as Tanak did all what he had to do on Sunday with wins in SS16 and SS17 to take the WRC Rally de Portugal, his third win of the 2019 season.

Title contender Neuville ended up second with Power Stage winner and still the WRC points leader Ogier in third after a crash and retirement for Meeke, who had lost second to Neuville in SS19 and eventually ended his Rally de Portugal stint in a disaster.

M-Sport’s Teemu Suninen (co-driver Marko Salminen) finished a fine fourth with a SS5 win to his name with teammate Evans in fifth as Latvala recovered well to end up seventh an the last points score in the WRC category with Loeb 20th and Sordo 24th.