The FIA has released the 2023 World Rally Championship (WRC) calendar of 13 rounds starting in Monaco and ending in Japan.

An all-new three-country concept and the return to North and South America are major highlights of the 13-round 2023 FIA World Rally Championship calendar. In an exciting innovation, the WRC will feature a round which takes place across three countries when Austria, Czech Republic and Germany host the Central European Rally from 26 – 29 October. The asphalt rally will be based out of the south-east German city of Passau.

Running from January to November, the 2023 calendar features a number of regular stops, along with the return of Mexico and Chile for the first time since Covid-19. “We were absolutely determined to get the WRC calendar back to where it was pre-Covid, with a good spread of events inside and outside Europe,” expressed WRC Promoter Senior Director of Events, Simon Larkin.

He continued: “There was very high demand for the limited number of slots on the calendar, but we’re pleased with the range and variety of events we have. They will provide a great sporting challenge for the competitors, as well as providing the highest-profile events in each country.”

His thoughts were echoed by WRC Promoter Managing Director Jona Siebel. “We are incredibly happy to be returning to North and South America,” enthused Siebel. “We have maintained a dialogue with the Mexican and Chilean organisers throughout the Covid pandemic and we are confident this is now the right time for our return.

“Additionally, with an exciting new concept added to the mix, the WRC is well-placed to reach more fans than ever before.” Beginning with the traditional season opener in Monte-Carlo from 19 – 22 January, the snow and ice of Sweden (9 – 12 February) await drivers for the second stop as the championship returns to Umeå following a successful debut of the new-look winter rally in 2022.

The first long-haul journey of the year takes the championship to Rally Guanajuato México from 16 – 19 March before a return to Europe for the first all-asphalt event of the year, Croatia Rally, from 20 – 23 April. The Croatian fixture now enters its third edition and will once again be based out of the country’s capital Zagreb.

As the season begins to build towards its climax, South America awaits as the WRC goes back to Concepción, Chile for the first time since it debuted in 2019. The gravel event will run from 28 September – 1 October. At the end of October, Austria, Czech Republic and Germany play host to Central Europe Rally ahead of FORUM8 Rally Japan – which is back hosting the season finale from 16 – 19 November. 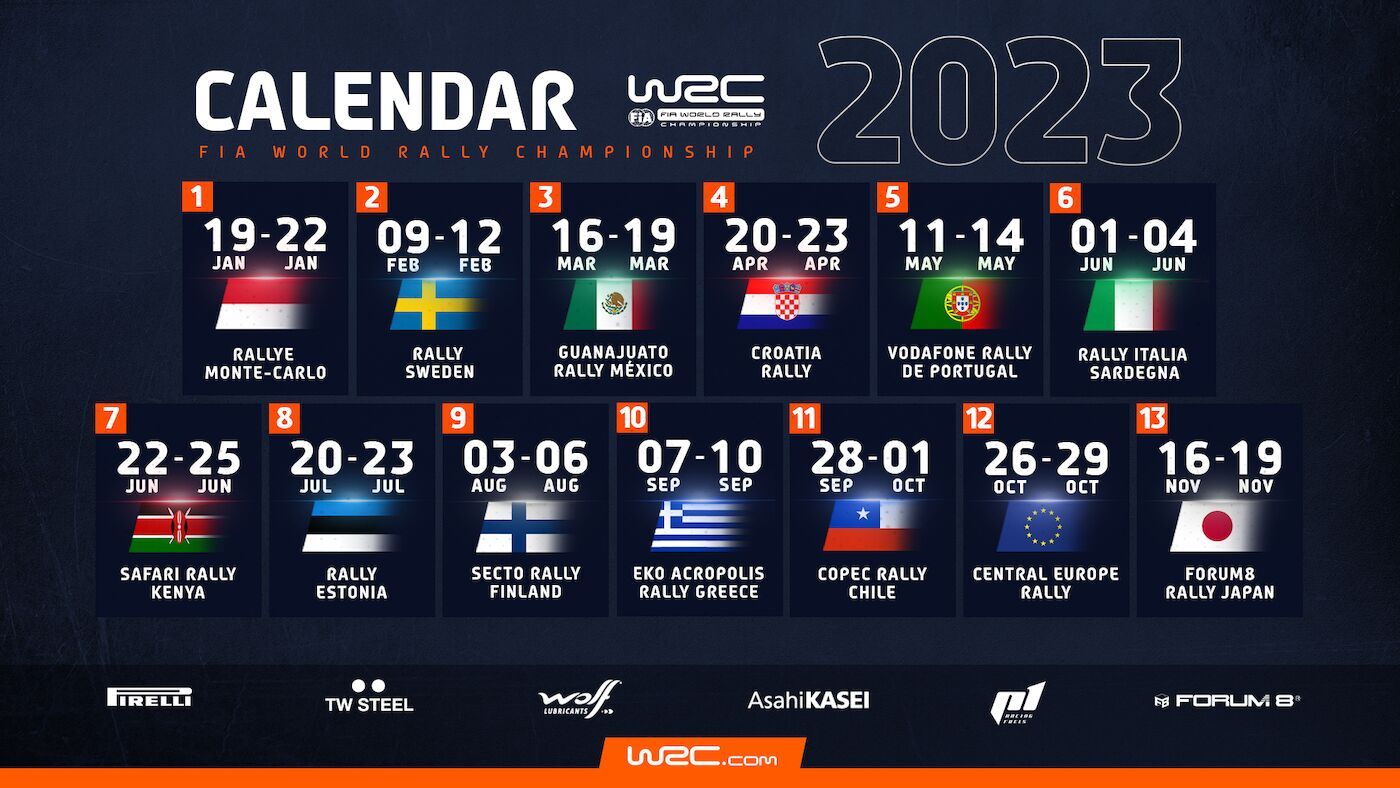