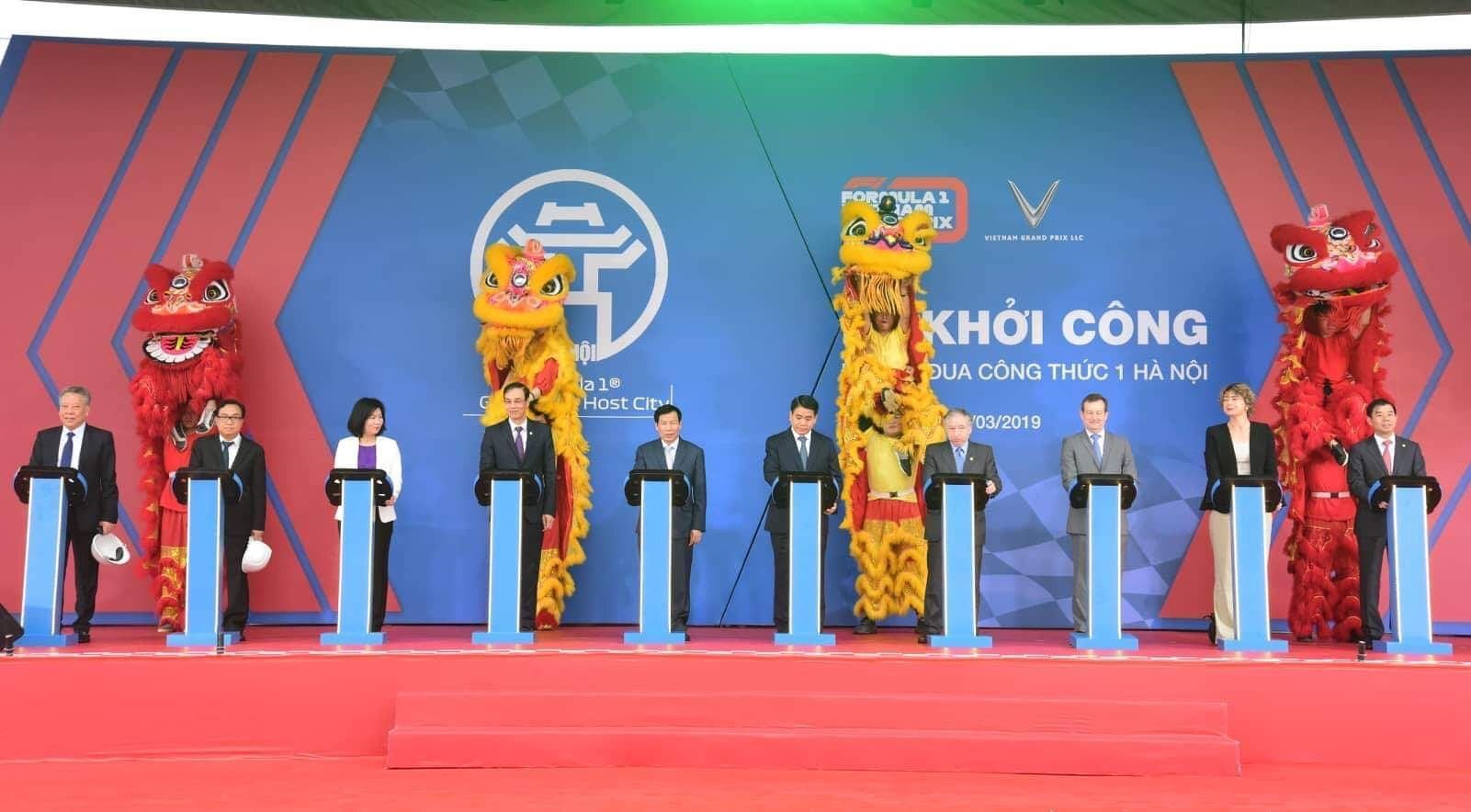 The FIA president Jean Todt visited Hanoi, the venue for the F1 Vietnam GP, to lay the foundation stone for the work to kick-start on the circuit.

F1 officially announced a multi-year deal with Vietnamese Government for a Vietnam GP in the country from April 2020 onward as the sport taps another new place in the South Eastern region – or the Asian region, especially after losing Korea and India.

A track map for the upcoming 5.565 km street circuit was also revealed at the time of the announcement, the work on which has officially started on Wednesday as FIA president Todt laid down the foundation stone in the presence of key Vietnamese officials.

‘”It is fantastic for the development of the motorsport in Vietnam and in the region,” said Todt to the media during the foundation event near the circuit. “I really hope that soon here will also be facilities to host cart racing, drifting racing.

“You have young people, talented with a passion for motorsports, that’s why I think it’s very important to involve very quickly a new category of motorsport.” The new street circuit has been designed with cues from existing tracks.

The statement from the Vietnamese Government talks of those inspirations: “The circuit features 22 turns over the total length and will become the F1’s fourth street race along with Monaco, Singapore and Azerbaijan.

“The tight Turns 1 and 2 is modelled on the opening sequence at the Nurburgring. The section out of Turn 12 will weave through the barriers in a manner similar to the climb out of Sainte Devote in Monaco.

“A later section of the track – through Turns 16 to 19 – is similar to the Esses at Suzuka. The circuit layout, created in collaboration with ubiquitous F1 designer Hermann Tilke, also features long straights, one of which is 1.5km in length and should see cars reach speeds of around 335km/h (208mph).”

“F1 is always considered the king of all races, we have designed a challenging street circuit imprinted with Vietnamese identity and architecture,” said promoters, VinGroup deputy chairman, Nguyen Viet Quang.

With the first Vietnam GP is set for April 2020 – the exact date of which is yet to be revealed, the statement adds that the expectation and the target is for the circuit construction to be completed by March 2020, just in time for the April start.

With the Hanoi People’s Committee Chairman Nguyen Duc Chung today in Hanoi. Glad to support the effort of Vietnam 🇻🇳 to promote #Motorsport and #RoadSafety pic.twitter.com/XUcneN4972