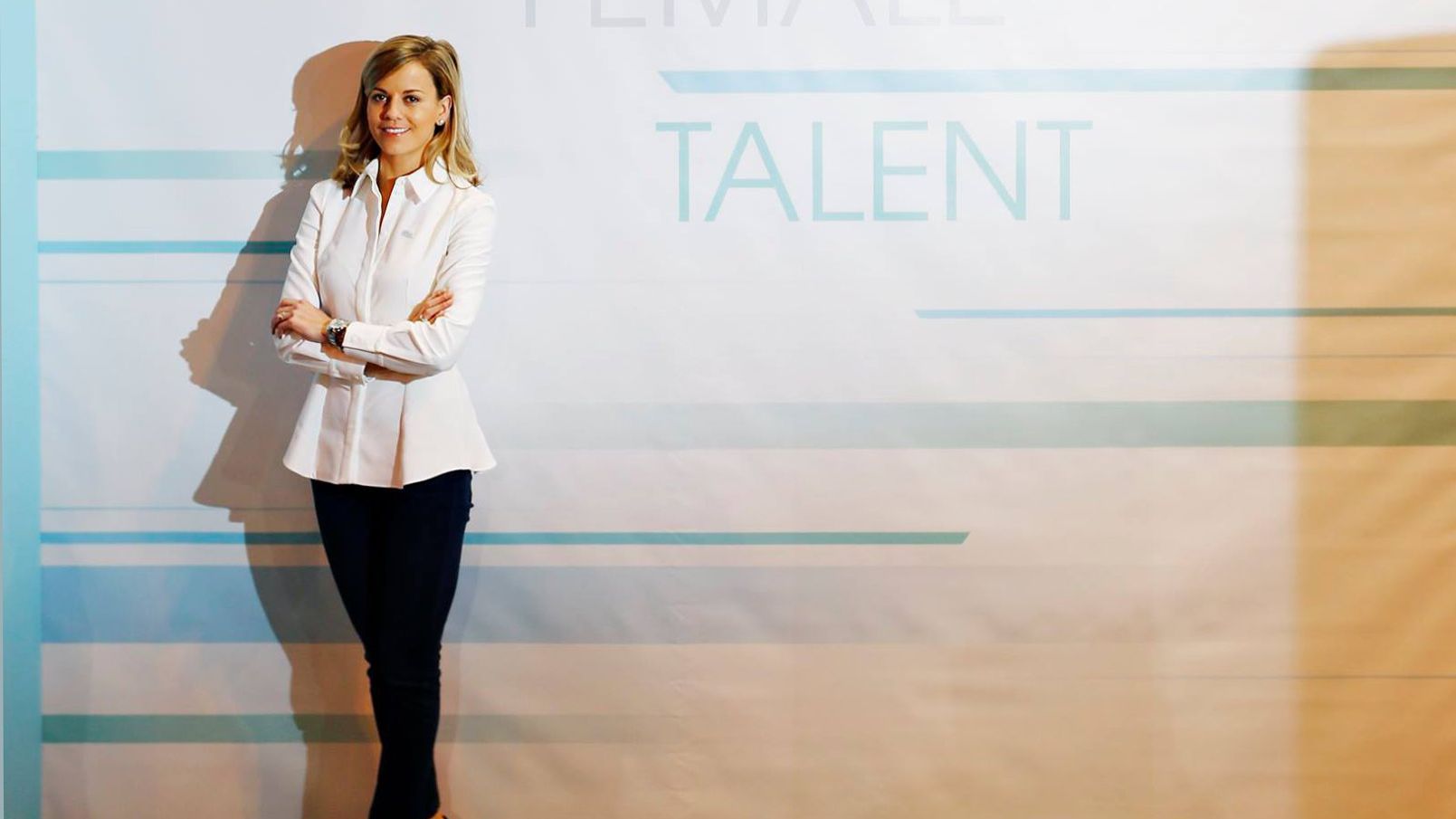 As a fan, are you taken seriously when you publish in Facebook groups or pages?

Nina: I stopped replying about F1 as most people commenting there don’t have the knowledge we have about the subjects. They are “trolls” so to speak and they don’t take seriously what we might say. It’s even more difficult as we are women. I often commented under F1 articles before ToileF1 became Motorsport France.

Nowadays, I mainly comment under articles about young drivers in order to bring my knowledge about them. I am often in paddocks so I am taken more seriously for example on a page about the Pau Grand Prix but also since I work with Van Amersfoort Racing.

Nevertheless, it is still complicated to make yourself heard when people think that because you’re a woman, you watch F1 for drivers when in mostly is about men wearing helmets driving for 1h30. I stopped trying to defend myself on F1 but I always comment under posts about GP2, GP3 and FIA F3.

Chloé: I stopped commenting a few years ago. It’s not really because we are not taken seriously, but mostly because we are in sterile conversations. I feel like people stay on their positions no matter what. That is why I stopped. I never looked at women’s comments to see if they were taken seriously or not. You have to admit that people don’t read the comments and keep talking.

Dorothée: I comment on seldom occasions but I still do it under articles I haven’t written or posted myself. However, you sometimes have to explain what is in the article. I only comment to explain something wrong. About the comments I post, they either remain unseen or accepted by men fans. I had more problems with women to be honest but I think the woman fan is more accepted now than it was five or six years ok. It was difficult to be seen but today it’s normal that a woman can like and comment F1 and have knowledge.

When you post or write an article, are you taken seriously or do people assume it could be written by a man?

Nina: I don’t think so. We are quite a few women at FormulaRapida.net. I think we must be four or five to regularly write for the website. I don’t think there is a huge difference between what I write and what Arnau [Viñals] write. I also speak three of the four languages spoken on the website, I often do translations. Everyone has their own way of writing and there is no difference between men and women about the way of dealing with the information. You might see a difference in opinion articles but even then, for having translating some, I don’t see much difference.

Chloé: I agree with Nina. I have never been through criticism because I was the author.

Dorothée: In my first moments of writing, I was receiving criticism because I was a woman on the page I was writing for. But since I write for France Racing, I did not have any problem. When it comes to information there is not a huge difference but on the opinion articles I think we have a difference point of view than men.

Today, what is the real place of women in motorsports?

Chloé: Women are not necessarily in communication work as one may think. In Michelin, there will soon be a technical adviser. I think women can also find their place in engineering or behind a wheel. I think a woman can legitimately have a man’s place. There should not be any difference.

Nina: Most of women in motorsports stay in communication jobs (journalist, PR). But in F1, there are more women on the pitwall (Ruth Buscombe at Sauber, Kim Stevens at Mercedes) and I think it is a good thing.

When you see Mercedes make their marketing manager (Victoria Vowles) on the podium in the US, it is a strong message. We don’t often see women like that. Today we still need to fight for the image of the female driver and if I have to fight, I would do it alongside Tatiana Calderón and not Carmen Jorda, or at least the use of Carmen Jorda’s image.

Dorothée: The position of women in motorsports had evolved a lot those last few years. We now find many women in key posts other than communication. It’s mostly “behind the scenes” roles where passion and skills dominate. For a female driver, it is more difficult because of the mediatisation.

Translated from French by Nina Rochette