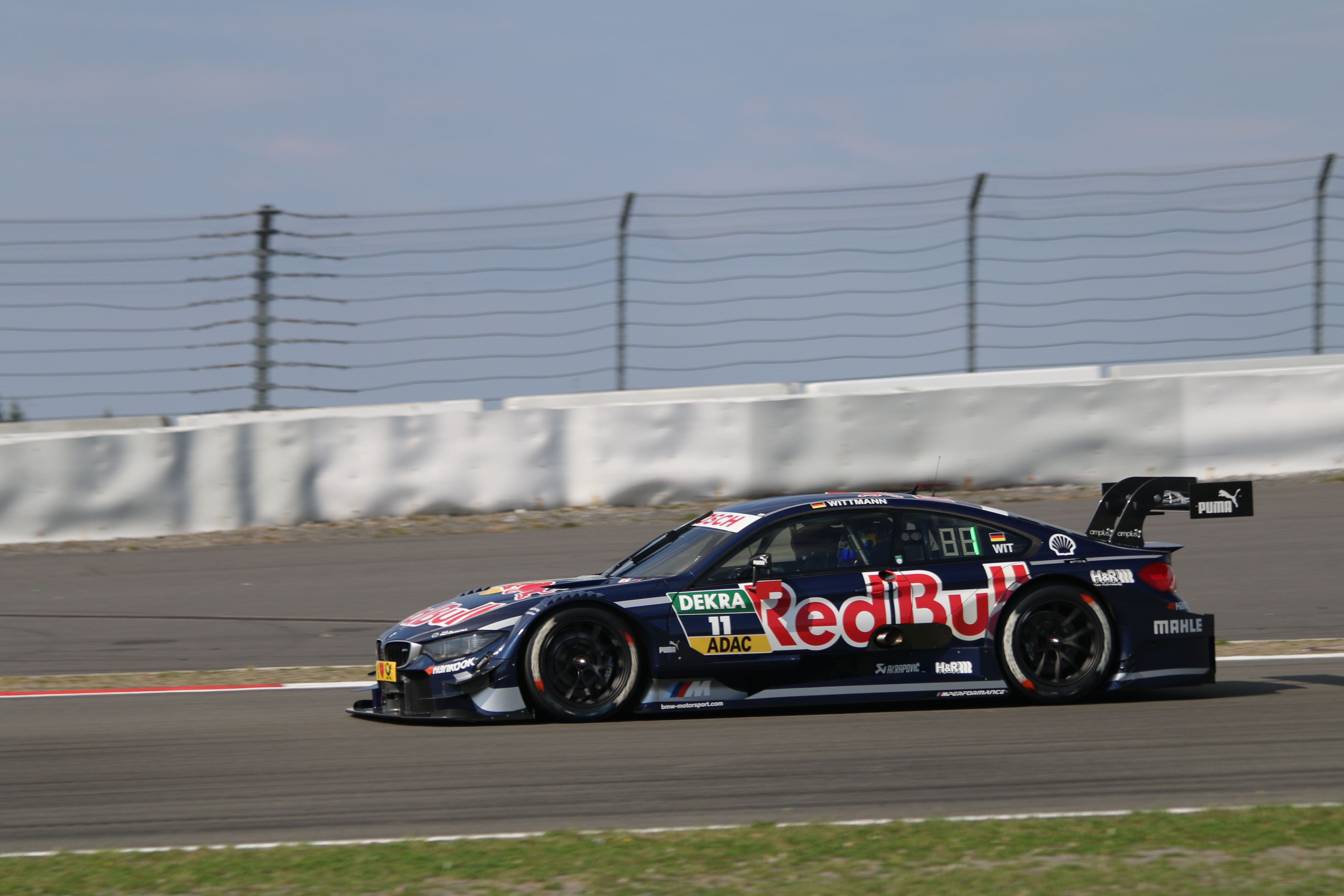 The BMW driver, Marco Wittmann, wins with authority ahead of Blomqvist and Green

Started the first race of the weekend at the mythical Nürburgring in Germany where the first line of the grid was for the BMW of Wittmann (BMW Team RMG) and Blomqvist (BMW Team RBM), were still the two Audi of Green (Audi Sport Team Rosberg) and Mortara (Audi Sport Team ABT Sportsline) and finally the Mercedes of Juncadella (Mercedes-AMG DTM Team HWA).

After a great exit for the championship leader and a small fight in the first three curves, there were no major changes in the first lap where Wittmann passed in first position and followed by Blomqvist and the Audi of Green, on the other hand Dani Juncadella remained in a magnificent 5th position being the best of the Mercedes cars.

The minutes passing and Wittmann continued to dominate, but began to see the first struggles in the middle part of the classification with a spectacular overtaking by Glock to the outside in curve 1 to the young pilot of Mercedes Lucas Auer. Meanwhile, the Mercedes were doing teamwork and di Resta and Paffet were gaining positions.

We arrived in the middle of the race and Wittmann remained in first position followed by Blomqvist. Green Left go to Mortara that arrived with more rhythm by attempting to cut distance with the pilot of BMW.

At that time was one of the best struggles of the race. Leaving Wittmann on a side, Mortara struggled with Blomqvist, but a pass of braking in the last chicane made Juncadella, Green and Spengler come together with the BMW and Audi drivers  leaving a group of 5 drivers fighting for the second position. Multiple overtaking in the curves  1, 2 and 3 that finally ended with the aspirations of Dani that received a blow of the canadian of BMW, Bruno Spengler, thus causing its decline of positions until the end of the classification.