At the start of the session and with cold environmental conditions are a cool track, the drivers began to make the first laps, with Audi’s and BMW cars dominate the timesheet. 5 of the 8 drivers of BMW are in the top.

Between the first and the last ranked only had a little over a second apart, which means that the struggle for the “pole” will be hotly contested, with minimum distances.

After 15 minutes, the majority of drivers stopped in the pits to change tires and / or adjust settings.

The British circuit of Brands Hatch to be very short and fast, making most drivers make the most of the pianos, this caused some to the track, especially the curve 5. To give you an idea that the leader of the free at that time, Marco Wittmann had only took 41 seconds to make the fastest lap. Wittmann a BMW driver that would dominate the session until their fellow BMW Tomzcyk Martin moved into first place in the absence of the final 45 minutes of the session.

Meanwhile, in the pits, Mattias Ekström (Audi), still locked in box as his team was making changes in their settings. Most useful to drivers stopping to box a second time. And with new tires, Timo Scheider (Audi) broke the dynamics of BMW and got first, everyone improved their times. But Wittmann come back with 20 minutes remaining of the season.

5 minutes remaining, Rockenfeller improved his time and extended the distance to one tenth, but Wittmann returned to first place finishing first in the free practice of today. Followed by Rockenfeller, Scheider, and the last year champion: Spengler(BMW). 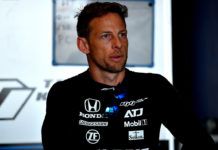