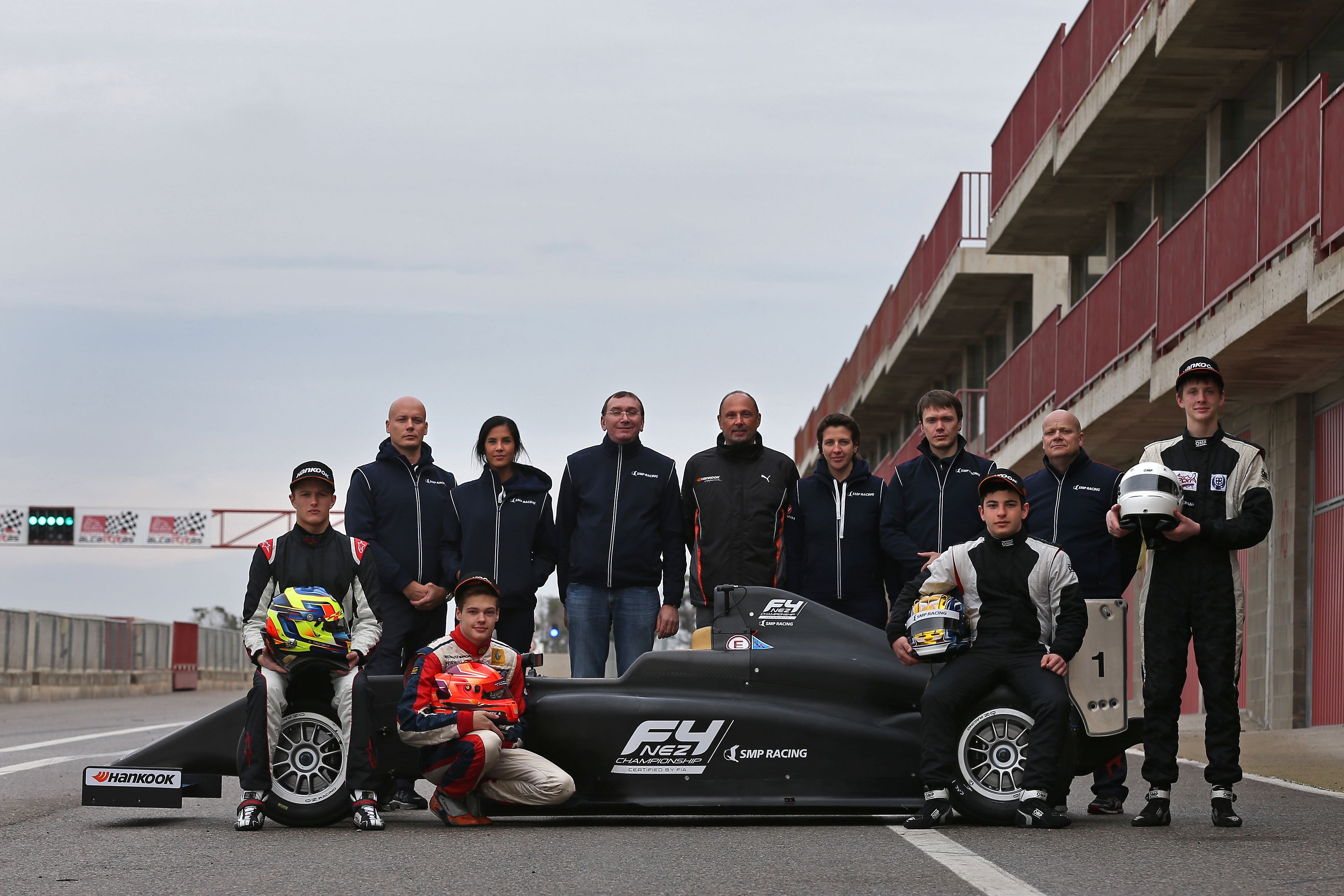 The SMP F4 Championship season has started today on Circuit of Alcarras, Catalonia. With a temperature close to zero and a misty rain, the SMP Racing drivers where the four first to hit the Catalan track on the latest F4 cars delivered by Tatuus and powered by Abarth engines.

At the wheel of the F4-T014 were Nerses Isaakyan, Alexey Korneev, Nikita Troitsky and new driver Artem Kabakov. The 16 years old driver from Russia Artem Kabakov, competed last season in the Russian Touring Championship and entered one round of the F4 Italian Championship.

The morning session showed Isaakyan going fastest, lapping the track in 1.40,9 with his rivals being in 1.41,9 for Alexey Korneev and 1.42,5 for Nikita Troitsky on Hankook rain tires.

“It was difficut for me this morning in wet conditions as it was only my second time under the rain and my second time in Formula, I managed to sign a time of 1.42,1, however it was interesting to see the progress I could make, even in tricky conditions when the track was drying up and that we were driving on slicks.”

“My morning was very hard as it was my first experience on a wet track, I for sure need more experience with the car and this is the aim of those two days: get more track time.”

After a one hour lunch break, the rain stopped pouring on Alcarras and drivers could mount used slick tires to get used to the damp track, until the last run, when the four cars left the boxes with a new set of Hankook Ventus Race Formula type tire.

“I unfortunately spun on my first lap with new tires and therefore could not take advantage of them fully, however I am very satisfied of my improvements this afternoon”.

The best lap of this afternoon session was signed by Nerses Isaakyan in 1.32,3, who commented:

“The drying up conditions are very interesting, I liked experiencing it. And for my run on new tires, I have to admit that the Hankook tires are very special as you can push for ten laps and they still don’t destroy ! This is indeed very good when you are young and learning like us. My goal for tomorrow is to get under the 1.32’ window.”

“F4s are very good as they allow drivers to compete at a low price, and help for drivers selection. The SMP F4 Championship is important for us and as well for Russia as it helps promoting motorsport in a country where the interest for the discipline is growing really fast.”

Tomorrow the session will start at 10.00 local time.