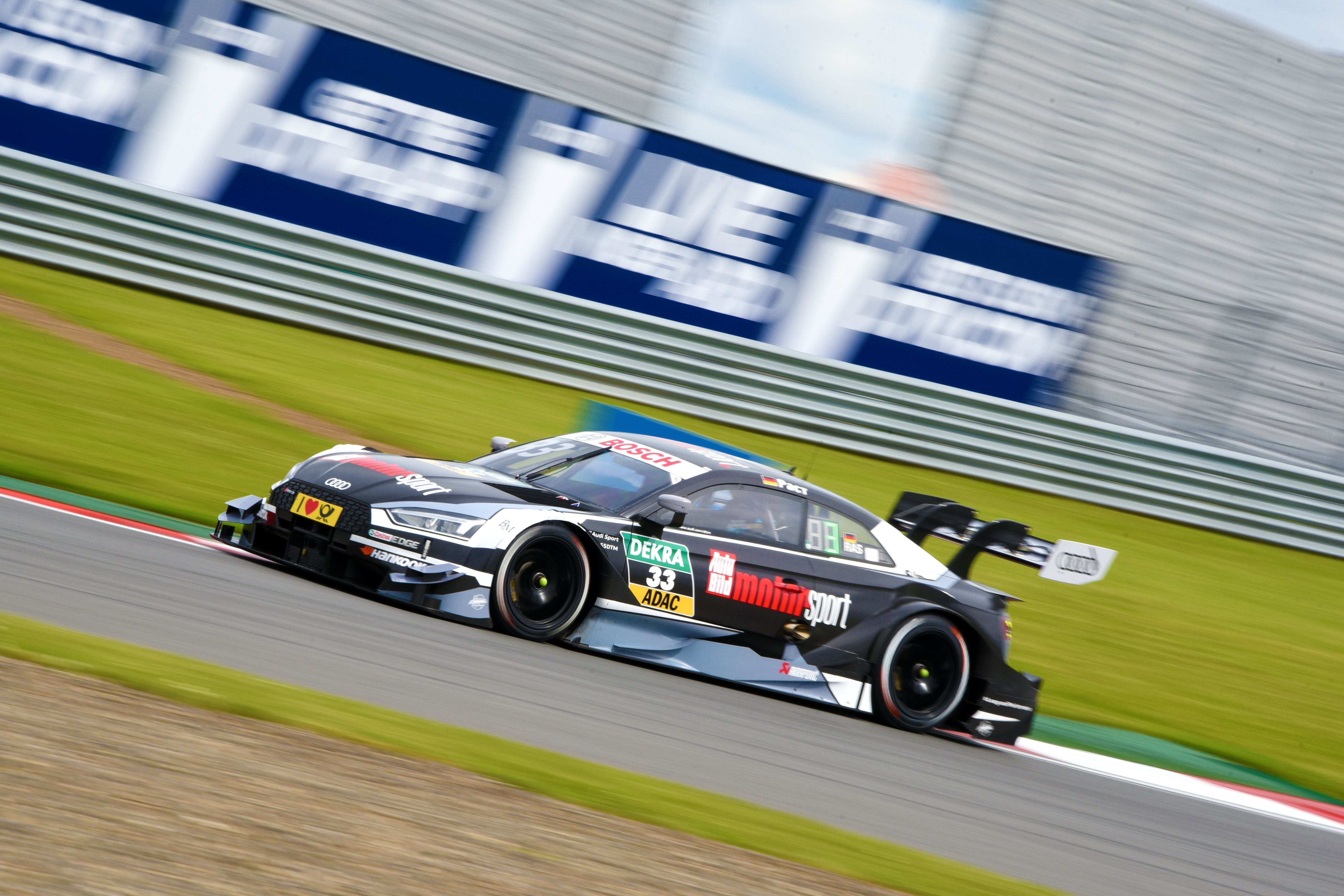 In his first race at Moscow Raceway, René Rast claimed victory straight away. In the race at the 3.931 kilometres long track on Saturday, the Audi driver converted his pole position into a commanding race win, his second victory in the most popular international touring car series. Thus, the German claimed back the DTM points’ lead at the halfway point of the season with nine of 18 races in the books. In spite of his foot injury, incurred in the accident at the Norisring, Mike Rockenfeller finished second and thus completed the 1-2 for Audi. Reigning DTM champion Marco Wittmann secured third place with his BMW. Robert Wickens finished fourth as the best-placed Mercedes driver.

“That was an almost perfect race,” winner Rast summed up. “My start wasn’t optimal, but after that, it went really well. I led the race throughout and I am happy to be back in the lead of the points’ standings.” He didn’t have any worries that his fellow Audi driver Rockenfeller would challenge him for victory. “Mike was within the DRS window but he was never really close enough to attack.” That Rockenfeller could be this fast in the first place after his accident, he owes to the doctors and the physiotherapists. “They deserve many thanks,” the second-placed said after finishing only 0.770s behind Rast. His broken metatarsal bone was fixated with a special tape. Rockenfeller only had limited use of his injured left foot: he had to adapt his driving style and switch to right-foot braking.

While positions were taken up front, Marco Wittmann had to fight for his slot on the podium. “The opening lap was really good,” he commented. “After that, I had some good duels, particularly with Robert Wickens, whom I had to let in front for a while.” He claimed back third place in the final stages of the race and secured yet another podium finish in Russia after his victory in Moscow last year and his second place from 2014. “I would be more than happy if we can build on this performance tomorrow.”

Mattias Ekström only finished eighth after 38 laps. On the opening lap, the Swede tangled with Timo Glock, slid off the track and lost several positions. Glock was given a warning by the stewards for the incident. In spite of his early pit stop on lap three, a tactic that had allowed Ekström to score points on several occasions in previous races, and duels that he decided in his favour, Ekström only managed to finish eighth. Thus, he lost the lead in the drivers’ standings.

The race result from Moscow considerably mixed up the DTM drivers’ standings. The first three drivers are separated by only six points. After nine of this season’s 18 DTM races, René Rast is leading again with 99 points. Lucas Auer is second with 95 points after finishing sixth today. Ekström is third at 93 points. In the manufacturers’ standings, Audi extended its lead and at the half-time point ranks in first place with 378 points from Mercedes (309) and BMW (276).