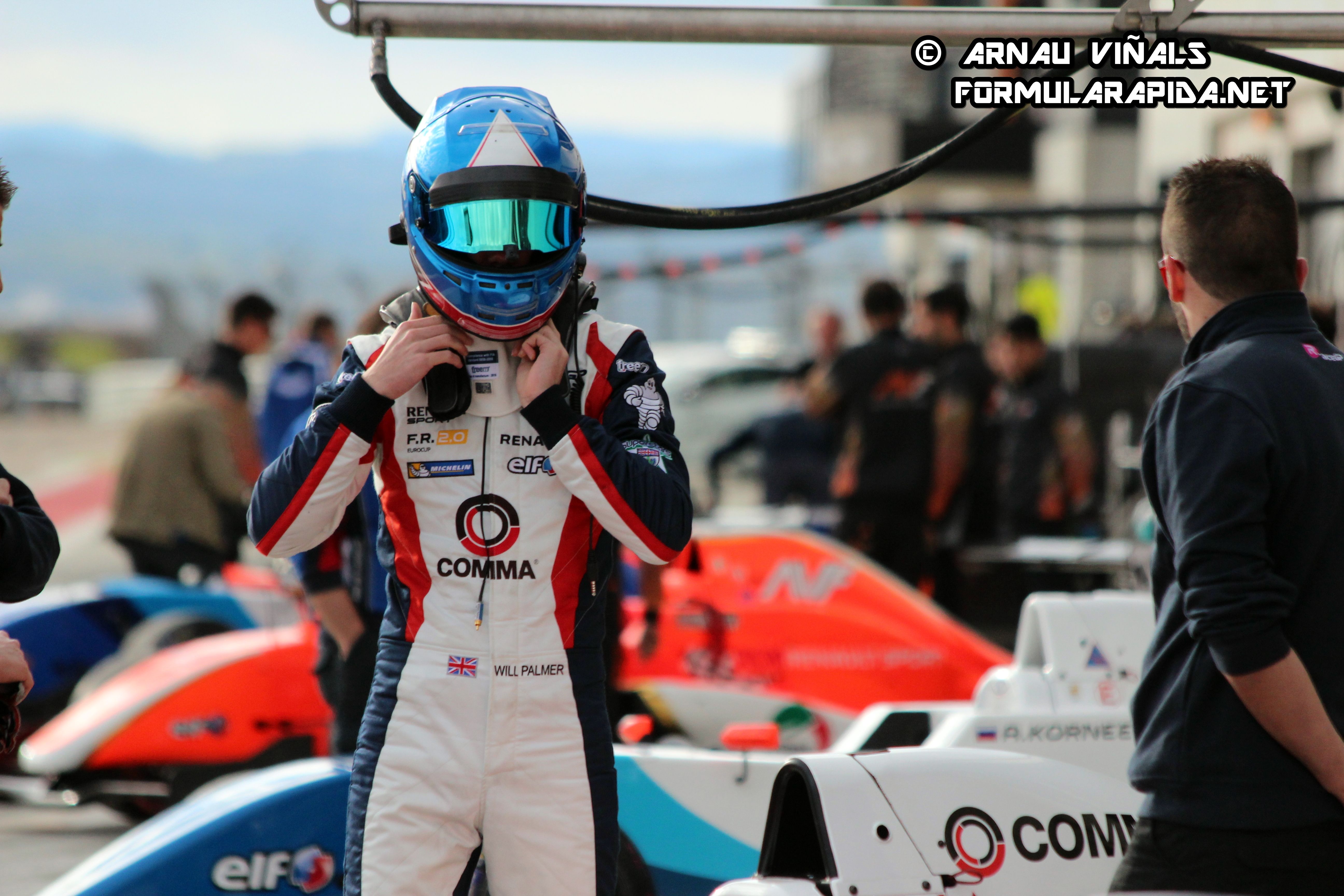 After a successful first Formula Renault season in which he scored his maiden victory in European racing, Will Palmer will remain with the R-Ace GP team for 2017 and compete in the Eurocup category, as he sets his sights firmly on the title.

The 2015 BRDC Formula 4 Champion enjoyed a promising 2016 season as he raced in both the Eurocup and Northern European Cup Formula Renault 2.0 championships. Last year’s McLaren Autosport BRDC Award (MABA) winner took his first victory on the continent at the season-ending Eurocup meeting at Estoril in Portugal, and that secured him a top-three rookie finish, and seventh overall, in the highly competitive category. He then concluded his season by testing a McLaren Grand Prix car at Silverstone, as part of his prize for winning the MABA, to widespread acclaim and praise from those present. The 19-year-old also scored three overall podiums in the Northern European Cup, but for 2017 the BRDC SuperStar will focus on his Eurocup campaign.

Eurocup Formula Renault 2.0 is one of the most competitive single-seater series in Europe with grids regularly averaging over 30 cars, and graduates including current F1 drivers Valtteri Bottas and Stoffel Vandoorne. For 2017 the championship will grow yet further, with two drivers from the championship, including the winner, joining the Renault Sport Academy, which will give them access to resources provided by the Renault Sport Formula One Team. They will also receive financial backing for their 2018 programme.

The calendar will also grow from seven rounds to 10 for 2017, and comprise 19 races as opposed to the 15 that formed the 2016 schedule. The Monaco Grand Prix-supporting race on the streets of Monte Carlo will remain, whilst one week prior to that, the Eurocup field will get a chance to test their abilities on another legendary street track as two races are held on the Pau Circuit in France. The series will also visit a number of other F1 venues around Europe including Monza in Italy, Silverstone in the United Kingdom and Spa-Francorchamps in Belgium.

Will said: “I’m delighted to be staying with R-Ace GP for a second season in Formula Renault Eurocup for 2017. I’ve learnt a huge amount in my first year racing in Europe, and after a strong end to the year as well as a very promising post season testing program, I’m very confident of fighting for the title next year. I worked well with R-Ace GP this year and I have absolute confidence in everyone in the team to give me the best opportunity possible to deliver next year.

“It is also exciting to see the Formula Renault Eurocup being expanded for next year. There will be 10 rounds which will include all European Formula One tracks, including Monaco once again which I am massively looking forward to already. There are also some new teams joining the series so I am sure it will be a very competitive year for the championship.”

“After a promising 2016 season, which saw Will take his first Eurocup podium at Paul Ricard and then claim his first win in the category at Estoril, I am very glad that he will be back with us at R-Ace GP and we can fight for the Eurocup Formula Renault titles in 2017.

“With 22 podiums and five wins scored in 2016, we are confident as a team that we can achieve even more in 2017 thanks to the amazing dedication of the people here and Will’s competitiveness. The whole team and Will have been working hard through an intensive testing program for the last two months and we now feel ready and are looking forward to 2017.”