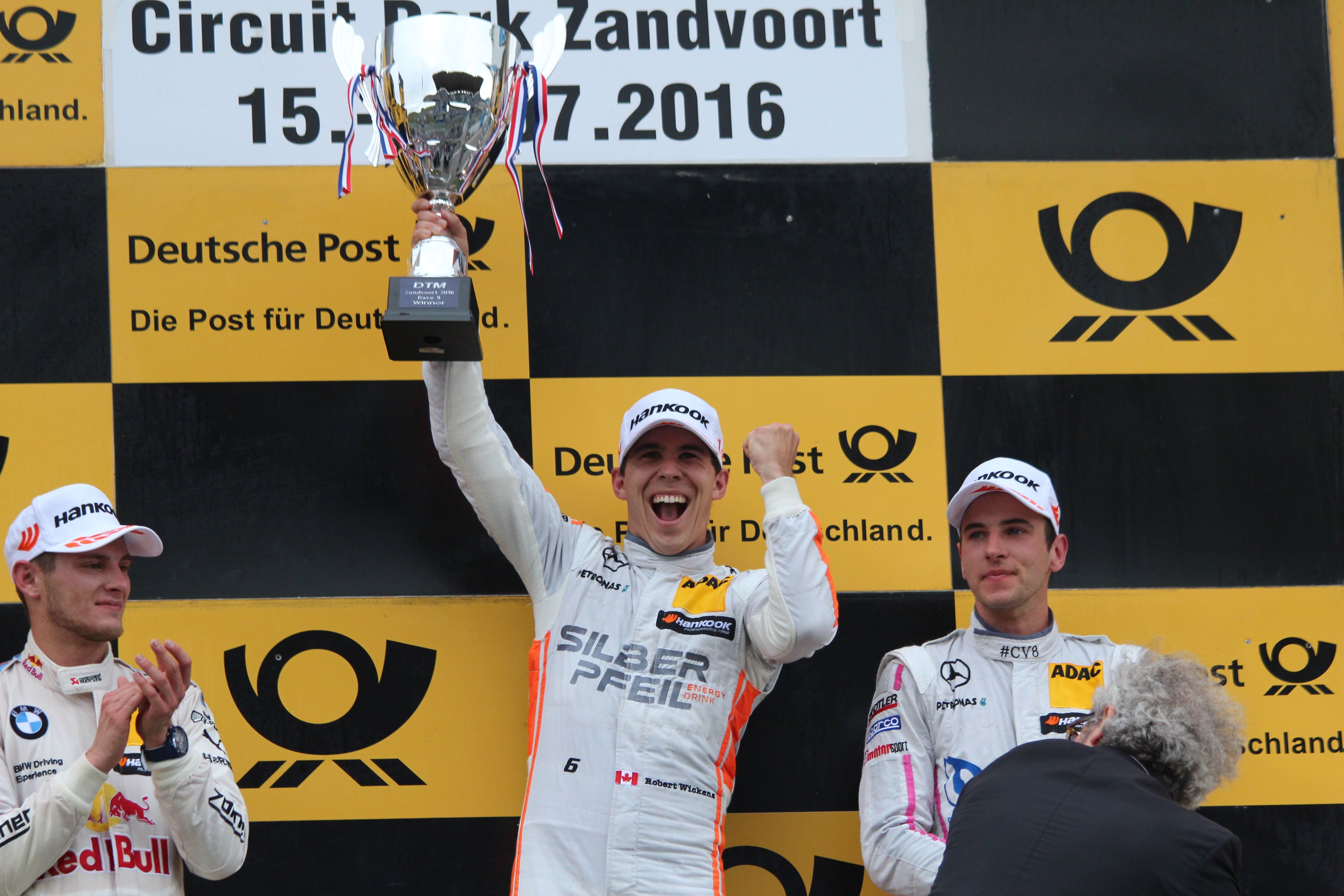 Mercedes driver Robert Wickens dominated Saturday’s DTM race at Zandvoort. Starting from the pole position, the Canadian led the entire race to achieve his first victory of the season.

The start of the race caused the only safety car period of the race. The 11th-placed Adrien Tambay had a poor start. When Maximilian Götz was alongside Tambay’s Audi, his Mercedes got hit into the rear by the BMW of Martin Tomczyk. Götz collided with Tambay and both cars suffered race-ending damage.

After three laps behind the safety car, the race restarted. Wittmann in second place couldn’t match the pace of Wickens, instead he was getting pressure from the Mercedes of Christian Vietoris in third place.

The top six were running in their qualifying positions as Gary Paffett was running fourth in his Mercedes, followed by the Audis of Jamie Green and Edoardo Mortara.

Second in the series points before Zandvoort, Mortara suffered a big setback in the race as he was handed a drive-through penalty for a slow zone violation while the BMW of Augusto Farfus was being lifted from a gravel trap. Mortara joined the track in 18th place and managed to gain only one position during the last 11 laps, thus scoring no points.

While Wickens was pulling away in the lead, the Wittmann in second place was getting pressure from Vietoris as the BMW drivers were having problems to manage their tires after the slow zones.

Meanwhile, the BMW driver António Félix da Costa was running in sixth place after Mortara’s penalty but getting pressure from the Audi driver Mattias Ekström. Those two were closely followed by the Mercedes duo Daniel Juncadella and Esteban Ocon.

Despite having the faster car, Vietoris wasn’t able to overtake Wittman for the second place. Instead at less than two minutes to go, Vietoris was overtaken by the fellow Mercedes driver Paffett. The two switched positions once again at the start of the final lap when Vietoris overtook Paffett for third place.

While Jamie Green was running in safe fifth place, the battle for the sixth place remained intense until the checkered flag. Da Costa was able to stay in sixth place by less than 0.7 seconds to Ekström. Juncadella finished in eighth place, 0.3 seconds behind Ekström and 0.7 seconds ahead of Ocon.

But nobody could stop Robert Wickens. The Mercedes driver won the race by 7.2 seconds to the points leader Marco Wittmann. Vietoris, Paffett, and Green completed the top five, all in their qualifying positions, before da Costa who gained two positions to finish sixth.