Home Karting Who is Oleksander Bondarev? The Ukrainian driver who is postulated as the... 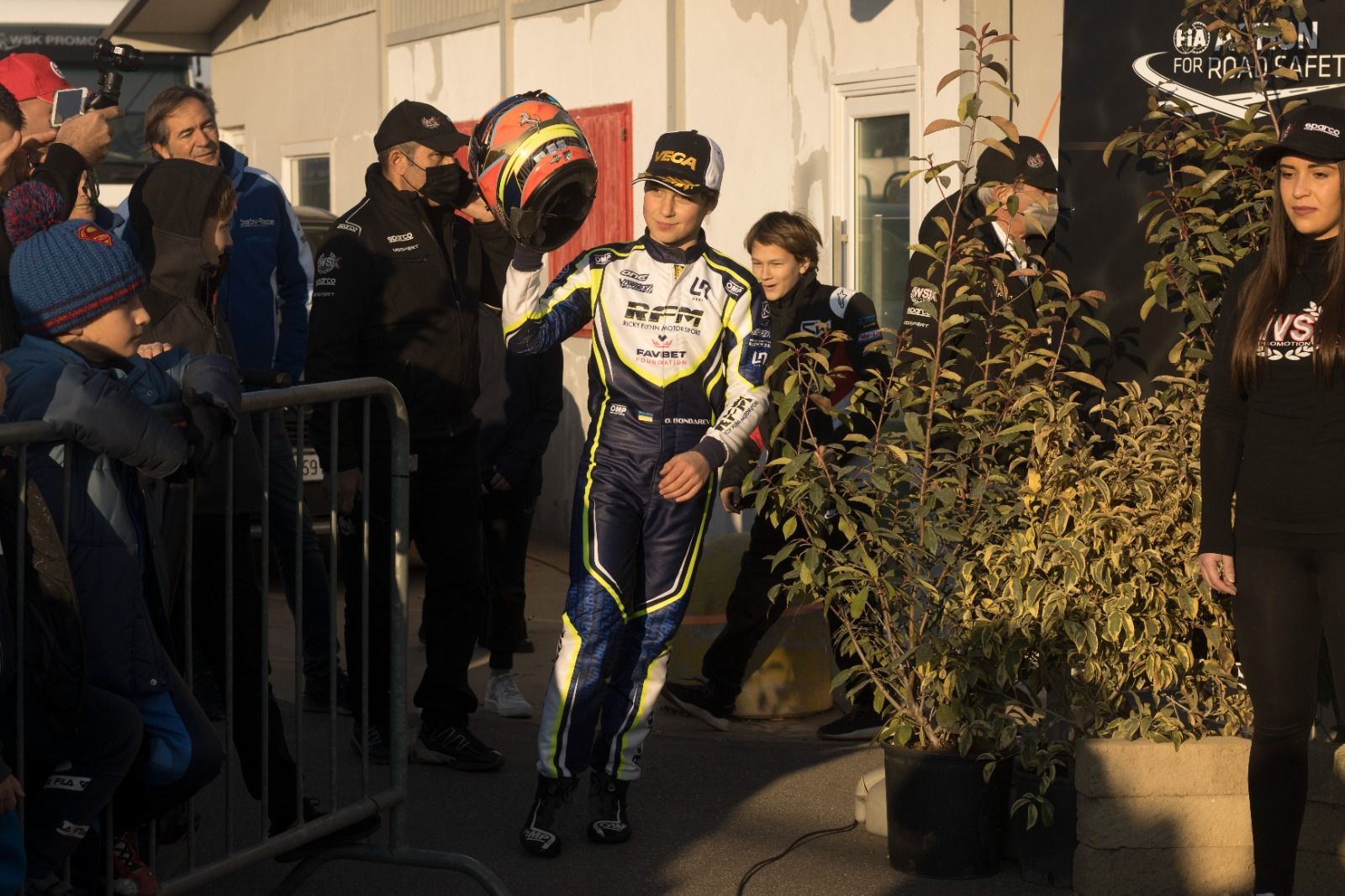 The Ukrainian driver who is postulated as the reference this season in international karting
The Ukrainian with history in Catalonia is the reference pilot this season. Oleksander Bondarev is the great novelty in the top positions of international karting. The Ricky Fylnn Motorsport team driver has achieved his first podium of the season during the second round of the WSK Super Master Series at the Lonato circuit (Italy), last Sunday.
Bondarev, despite making his debut on the podium, actually won the first round of this championship, but a penalty left him in fourth position, a fact that now positions him as the leader of the championship.

The Lonato circuit is familiar terrain for the 12-year-old driver who was fourth in qualifying. A classification that in karting serves to establish the starting order for the “qualifying races”, since on this occasion, a total of 87 drivers fight to compete in the final race on Sunday where only 36 drivers can participate.
Bondarev rose through the ranks during the qualifying races, taking pole position for Sunday’s pre-final. A prefinal in which the driver who spends the summer in Calella was intractable, obtaining a dominant victory and pole position for the final race.
In the final, Oleksander Bondarev, who has lived for several years in Madrid, Spain, would lead with an iron fist practically the entire race, achieving second position and his first podium of the season.
These results added in the fourth position of the first round, leave Oleksander Bondarev in the first position of the championship in the Junior category.

Who is Oleksandr Bondarev?

Oleksander Bondarev is a driver within the Lando Norris karting team, Ricky Flynn Motorsport, a team which has brought great drivers to Formula 1 such as Norris himself or Guanyu Zhou, as well as other great figures such as Jack Doohan or Oscar Piastri. .
Bondarev competes in the junior category and has joined the team for 2022, since the previous season he competed internationally in a private team structure, that is, independently. The Ukrainian made his debut and competed in the junior category with a fully family-owned team, where he has focused on building the team around him, to grow Bondarev as a professional driver and prepare him for 2022, his main year in the Junior category.

The results of this structure turned out to be bonuses during 2021, since “Sasha” also took a podium finish in the WSK, apart from finishing in the top three of the prestigious FIA Karting Academy Trophy competition, a championship in which they have out pilots like George Russell, Alexander Albon or Charles Leclerc.
This different approach within the motor world and especially karting, which is so professional, shows that there are other ways to train drivers, as shown in the case of Bondarev who is ready to fight for all the championships this season.
Oleksander Bondarev is now seen as one of the men to beat in the junior category’s new status this 2022 season.