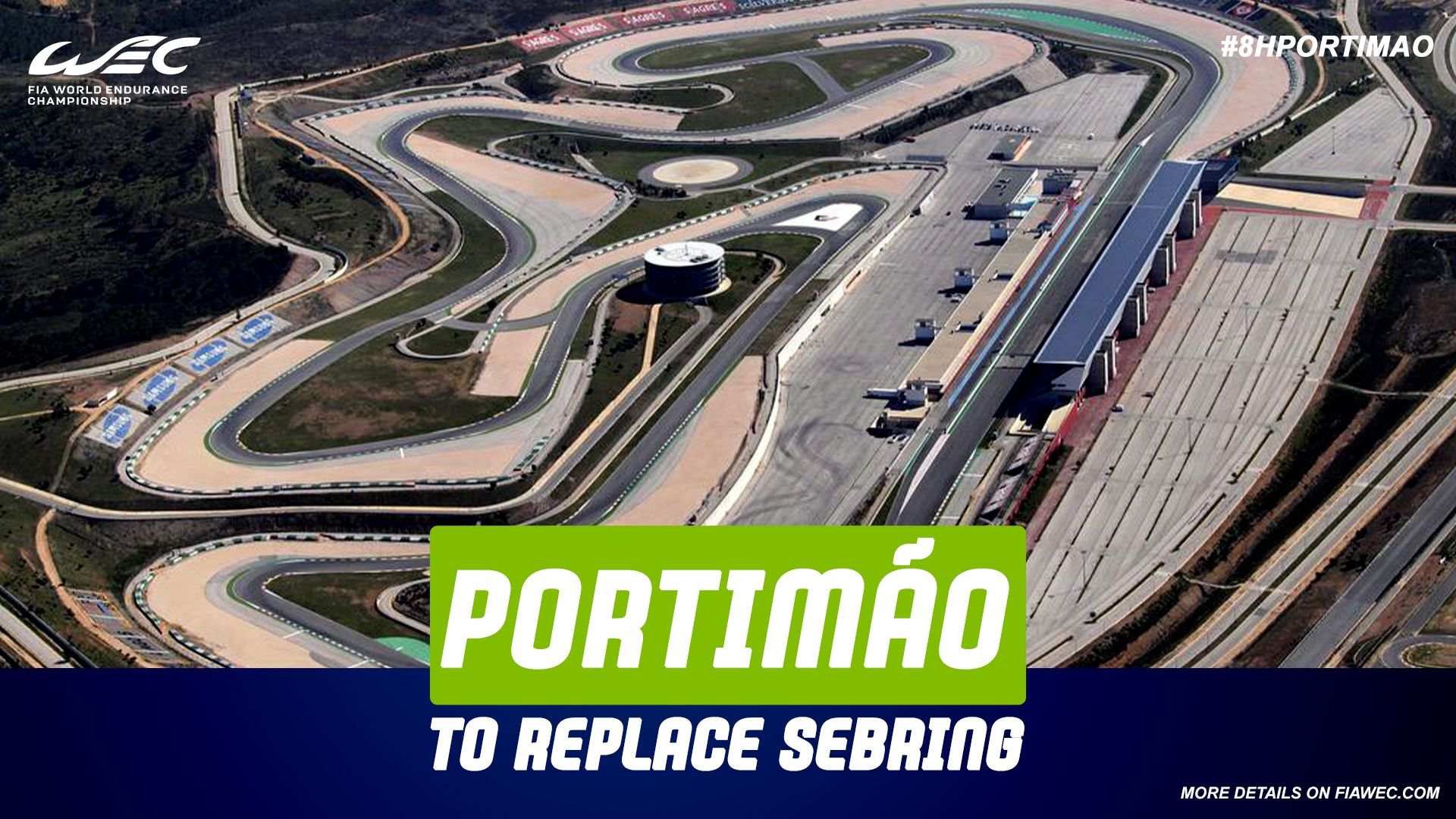 The FIA WEC are forced to change its 2021 calendar as the season-opener has been shifted from Sebring to Algarve, while Toyota shares its Super Formula line-up and HWA Racelab its F2.

As was looking more likely to happen, WEC has confirmed the cancellation of 1000 Miles of Sebring and replaced it with 8 Hours of Portimao, to open the 2021 season. The COVID-19 restrictions continues to play a spoilsport, with the series not wanting to take any chances.

The Sebring event was to take place on March 19 but the first race will now be held in Algarve on April 2-4, with a Prologue at the same venue on March 30-31. The rest of the WEC calendar remains the same for now with Spa next on May 1.

The intention is to keep the rest of the calendar as announced earlier on. The entry list for 2021 WEC season was revealed on Thursday with 33 teams in four classes, where the new Hypercar category gathering only five entries and three different teams.

Pierre Fillon, President of the ACO, said: “Unfortunately the COVID-19 pandemic continues to cause issues worldwide and the decision to cancel Sebring and replace it with a race in Portimao was made following consultation with the FIA, IMSA and management at Sebring.

“We are saddened not to see our American friends and can’t wait for the day when we can return to the USA to race alongside IMSA for Super Sebring. We remain focused on continuing to build our long-term relationship with both IMSA and the Sebring International Raceway and the intention will be to return to Sebring in the future.”

At the same time, Richard Mille, FIA Endurance Commission President, stated: “While calendar changes are certainly not ideal, going into 2021 we all understood that they can occur at some point over the course of the season. For many reasons 2021 is an important year for endurance racing and the priority is to safeguard not only this season but also the longer-term future of the FIA World Endurance Championship, with the best interest of all parties involved in mind. I’m looking forward to April’s curtain-raiser and beyond, and I hope 2021 will be a good year for the sport.”

And finally, Frederic Lequien, CEO of WEC, added: “Over the past few months we have seen that the pandemic is extremely unpredictable and after several discussions with key parties, the decision was made for the beginning of the season to remain in Europe where most of our teams are based.

“The consequences of a last-minute cancellation would have economic implications for the entire WEC family, so we took a responsible decision. Portimao has provided some extremely close racing in ELMS and has excellent facilities, we are very much looking forward to getting our new season underway with an 8 hour race there in April.”

In other news, Toyota revealed their 2021 Super Formula line-up with few changes. After Nick Cassidy decided to compete in Formula E for Envision Virgin, the Japanese manufacturer has replaced the Kiwi with Ritomo Miyata at Team Tom’s’.

Miyata filled in for Kazuki Nakajima in 2020 but will drive full-time in 2021 alongside his fellow Japanese driver. The manufacturer’s lone international driver will be Sacha Fenestraz, who keeps his Kondo Racing drive, alongside Kenta Yamashita.

HWA Racelab became the third F2 team to confirm its full line-up for 2021 season with the signing of Matteo Nannini and Alessio Deledda, where the former is to dovetail his rookie year with F3, with the same outfit – he becomes the first to do so.

The step from few drivers was expected with different calendar for F2 and F3, which Nannini is fully utilising. “I am really looking forward to such a busy season,” he said. “45 races in 2021 are going to be demanding, but I feel ready and determined to grow as a driver, having the opportunity to race in both FIA F2 and F3.

“It will be my first year in Formula 2. I know it will not be easy, but I am willing to learn as much as possible. I am confident heading into my second season in Formula 3 and I am sure that HWA will provide me with a competitive package to do well.

“I truly believe in HWA’s F1 Talent Factory programme and I am excited, as my double commitment in 2021 will be key to bring me one step closer to Formula 1.” At the same time, teammate Deledda – who steps up to F2 after spending two years in F3 with Campos – adds: “FIA Formula 2 is a new experience that I have been waiting for years.

“I am excited to be participating in such a competitive championship and testing my skills. I am sure that, together with a team rich in experience like HWA, we will be able to grow together on this journey that awaits us.”

The duo replace Artem Markelov and Giuliano Alesi/Jake Hughes/Theo Pourchaire in the F2 line-up of HWA Racelab, whose team principal Thomas Strick, noted: “We have found a good mix for our team, with a young and very talented driver, together with a slightly older but equally ambitious driver.

“We have taken a conscious decision to field Matteo in both series. The advantage for the young driver is that he can be introduced more quickly to the high performance of a Formula 1 car, as the Formula 2 car comes far closer to matching this performance.”