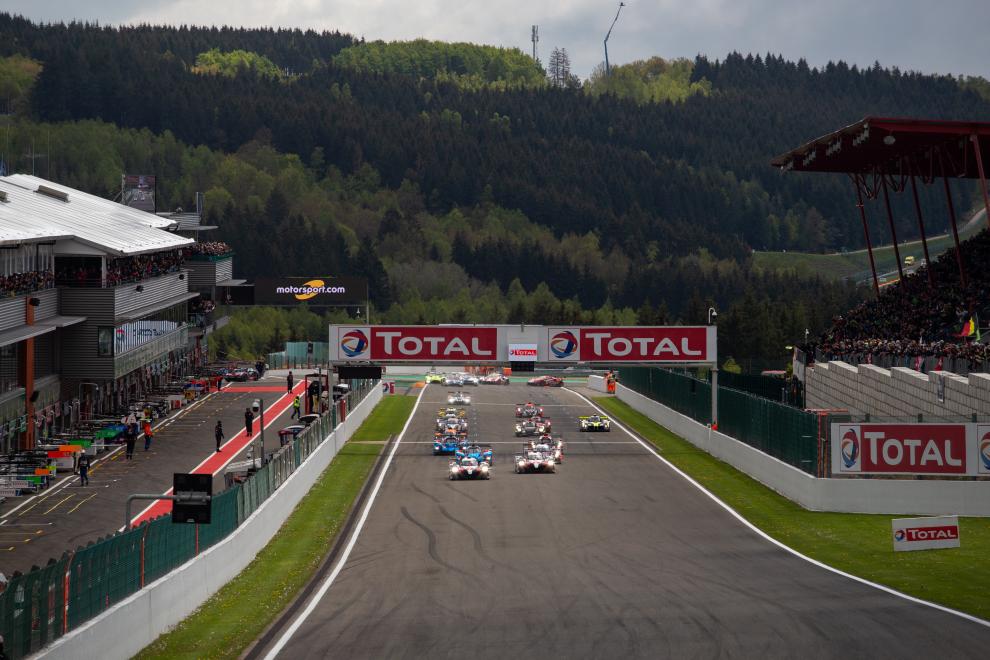 The FIA World Endurance Championship (WEC) has announced a new deal with Spa-Francorchamps circuit, while it also changed the date for the 2019/20 race.

The 6 hours of Spa-Francorchamps event will stay on the WEC calendar for four more seasons in a new deal announced on Thursday, with the Belgium circuit to continue as a dress rehearsal event to take place before the Le Mans 24 Hours race.

In addition to the new deal, WEC also altered the date of the 2019/20 season to avoid a clash with Formula E as many drivers race in both the championships. In the original calendar, WEC’s Spa race was scheduled to take place on May 2.

This was a clash with Formula E’s race in Seoul, South Korea, which is slated for a May 3 date. But now, the WEC organisers have brought forward the date for the Spa race to Saturday, April 25, 2020, to avoid any driver issues.

Gerard Neveu, CEO of the WEC, said “We have always aimed to have as much stability in our schedule as possible and we are really delighted that both the WEC and European Le Mans Series will be returning to Spa for another four years.

“Providing our competitors and fans with the opportunity to visit top class circuits and facilities such as Spa is crucial to us, and of course it is one of the drivers’ favourite places to race at, with so much history and drama.  We have witnessed some incredible WEC events there, although we hope we won’t have any snow in 2020.

“By moving our 2020 TOTAL 6 Hours of Spa race forward a week we manage to avoid some clashes with other events in order to satisfy our competitors, partners, fans and media.” Meanwhile, Nathalie Maillet, CEO of Circuit de Spa-Francorchamps added:

“It is with great pride that we finalise today the renewal for four years of the contract which assures the presence at Circuit de Spa-Francorchamps of the FIA World Endurance Championship and the European Le Mans Series.

“I welcome this extension which demonstrates the excellent collaboration between the ACO and Le Mans Endurance Management, organiser of these two key events in our calendar. I would also like to thank the management of these organisations for their confidence in the Circuit de Spa-Francorchamps.

While the Spa and Seoul clash is sorted out, two more races remain to clash as the 8 Hours of Bahrain falls on December 14, which is the same date for another Formula E race – the venue for which is not confirmed, while the 1000 Miles of Sebring (March 20) clashes with a Chinese (March 21) Formula E race.

FIA shares when new helmet will be mandated in Formula E, WEC and F3