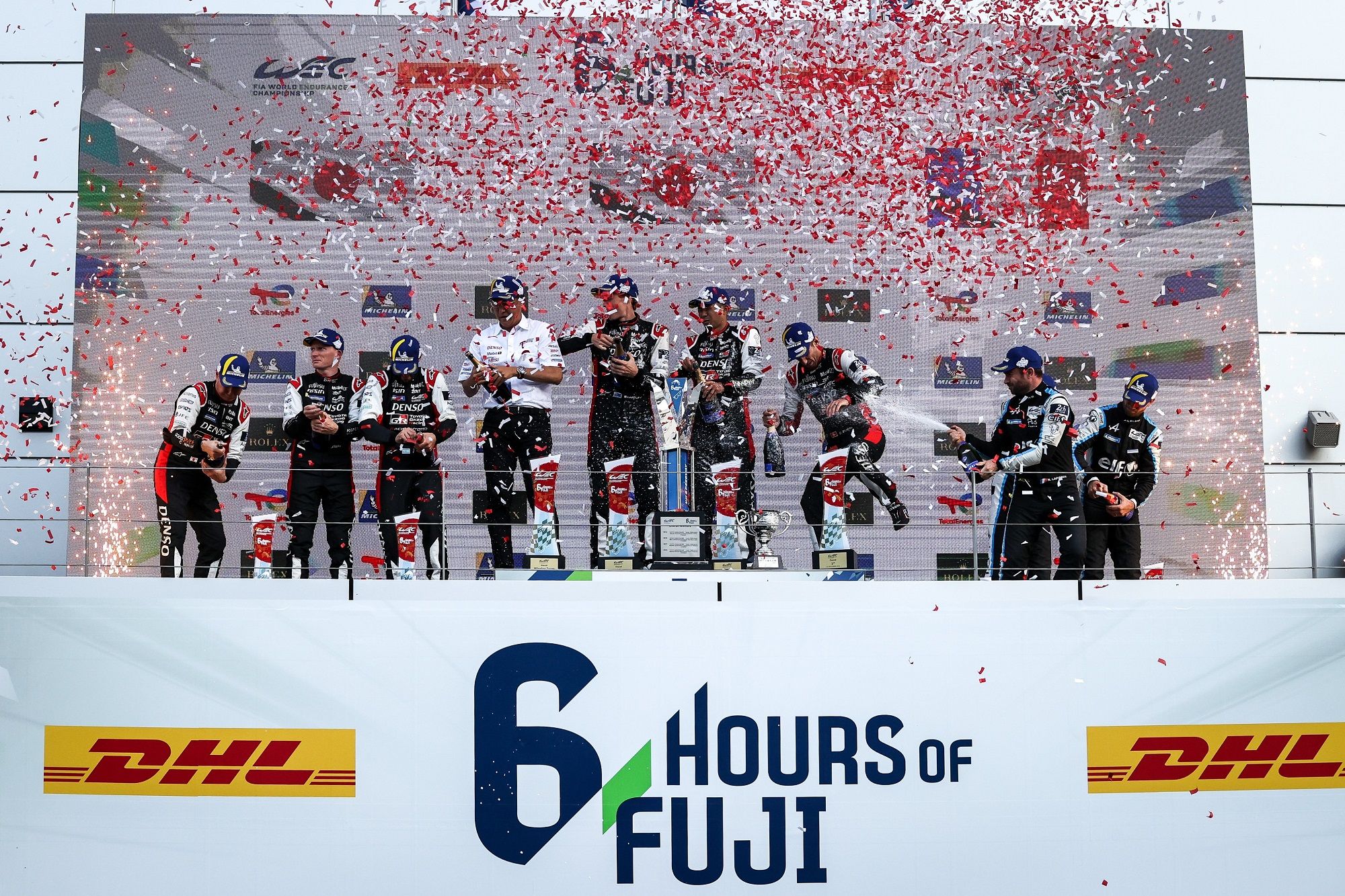 #8 Toyota led sister #7 to win the Hypercar class in FIA WEC 6 Hours of Fuji, with #36 Alpine ending up third in the order.

Toyota Gazoo Racing most certainly harnessed a home advantage as it led from start to finish for the overall victory at Fuji International Speedway, while AF Corse dominated the LMGTE Pro class, with close battles seen in LMP2 and LM GTE Am classes.

No.31 WRT wins in LMP2, while in LMGTE Am category TF Sport closes in on the title.