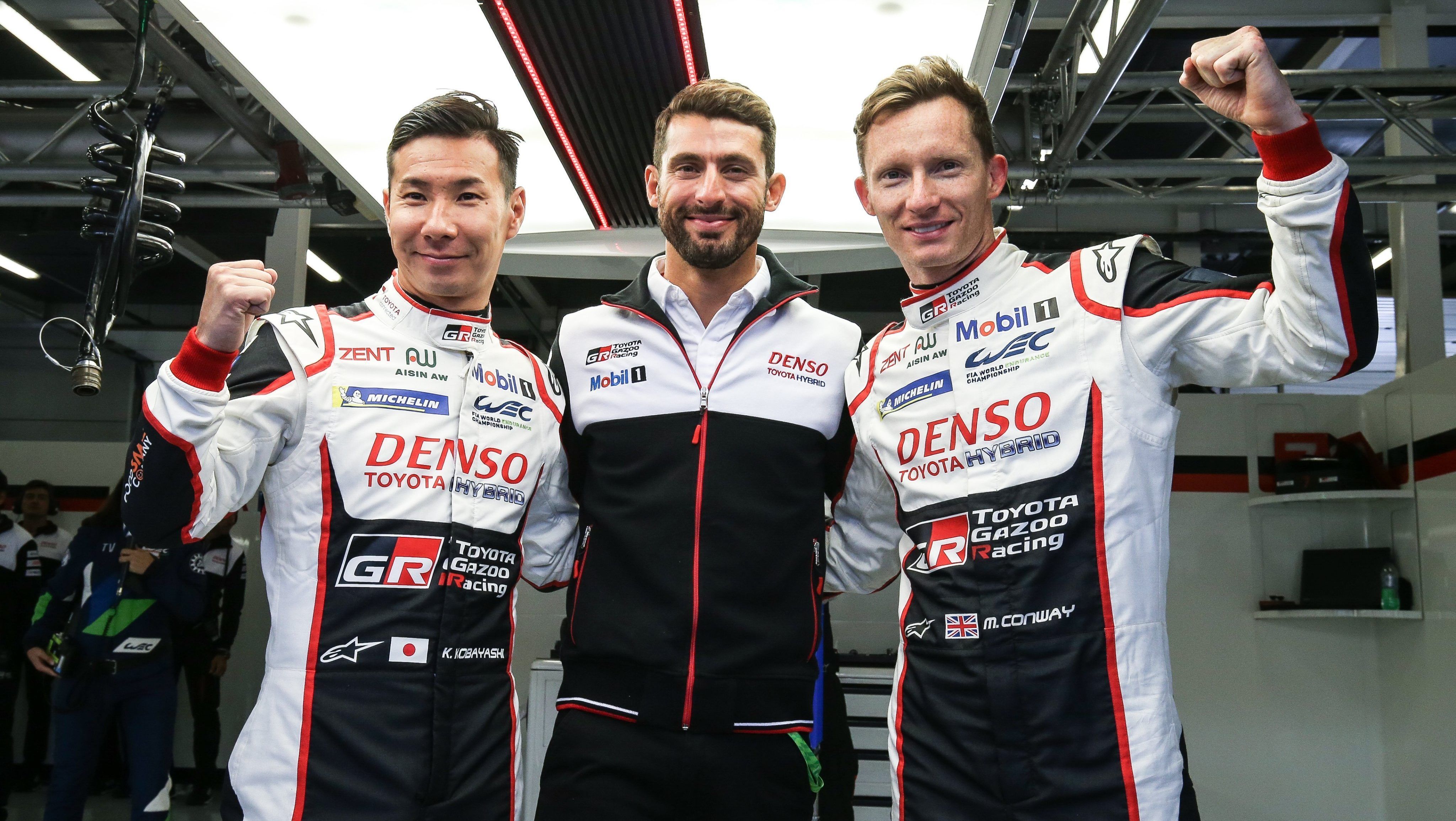 The new WEC season started off with a pole in 4 Hours of Silverstone for the #7 Toyota crew of Kamui Kobayashi, Jose Maria Lopez and Mike Conway as they set an average time of 1m36.015s.

It was a Toyota 1-2 with the #8 crew of Sebastien Buemi, Brendon Hartley and Kazuki Nakajima (1m36.315s) in second, with the two Rebellion Racing Gibson cars lined up in third and fourth – within one second of Toyota.

The category was rounded out by Team LNT Ginetta, with #6 crew of Oliver Jarvis, Michael Simpson and Guy Smith (1m37.220s) in fifth from #5 of Egor Orudzhev, Ben Hanley and Charlie Robertson (1m37.464s).

The Top 5 was rounded out by #36 Signatech Alpine of Thomas Laurent, Pierre Ragues and Andre Negrao, with #33 High Class Racing Oreca, #38 Jota Oreca and #47 Cetilar Racing Dallara rounding the class.

LMGTE Pro and Am

It was a Ferrari 1-2 in the LMGTE Pro category as AF Corse’s #51 crew of James Calado and Alessandro Pier Guidi (1m54.171s) took pole from #71 crew of Davide Rigon and Miguel Molina.

Third place went to #97 Aston Martin Racing of Maxime Martin and Alex Lynn, with the lead #91 Porsche of Richard Lietz and Gianmaria Bruni in third, with #95 Aston Martin and #92 Porsche in fifth and sixth.

The LMGTE Am category had #56 Team Project 1 Porsche of Matteo Cairoli, Egidio Perfetti and David Heinemeier Hansson on pole from #98 Aston Martin Racing and #83 AF Corse Ferrari in the Top 3.