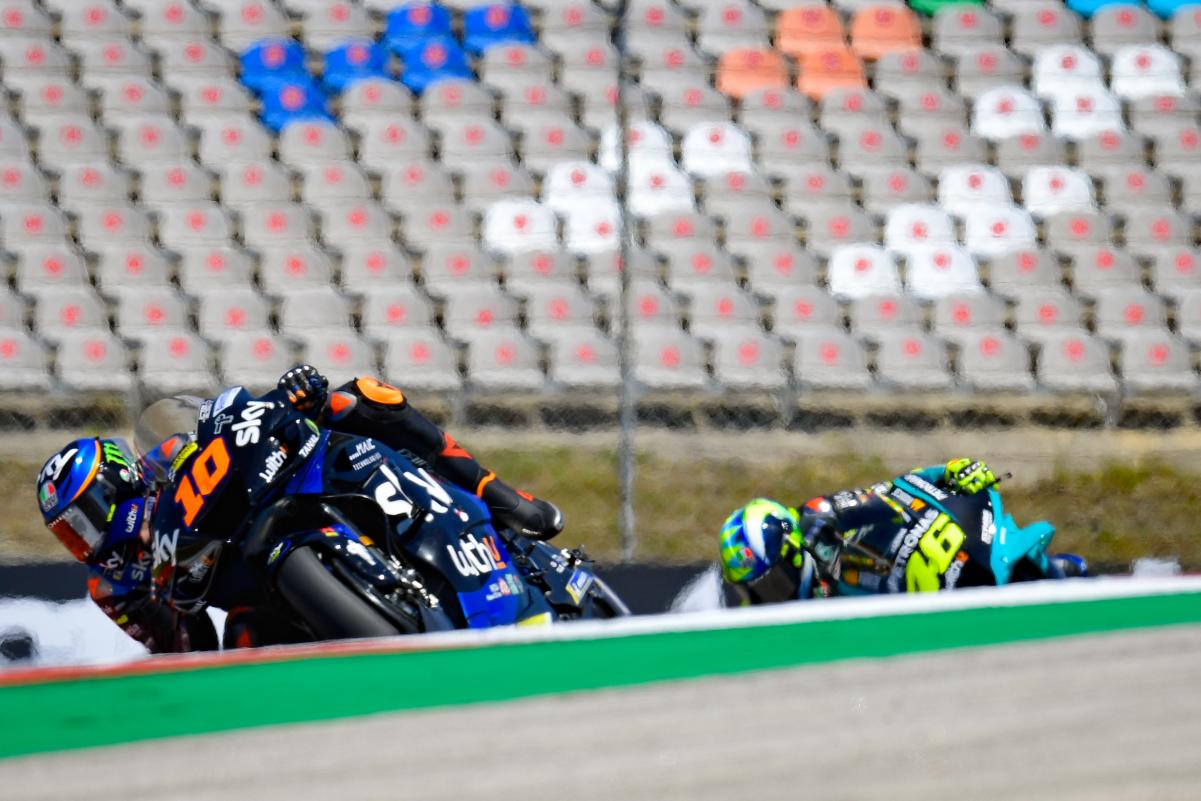 The VR46 Academy team has secured backing from Saudi Arabia to field its own MotoGP outfit from 2022 season onward.

The VR46 Academy team is already represented by Luca Marini this year in MotoGP, who rides for Avintia Ducati outfit. But from 2022 onward until at least 2026, the academy will have its own team in the premier class, having secured a backing from Saudi Arabia.

Ahead of the 2021 season, VR46 Academy joined hands with Tanal Entertainment Sport & Media, which is a holding company of Prince Abdulaziz bin Abdullah Al Suad. That partnership has now helped them to secure the backing of Aramco.

The Saudi giants, already sponsors F1, is now to step into MotoGP through Valentino Rossi’s VR46 academy, while they will continue running in the Moto2 category, as well. This undertaking is another feather in the cap under the Saudi Vision 2030 initiative.

The VR46 academy, though, is yet to make it public, as the manufacturer they will tie-up with, is yet to be ascertained. They have been linked with Yamaha, Ducati and Suzuki, thus far, with the team to take up the Avintia slot, who will leave MotoGP after 2021.

Ducati will lose two bikes on the grid from 2022, but they are expected to run six bikes still. If a partnership with VR46 doesn’t materialise, it could partner with Gresini Racing, who will part ways with Aprilia, at the end of the 2021 MotoGP season.

Suzuki has shown interest in having a satellite team, but they are taking it at a slow pace, especially having lost Davide Brivio, who was actively involved in the talks. Yamaha, meanwhile, will have to decide between continuing with SRT and or partner VR46.

The partnership is not limited to the MotoGP project, as they also are to develop and increment the production of road vehicles in Saudi Arabia. Additionally, the MAIC Technologies is looking to produce the first prototype of a four-wheel drive off-road motorcycle with hybrid, thermal and electric propulsion.