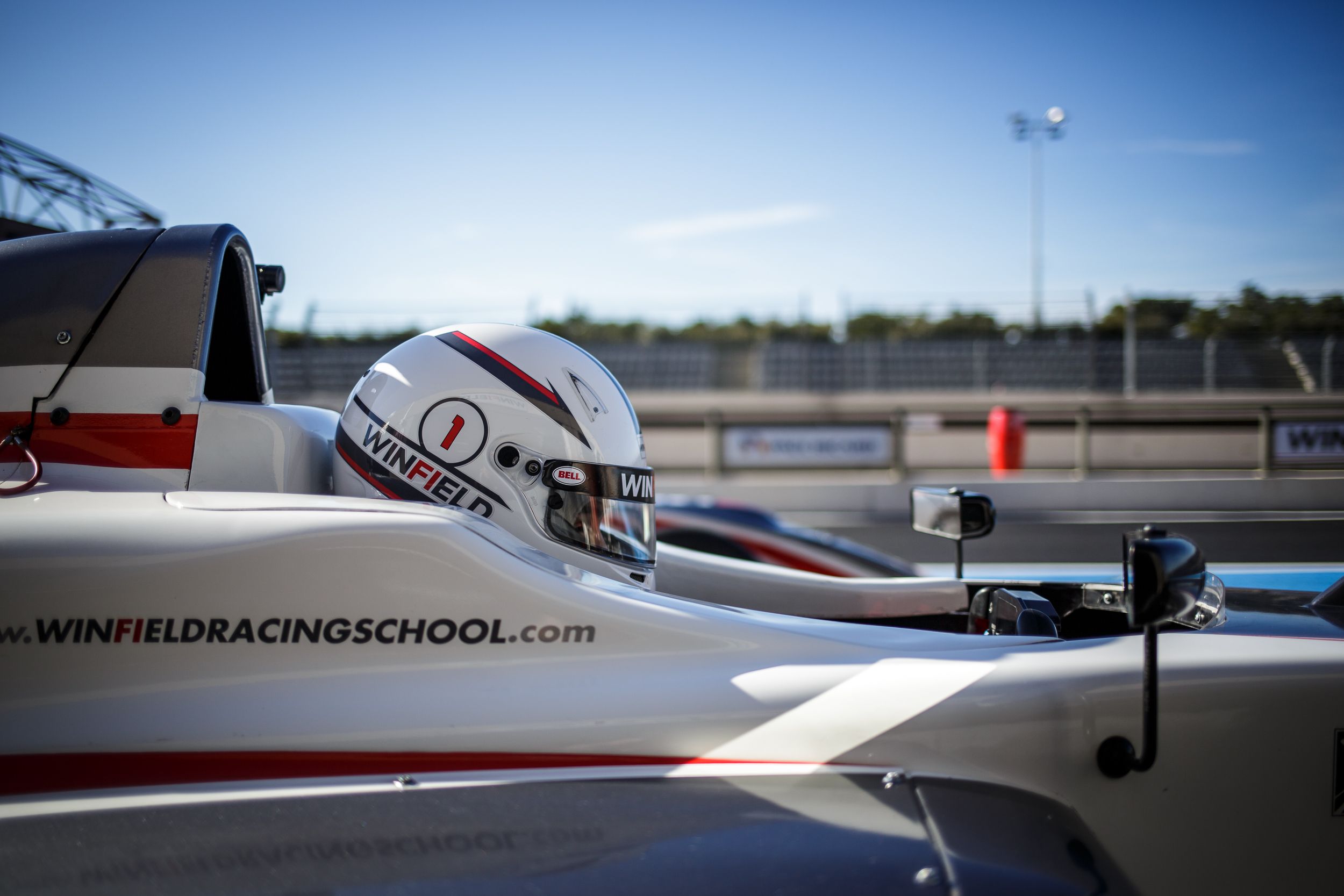 Caio Collet took victory at the Volant’s successful relaunch in 2018, and after the Brazilian was crowned French F4 champion, Winfield is looking for a new talent to represent in next year’s championship, with a second consecutive title the goal.

After three days of evaluation, the 25th Volant Winfield at Circuit Paul Ricard will receive a full season in the 2019 French FIA F4 Championship.

In addition to Collet’s title-winning campaign, eight Winfield Racing School participants occupied the top 10 in French F4, with several victories and podiums between them. The Junior Championship went to Théo Pourchaire, winner of the Trophée Winfield, which is given to the best “junior” driver.

“We think that the training undertaken by these young racers at the beginning of the year at the Volant Winfield has been really beneficial,” said Anne-Charlotte Remy, General Manager of Winfield Racing School. “We provide them with an environment that helps improve their skills, and throughout the three days we also develop their maturity. We teach them the discipline of a professional racing driver and the necessary requirements for obtaining the best possible results.”

For the 2019 Volant Winfield, the programme is open to young drivers aged 15-17 years old, who do not have a full single-seater season’s experience (check eligibility conditions). A maximum of 18 participants are welcomed over these three days of training and evaluation.

Following the numerous tests, the winner will be rewarded with a full season in the upcoming French F4 campaign, which is organised by the French Motorsport Federation (FFSA) and its training programme, the FFSA Academy. Winfield will also supervise the selected driver throughout the 2019 season, to help them achieve a successful campaign. The main objective is to train and oversee talented and hard working young drivers, giving them a platform to transition between karting and single-seaters.

Thanks to the success of the 2018 edition, the Volant Winfield programme will begin with various assessments designed to evaluate participants off the track, then the drivers will take to the circuit for two days of testing, on-board the Renault-powered F4 Mygale cars.

Each session will take place on the 3.8 km version of the Le Castellet circuit, with a rigorous training programme that will offer participants a unique experience on and off the track. In addition, the event will also include highly valuable workshops, such as a physical evaluation, initiation to technical matters, relationship with engineers and how to use information from data acquisition, mental preparation support and media training.

With more than 40 professionals involved (instructors, engineers, mechanics, judges, contributors, etc.), the extensive programme allows participants to discover all the key parameters a driver must adhere to in order to build a motor racing career. In the end, the Volant Winfield is about a lot more than just talent detection, it is the best place for young drivers to train their racecraft.

“Forming young drivers and detecting talent has been within Winfield’s DNA since day one,” expressed Frédéric Garcia, President of Winfield Group. “It is crucial to continue this know-how and to offer an incredible opportunity to participate in a full season of car racing. Our promise is to give the Volant Winfield winners everything they need to be crowned as French F4 champion, showcasing their talents and launching their professional career.”

To benefit from this intense three-day event, and also for a chance to take the ultimate prize of a full season in the French F4 Championship, drivers will have to settle a registration fee of €11,500 + VAT (including €500 + VAT of registration fees, excluding insurance and accommodation). The number of places is limited to a maximum of 18 participants.