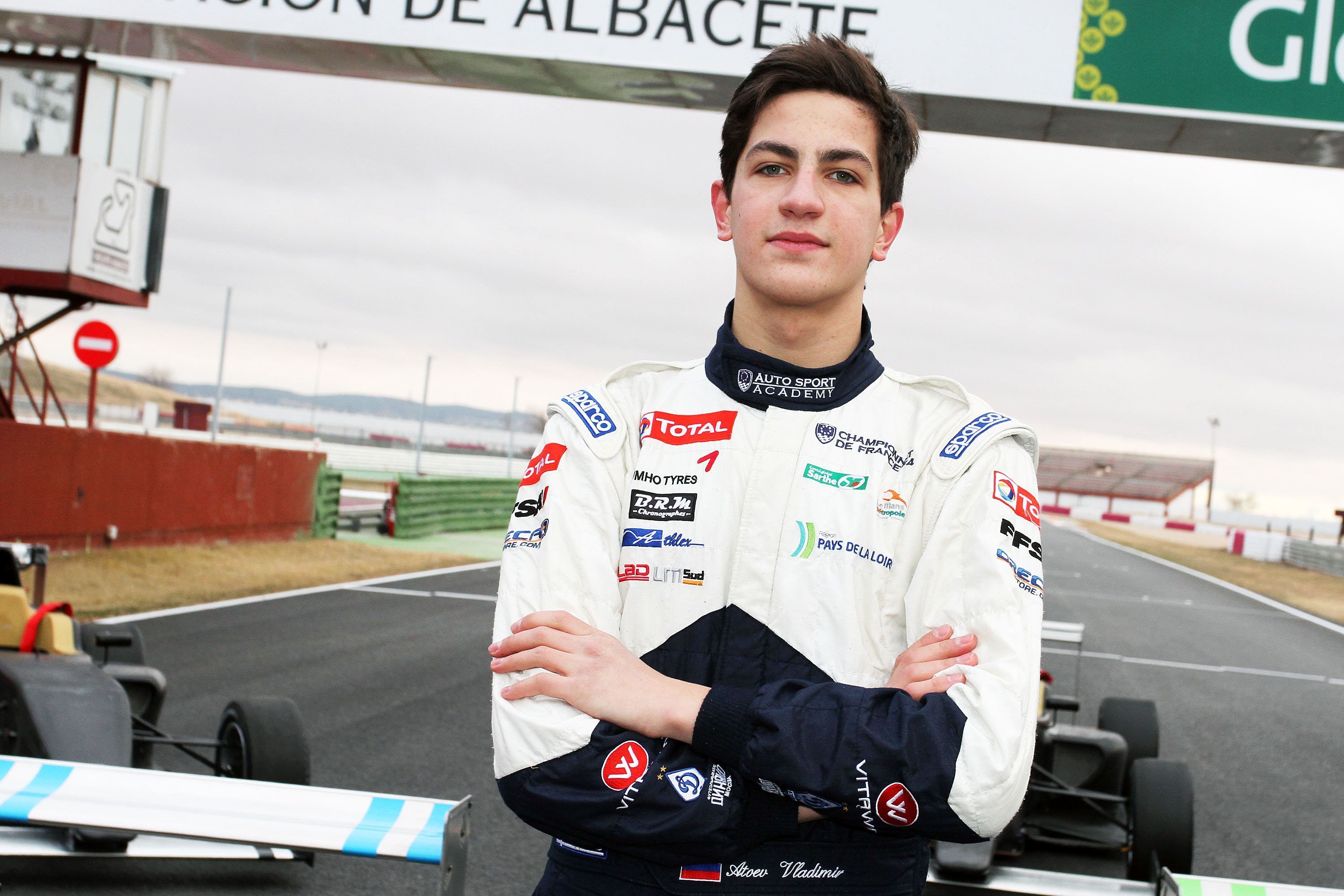 Vladimir Atoev set the pace on the fourth and final day of this week’s SMP F4 Championship test at Albacete, topping the timesheets ahead of karting world champion Enaam Ahmed and Nikita Troitskiy.

Atoev worked his way down to a 1m28.98s best at the Spanish venue during a sequence of fast laps on a late-day race simulation run, edging Ahmed by half a second in bright and sunny – but persistently cold – conditions.

Unsurprisingly, Atoev – a regular frontrunner throughout all four days of the test – was left happy with his performance.

“It has been a good test, and a good day. I have improved in every session, and it’s nice to end up with the best time of the week. I am getting more experience now and it really helps.”

Ahmed’s best time of 1m29.63s netted him an impressive second not just on today’s timesheets, but overall this week – despite the British karting sensation stepping into the SMP F4-T014 for the very first time on Wednesday.

”This has been a great experience for me. I’ve been very impressed with how professional everything is, and the highlight was the race simulation this afternoon. It is mentally tiring to keep focussed for 20 laps, particularly with the car sliding so much out there in the slippery conditions – but it’s been so much fun!”

Troitskiy ended up third fastest, just 0.2 seconds adrift of Ahmed, with Ivan Matveev another tenth behind in fourth.

While Troitskiy emerged as Atoev and Ahmed’s closest pursuer as the test drew to a close, the third-fastest time overall over the four days befell Thursday absentee Niko Kari – the Finn having posted a 1m29.75s effort on Wednesday afternoon.

The SMP F4 Championship is a new-for-2015, entry-level single-seater series. The calendar features races in northern Europe and in Russia, including two rounds at current F1 Grand Prix venue Sochi.

The SMP F4 Championship boosts a unique and generous prize fund scheme, with the champion receiving €350 000 towards a 2016 campaign in the FIA F3 European Championship. The runner-up is awarded €150 000, and the third-placed driver €20 000, also for use for future FIA F3 commitments.

The next SMP F4 Championship test will take place at another Spanish track, the Circuito de Navarra, on February 24-25.