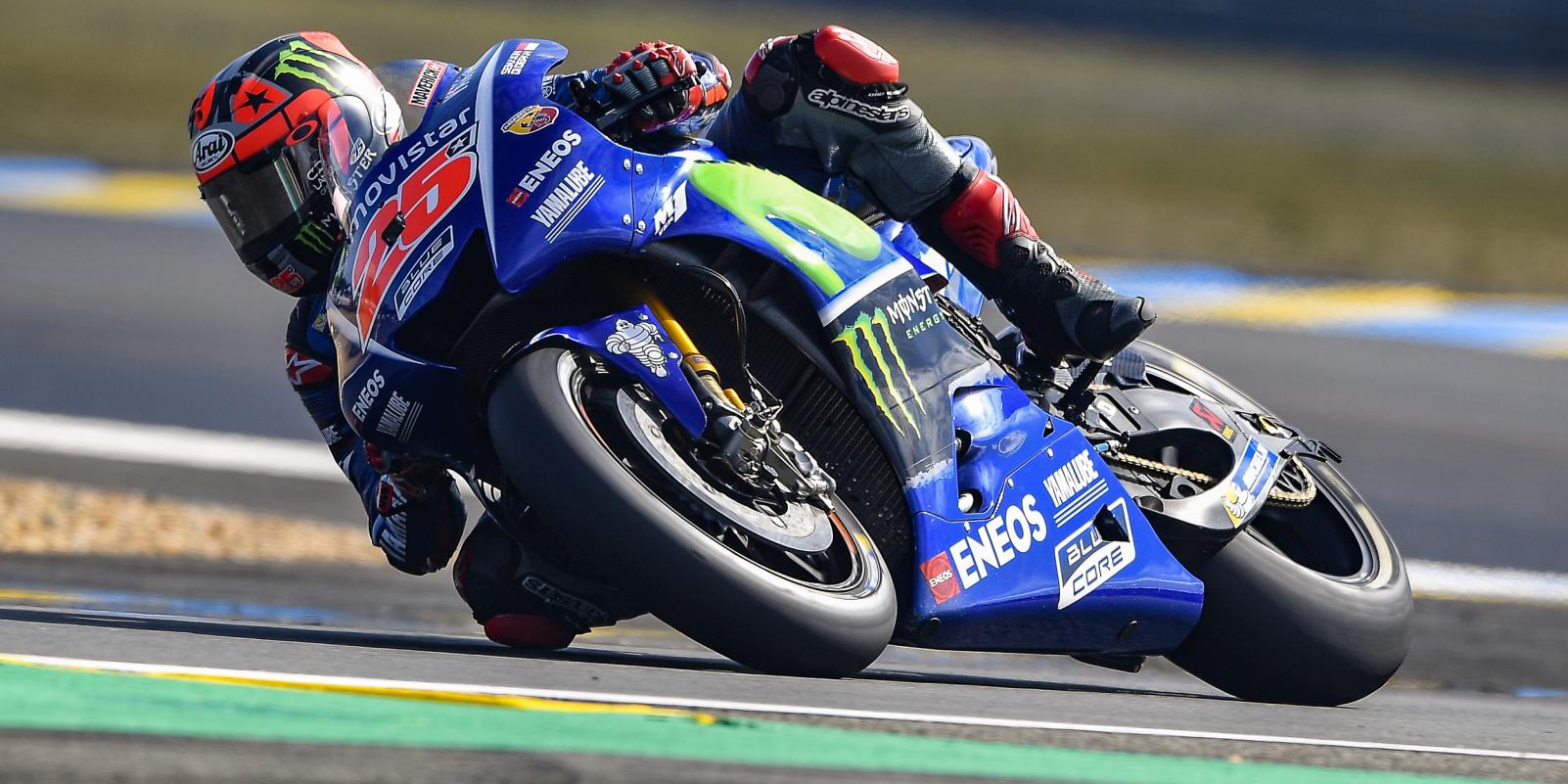 Maverick Viñales has won again on an epic French GP in which his rivals for the title have scored no points. Johann Zarco and Dani Pedrosa have finished in the podium.

The race started with Johann Zarco improving to first place. Maverick Viñales dropped to second position as Marc Márquez moved up to third but lost it to Valentino Rossi. Behind them, Álvaro Bautista crashed and became the first retirement.

Zarco opened a small gap to official Yamahas. Behind them, Márquez was losing the pace to the leaders. Héctor Barberá retired. On the eighth lap, the leaders were together again and Viñales moved up to the lead. Karel Abraham and Scott Reading, so there were already three Ducatis with mechanical issues.

Behind the leaders, a group with Cal Cruthlow, Andrea Dovizioso and Dani Pedrosa, who did a great first laps after starting 13th, started closing the gap to Márquez. Pedrosa moved up to fifth and, with a good pace, he got close to his team-mate.

On lap 19, the lead group was already with 5 riders, but Márquez crashed and had to retire. Danilo Petrucci also retired due to technical problems. On the front, the three lead riders were together again, but Viñales reacted and opened a 0.5 second gap. On lap 24, Rossi overtook Zarco, moved up to second and got close to his team-mate. Aleix Espargaró also suffered mechanical issues.

On lap 27, Rossi did a risky overtake on Viñales, an epic battle for the win was coming. Viñales ran wide on the penultimate lap, but he didn’t lose the chance. On last lap, it was Rossi who ran wide and lost the lead, the Italian rider tried to recover the place, but he couldn’t handle the pressure and crashed in the last sector.

Viñales got his third win of the season and widens his gap on the championship. Zarco finished in second and, without risking too much, got his first podium in MotoGP in front of his local crowd. Pedrosa finished third. Dovizioso, Crutchlow, Jorge Lorenzo, Jonas Folger, Jack Miller, Loris Baz and Andrea Iannone complete the Top 10.

With these results, Viñales recovers his lead with 85 points, Pedrosa moves up to second place with 68, Rossi drops to third with 62 and Márquez is fourth with 58. The next race will be the Italian GP in Mugello Circuit, which will be held on two weeks.