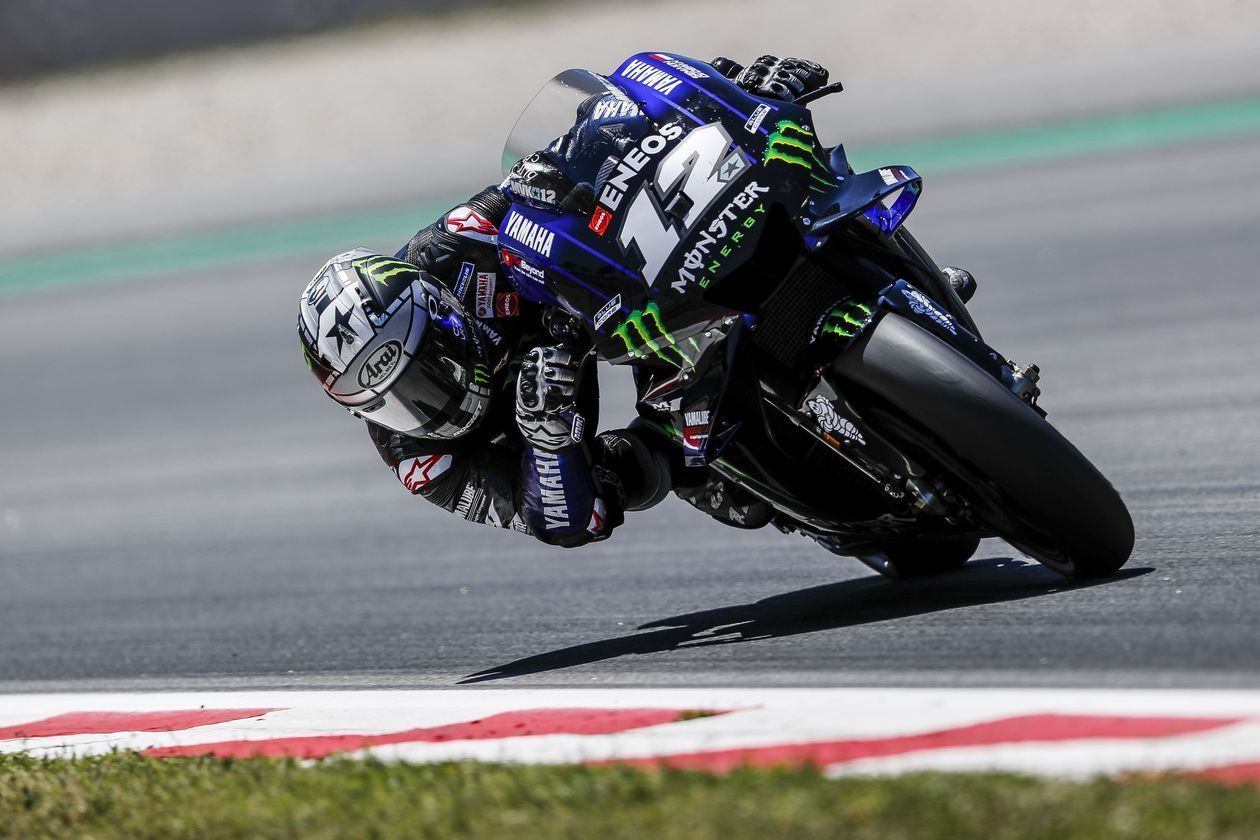 Yamaha’s Maverick Vinales topped the lone MotoGP test day at Circuit de Catalunya-Barcelona as both Honda riders had a tumble.

Vinales set a 1m38.967s towards the end of the day at Barcelona, a day after his grand prix was ruined by a pile-up cause by Honda’s Jorge Lorenzo. Vinales completed 98 laps as he headed a Yamaha 1-2 from Petronas SRT’s Franco Morbidelli.

The Italian set a 1m39.014s with Catalan GP winner and Honda’s Marc Marquez (1m39.257s) in third, who had three bikes at his disposal to test. One of them looked like a 2018 model while one to be his standard and other one being carbon covered.

The Spaniard had a crash at Turn 4 while teammate Lorenzo had his at Turn 9. Morbidelli did 78 laps with Marquez completing 80 laps to be ahead of Suzuki’s Alex Rins (1m39.334s) and Petronas Yamaha SRT’s Fabio Quartararo (1m39.428s) in the Top 5.

Rins topped the morning session and did 75 laps with Quartararo doing 56 – the former ran an upgraded chassis. Pramac Ducati’s Francesco Bagnaia (1m39.466s) finished sixth as the leading Ducati with 54 laps which included a crash at Turn 13.

Mir did 67 laps to Miller completing 60 and Crutchlow 73, with the Australian testing a new ‘salad box’ device and the Brit running new aerodynamic device. The Ducati factory pair of Danilo Petrucci (1m39.917s) and Andre Dovizioso (1m39.925s) were 11th and 12th.

The former did 57 laps with the latter completing 63 in a carbon reinforced chassis. Avintia Ducati’s Tito Rabat (1m39.938s) finished 13th ahead of Yamaha’s Valentino Rossi (1m39.968s) with the Spaniard doing 75 laps to the Italian’s 71.

Pedrosa seemed to be running a new tail section on the KTM as the Spaniard returned to track testing ahead of the last weekend’s MotoGP grand prix weekend to do 51 laps in Barcelona, while Bradl completed 84 and Guintoli 69.