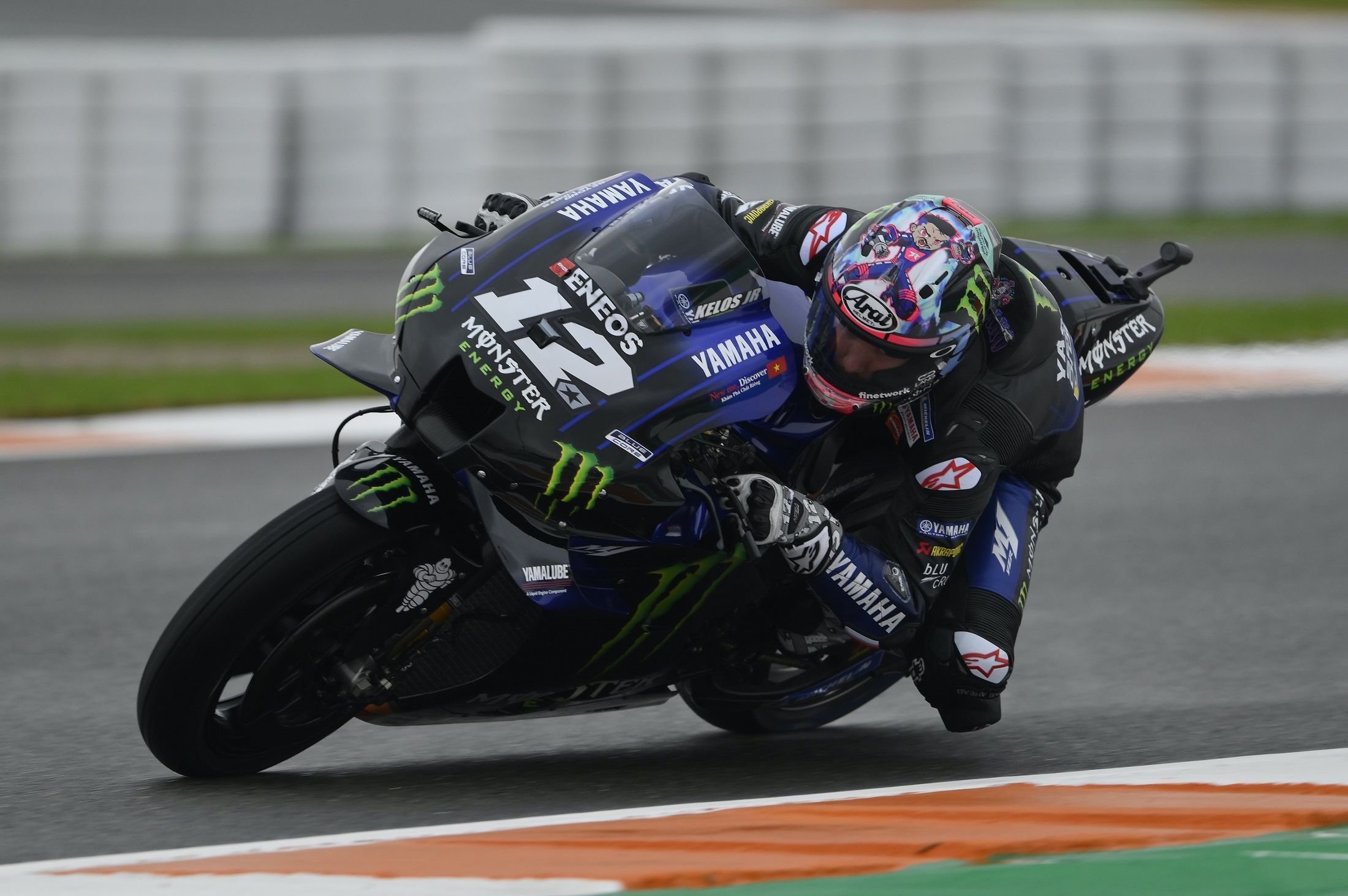 MotoGP title contender Maverick Vinales is in a scare after a Yamaha data engineer at his side of garage has tested COVID-19 positive.

Bad news continues to haunt Yamaha, whether it is for on-track issues or off it, with Vinales surviving a latest scare of being ousted due to COVID-19. Teammate Valentino Rossi already was forced out of Aragon races after catching the virus.

He missed all of Friday running at Valencia as well, where Yamaha fielded its World Superbike rider Garrett Gerloff. Rossi has since returned to take his place from FP3 onward after getting two negative COVID-19 results to enter the paddock.

Already Yamaha has faced multiple COVID-19 positive cases in the last few weeks, the latest to join is on Vinales side. The team member’s positive result – as per multiple Spanish and British reports – has forced the MotoGP title contender to take another test earlier in the day, which needs to be negative for him to continue.

It is an unknown at this juncture if he will be forced to isolate himself due to being in contact with the positive patient. If he has to, it will not only rule him out for this Valencia MotoGP weekend but also the next one to happen at the same venue, next weekend.

It will end his 2020 MotoGP title charge though with race miss. He is already facing a pitlane start this weekend after Yamaha were forced to use the sixth engine for his M1. This comes after the Japanese manufacturer were handed points cut for technical breach.

Looking at the replacement option for Yamaha, they could switch Gerloff to Vinales side of the garage if they wish to but it remains to be seen how it plays out.

“We’ve been managing the races with the engines we had left after we sealed one in Jerez,” said Vinales after Friday. “But before coming here, we saw that the last one I had left in my allocation was a bit damaged and we decided that it wouldn’t be safe to use it.

“If I did, we would risk putting oil on the track, and other riders could have had a big crash because of it. So we decided to put safety first and put in a new engine. We know I will have to start the race from pit lane because of this, but there’s nothing we can do about it.

“For sure it makes the fight for the title harder, but anything can happen in MotoGP. We’ll see. I’ll keep an open mind for this weekend. I don’t want to put a limit on myself. We’ll see if we can take away something positive from this GP.”

UPDATE: Yamaha updated about the situation, confirming a positive COVID-19 case which resulted in five members being out of action from Valencia MotoGP weekend but Vinales is able to continue. It includes team director Massimo Meregalli.

The statement from Yamaha goes:

– The Yamaha Factory Racing MotoGP group follows very strict Covid-19 protocols. By its own initiative, the group has a mandatory additional PCR done by all the members of staff, including the riders, every Friday during race weekends.

– In the afternoon of Friday 6th November, one of the team members working in Maverick Vinales’ crew tested positive for Covid-19. He immediately left the Ricardo Tormo circuit and has started the self-isolation required by the MotoGP official protocol.

– After a thorough risk analysis, four additional team members, who tested negative on Friday 6th November but are deemed at risk of contagion, will go into quarantine until Monday 16th November.

– None of the five members will be replaced for the European GP. The four team members who tested negative, including Team Director Meregalli, will remain in close contact with the team at the Ricardo Tormo track to offer their best support to the staff present at the track.

– Due to the Monster Energy Yamaha MotoGP team’s strictness in adhering to Covid-19 precautionary measures both inside and outside the track, none of the other staff are deemed to be at risk, nor are riders Maverick Vinales and Valentino Rossi. That said, all members will increase their vigilance and increased PCR tests will be scheduled.

Despite the obvious inconveniences caused by this latest challenge, the team’s racing endeavours will continue relying on the collaboration and positive spirit of the Yamaha MotoGP organisation.

Here’s the penalty incurred by Yamaha and Petronas SRT