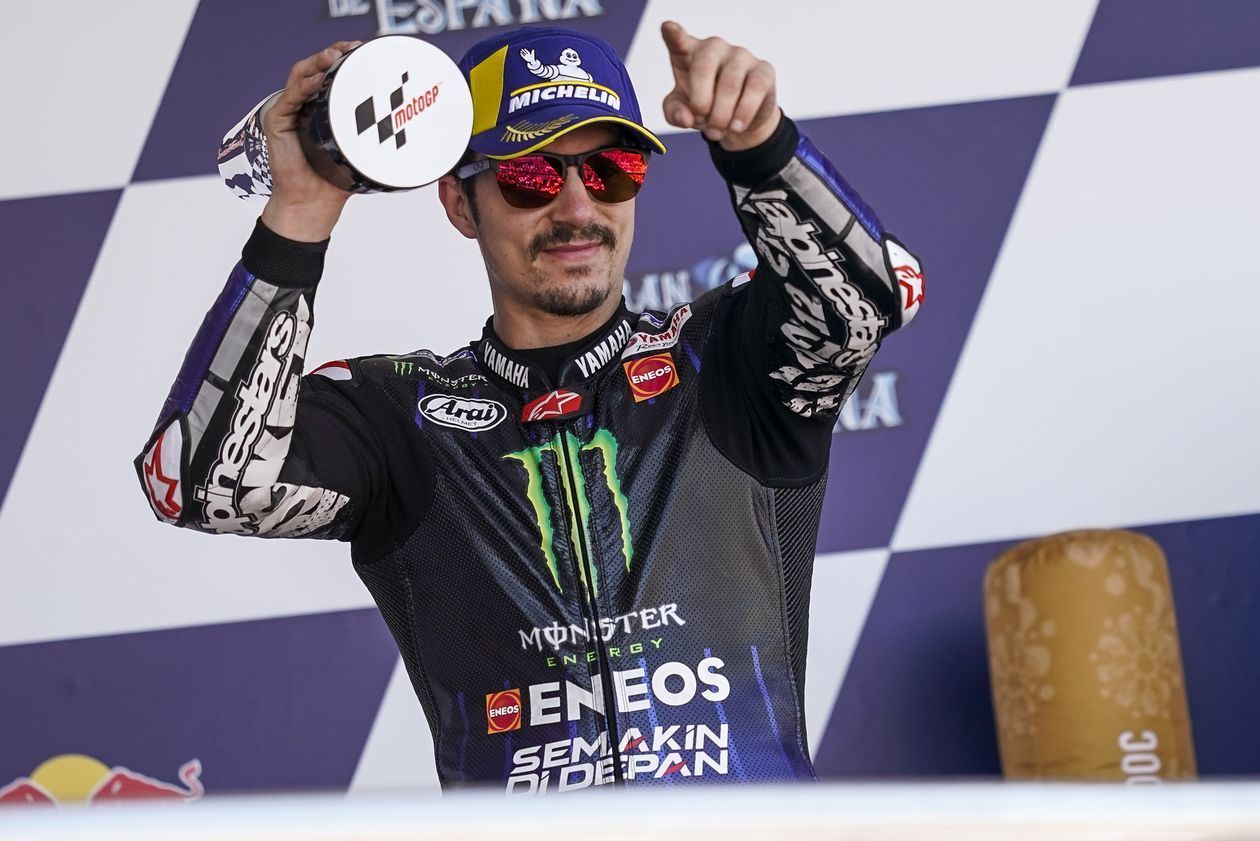 Maverick Vinales was relieved to score a podium in Spanish GP at Jerez which felt like a win to the Yamaha rider as he ended a Top 3 drought at the circuit.

It hasn’t been an easy year for Vinales as he sits only sixth in the MotoGP riders’ standings with 30 points. The Spaniard scored his first podium of 2019 in last weekend’s Spanish GP, which was his first at the Jerez circuit as well in six attempts.

He had Ducati’s Andrea Dovizioso and Danilo Petrucci hot on his tail though for the last few laps but fended them off to seal an all-Spanish podium. For once, Vinales had a clean start which allowed him to stay with the lead group in all of the grand prix.

Teammate Valentino Rossi had to work hard from 13th but the Italian clawed back to finish sixth. While celebrating the podium finish, Vinales revealed that he had to work extra hard and change his style a bit to eke out the results in tough times.

“I’m so happy about the start because the first objective was to get a good start,” said Vinales. “I’m really pleased about this podium. It’s a track I’ve really struggled at over the years and to be on the podium feels like a victory to me.

“We recovered a lot of confidence, especially with the front tyre, so it was really important. I’m doing something different on the bike that gives me more consistency on the start so I can be more precise. And then, they help me a lot with the bike too.

“It’s very important that we weren’t that far away from Alex [Rins] and Marc [Marquez] at the end. So, we need to keep working and keep thinking as the most important thing is to be on the podium constantly.

“It was really hard because I saw Dovi and Petrux, they were together, and I thought ‘woah’. I knew Dovi was going to push because I think he wanted to finish in front of Petrux, so it was going to be difficult.

“I just tried to make my best laps, my best sectors. Honestly, it was so difficult because I had just a little bit of tyre left. I don’t know if I could’ve done anymore laps like my last one. There’s no time to relax though.

“Honestly, we’re still a few steps behind our competitors so we need to keep working. I felt quite happy because I think the team made some good steps throughout the weekend, but we will focus a lot on the traction area because for my type of riding style that is the most important part.

“And also, we’re going to try find a little more turning because I struggled a little bit with that in the grand prix. I think we have to work on the engine braking, because I’m really sensitive on that, and then on the traction by mechanical grip. There is a lot of work to do.”