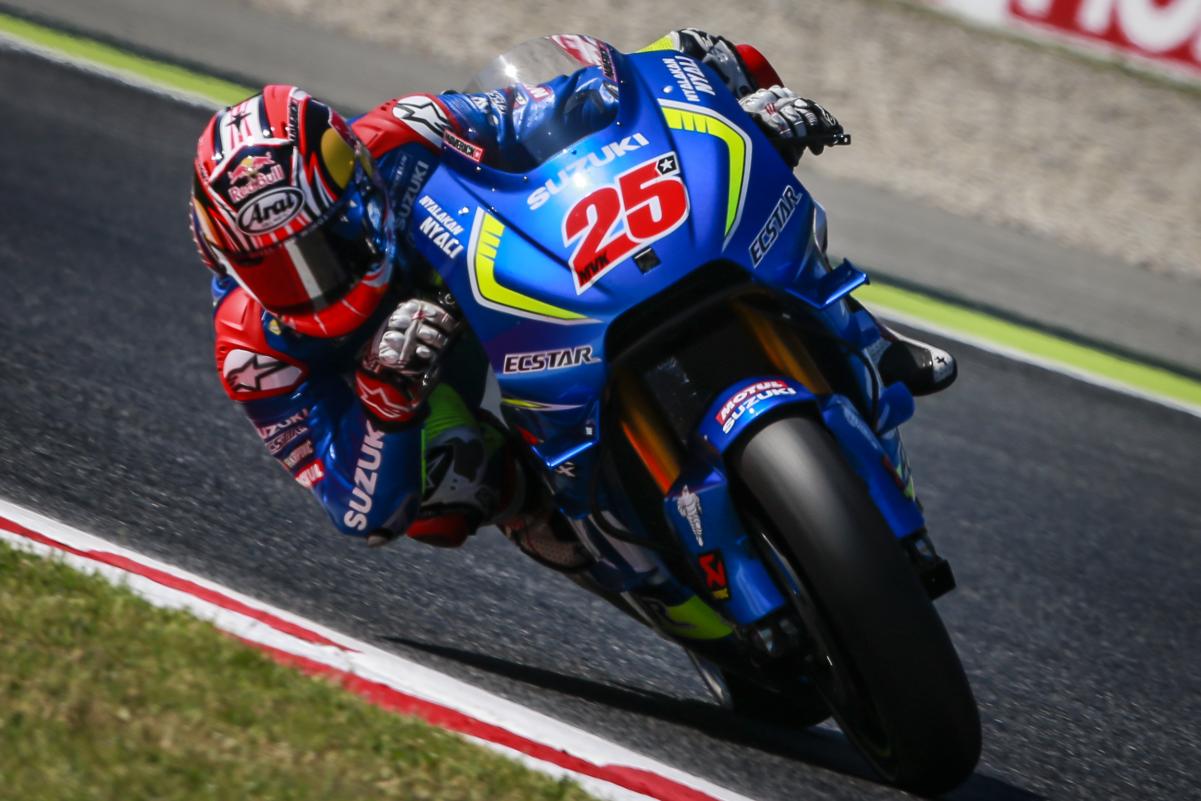 Maverick Viñales set the fastest in the extended FP3 of MotoGP at circuit of Barcelona-Catalunya which had a new layout. That layout helped a lot the Repsol Honda riders who completed the top3.

Today’s Saturday morning free practice was more important than ever. It’s well known that FP3 is key to get the access to QP2, but is also true that the drivers today had a new challenge.

Despite the difficulties to get a good set up for Hard or soft compounds, the riders today had to ride in a new circuit lay out, following the Luis Salom crash yesterday at turn 3. The organizers decided to race with the Formula 1 layout, using the chicane at the end of the circuit.

That means that the top10 of FP3 were going to get his pass to Q2.  The new layout helped a lot to the Honda riders, as Yamaha guys suffered a lot.

Last year pole sitter, Aleix Espargaró was only 14th and he will have to fight versus Hernandez and Dovizioso to join QP2.