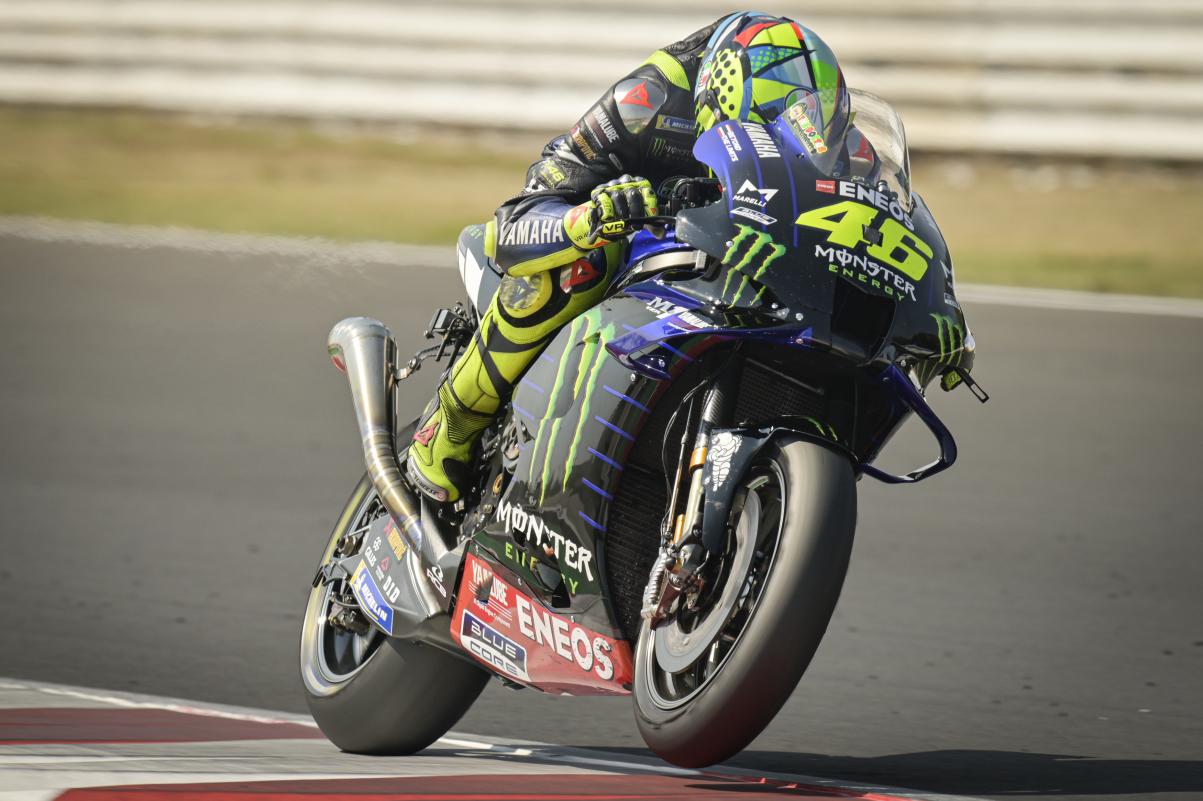 Nakagami also had a crash during the morning session where the Japanese rode the 2020 Honda of Stefan Bradl, who did not ride in the test due to pain in his arm. There was a bizarre incident with Zarco as well, where he damaged his fairing in pitlane.

The San Marino MotoGP race winner Franco Morbideli did not ride due to stomach bug. The only other Honda on track was of Alex Marquez (1m32.480s) in 11th, who trialed a new exhaust as well. Pramac’s Jack Miller (1m32.510s) was 12th but was plagued by issues.

Tech 3’s Iker Lecuona missed the day as Ducati’s Danilo Petrucci (1m32.679s) was 16th from Yamaha’s Rossi (1m32.946s), who not only trialed new exhaust but also a new chassis along with Vinales.

Avintia’s Tito Rabat (1m33.306s) rounded in 18th after his engine died in the second session as host of MotoGP riders tested the new radio communication system during the day after Bradl did it in San Marino GP.