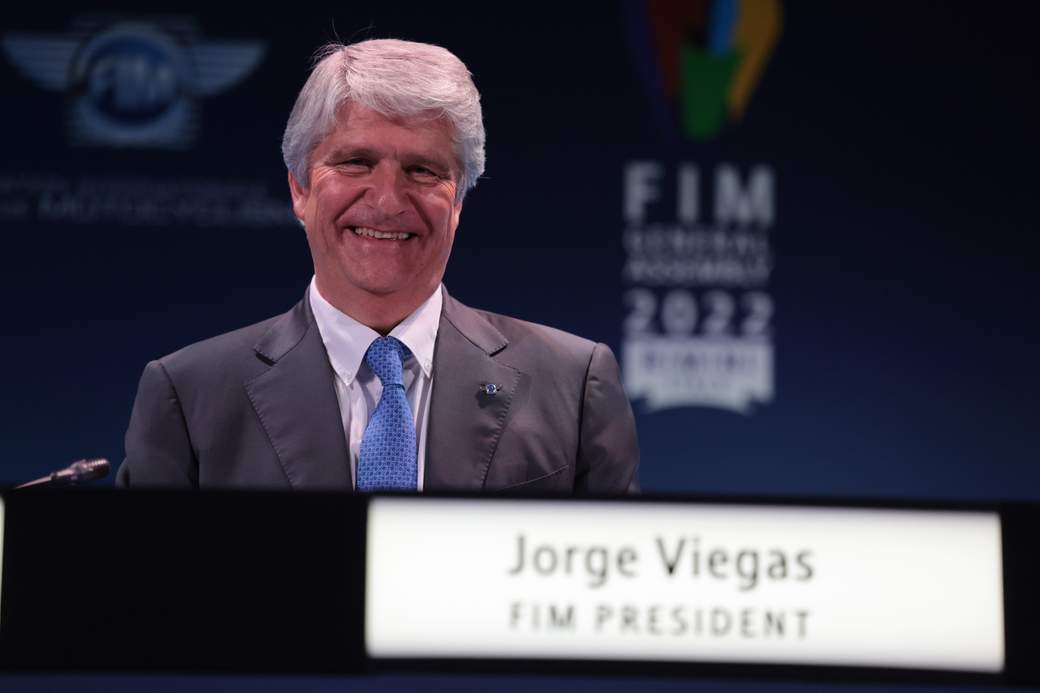 Jorge Viegas has been re-elected as the FIM President for a new term starting in 2023 after securing 99% of votes.

Today at the FIM Annual General Assembly in Rimini, Italy Mr. Jorge Viegas has been re-elected as FIM President after his successful candidature was officially confirmed by him securing 99% of the votes cast by the national federations present. Mr Viegas’ new mandate will follow on from his successful first four-year term in office.

Prior to first taking on the role as FIM President back in 2018, Mr Viegas had already served in several roles within the FIM over a long period, starting as a Member and President of the FIM Promotion Commission in 1992 before being appointed FIM Vice‐President for various terms between 1996 and 2014. He has also served several terms as an FIM Board Member and he was a Member of TAD in Portugal as well as Member of the Portuguese Olympic Committee.

Reflecting on his re-election earlier today Mr Viegas enthused: “I am very grateful for the ongoing support I have received and for those federations who felt I deserved their vote. The last four years have been an amazing journey which was only made possible thanks to the incredible team who I have worked with. I can never express enough gratitude for their motivation, availability and friendship, they truly are my family.”

“I must also thank the National Federations and the CONUs for the outstanding accomplishments that we have achieved together, through our shared goals, combined hard work and importantly great collaboration. I am blessed to work with each one of you, and my dearest wish is to keep caring about you in the future.”

Born in Faro, Portugal, with a Master’s degree in Economics (International Relations), Mr Viegas’ affair with two‐wheels began when he first raced motocross back in 1974, before switching to Circuit Racing with some success, even competing in several 250cc Grand Prix events as well as the 24 Hours of Le Mans. After several years working as a journalist, he founded and became President of the Portuguese Federation (FNM/FMP) in 1990 and was later appointed by the Portuguese government as President of the Estoril Circuit.

Mr Viegas concluded by saying: “We have already developed many initiatives in relation to the one hundred and twentieth anniversary of the FIM in 2024, now we can start to plan and action these alongside the many other plans we have for the next four year period and beyond hopefully.”