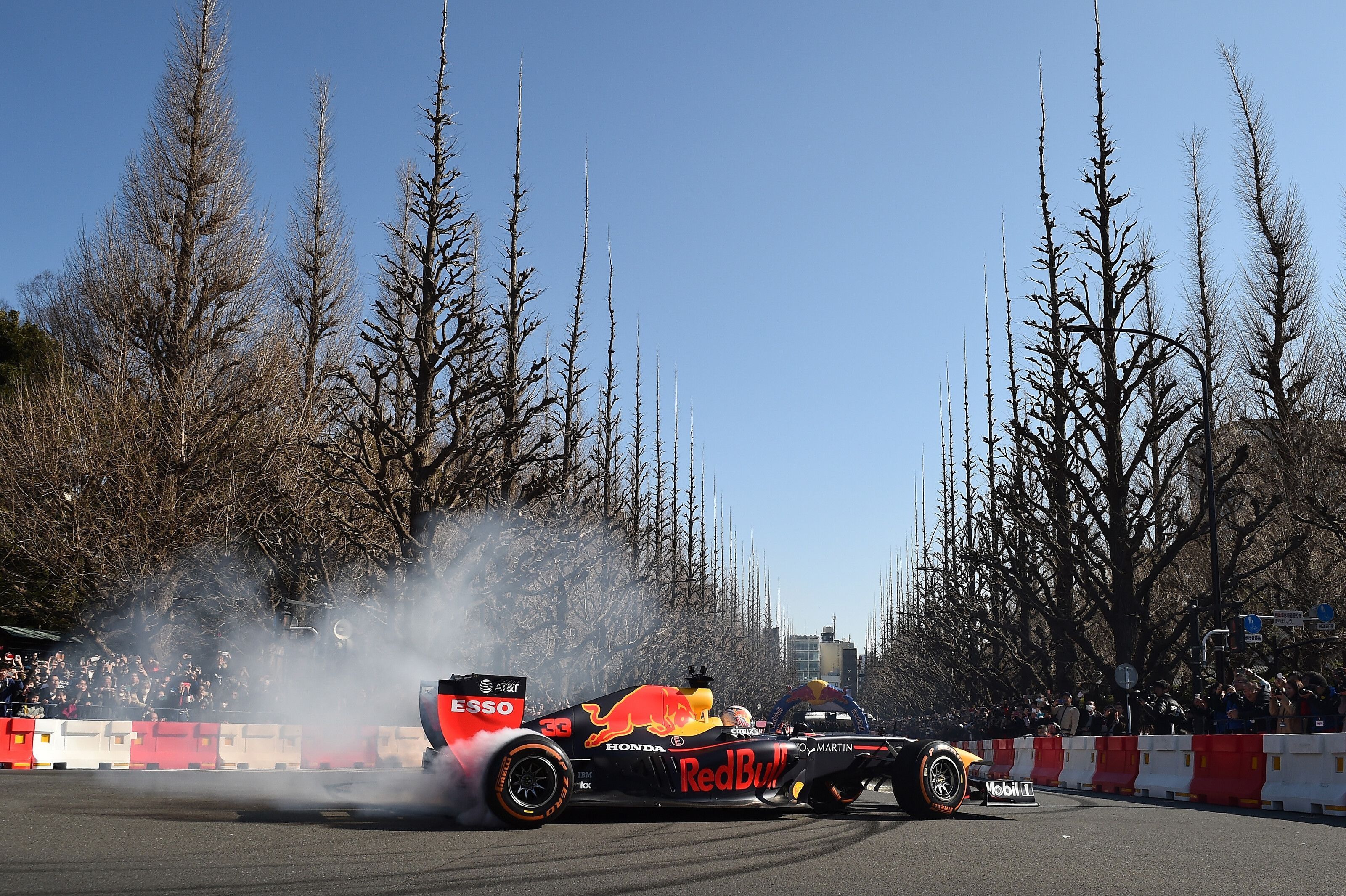 Red Bull Racing drivers Max Verstappen and Pierre Gasly wowed the Japanese fans in Tokyo with a showrun ahead of F1 2019 start.

With only a week remaining for the 2019 F1 season to start, Red Bull kick-started its campaign and also its journey with Honda in style with a showrun in parkland of Jingu Gaien Gingko Avenue in Tokyo on Saturday.

Red Bull’s new pairing of Verstappen and Gasly drove their respective 2011 RB7 in the 400m stretch for the team’s first show car event on the Japanese soil since 2011, with nearly 10,000 fans in attendance.

Also present in Tokyo were the two Toro Rosso drivers Daniil Kvyat and Alexander Albon along with Franz Tost, Christian Horner and Helmut Marko as they all had a press conference ahead of the showrun where only the Red Bull drivers drove.

Really great to see so many fantastic fans out in Tokyo 🙌 Love being in Japan! 🇯🇵 #givesyouwings pic.twitter.com/xtpormNpoY

“It’s the first time I’ve done a showrun here in Tokyo, and it was great,” said Verstappen. “The course wasn’t that long, but it was still fantastic because there were so many fans here and we could do a few donuts too.

“The support here is generally crazy and now with the combination of Aston Martin Red Bull Racing and Honda together, it’s just amazing. To see that many fans rocking up for a showrun is great and in Suzuka later this year, the support should be incredible.”

Teammate Gasly, who has spent a year racing in Super Formula, added: “It’s been an amazing experience to drive a Formula One car for the first time in Tokyo and the crowd was enormous.

“The passion in Japan for F1 is awesome, and they really show their love for the sport and for the Team, which is fantastic. It’s a privilege to share that passion with them, even if it’s not for long. It’s a wonderful start to the season.”