Home F1 Video: Ricciardo back on The Daily Show to discuss multiple topics 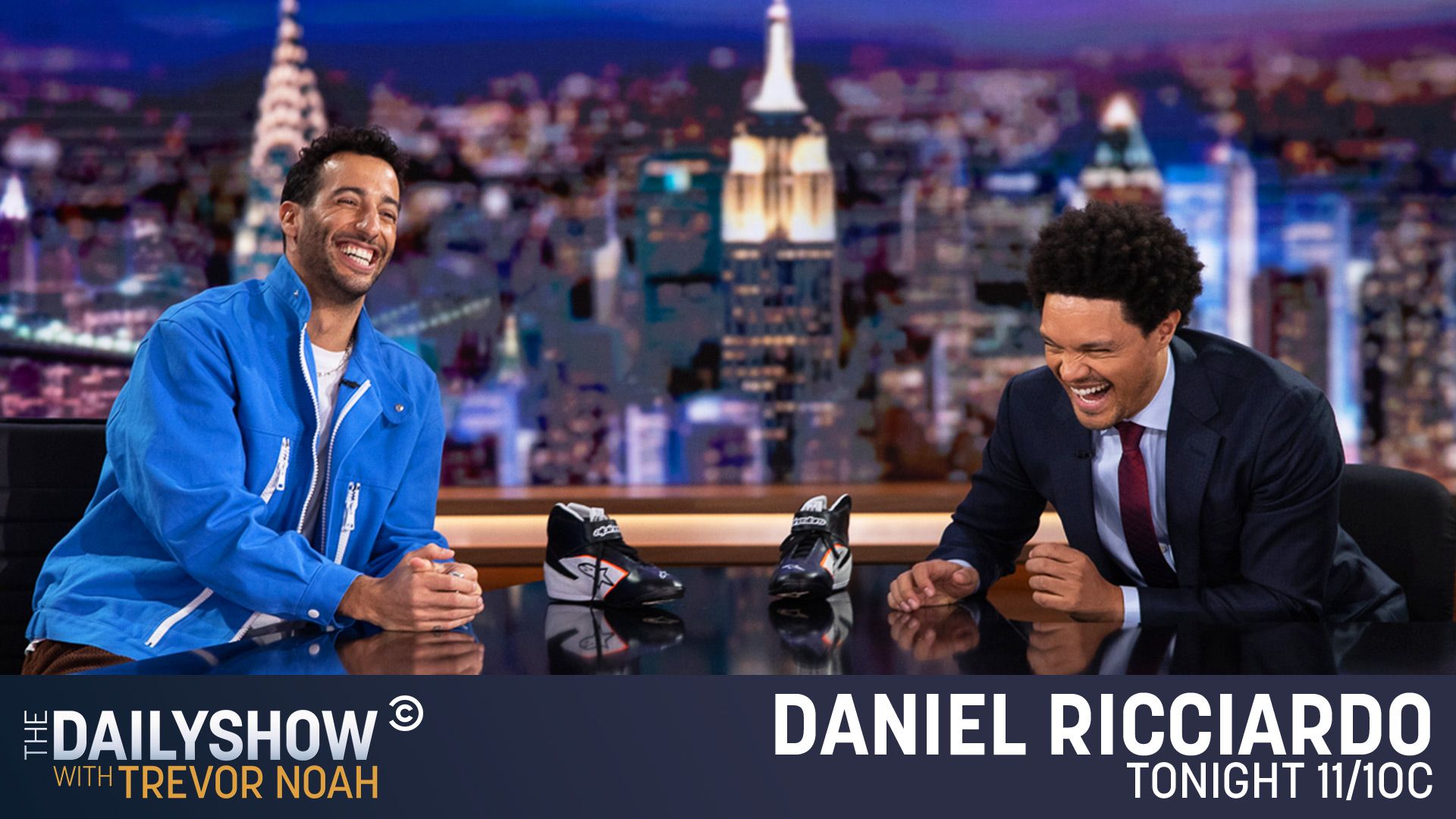 Daniel Ricciardo was back at The Daily Show with Trevor Noah ahead of the F1 Miami GP where he talks about multiple topics.

This is the second time that McLaren’s Ricciardo has turned up to The Daily Show – hosted by Noah. The first time was before the release of Netflix’s Drive to Survive’s Season 3 with the second time being this week ahead of next weekend’s F1 Miami GP.

Ricciardo was greeted by Noah in his trademark style where he out up a ‘shoey’ on the table and they both took a sip of champagne. They also discussed about being in US and fans knowing the Australian due to Drive to Survive show.

Staying with the show, Ricciardo talks about the ‘dramatisation’ of rivalries. Noah started the topic taking Max Verstappen’s view on not wanting to be on the show because of that. The Australian doesn’t mind as much, even though he understands the idea behind it.

Talking of it, Ricciardo added on apologising to Carlos Sainz after the Imola crash between the two. He also notes Austin to be his one of the favourites events on the calendar before bidding goodbye to the show.