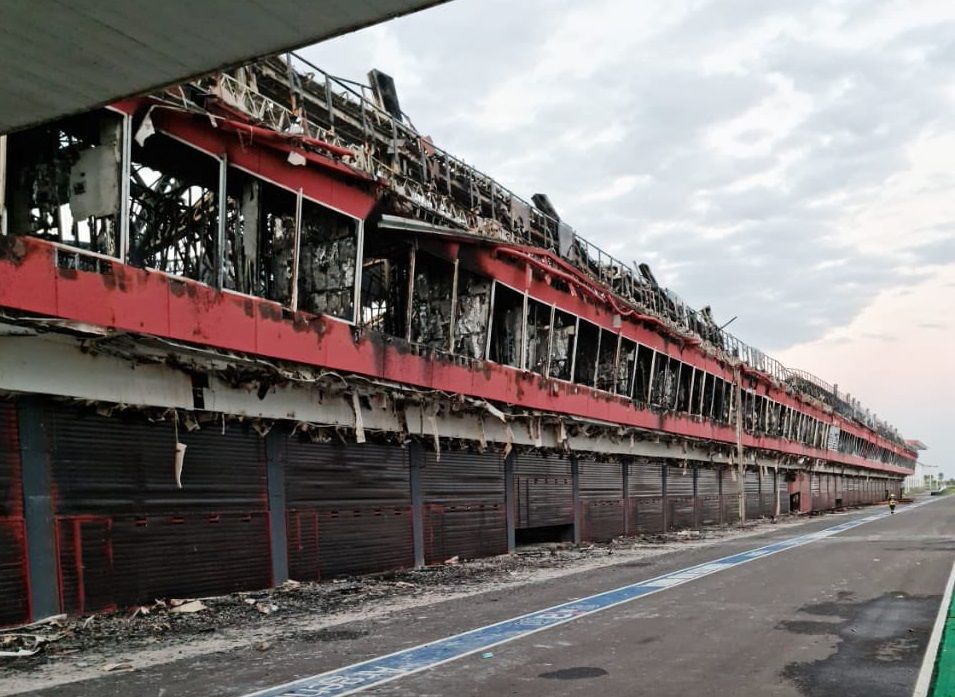 The investigation into the reasoning behind the fire at Argentina’s Termas de Rio Hondo circuit has started after fire destroyed a major part of the track.

It took about six hours to douse the fire but the damage was done. Fortunately, the museum beside the pit was unharmed due to timely intervention and the cars have already been placed back in order for it re-open next Tuesday on February 9.

The investigation, though, is on to understand how the fire started. As known, there were workers working one side of the circuit when the fire started at around 10 PM. The team is now looking to ascertain if it was an intentional fire or an accident.

The security footage has been taken by the team, with testimonies from 15 people taken up so far. When the fire started, 38 members of the Termas de Rio Hondo Volunteer Firefighters began to work at the site immediately.

The staff from the Capital City Firefighters, Clodomira, Firefighters from the province’s police then joined in and the professionals from the TRH Comprehensive Health Center and the Santiago del Estero Emergency and Accidentology Service attended the injured.

Fortunately, there are no reports of fatality but firefighters have injured themselves with multiple suffering from cuts and one dislocating his shoulder. Five of them had to be rushed in to get oxygen, as well, after inhaling the fire smoke.

Here’s selection of photos and videos of present state:

Here’s videos of the fire raging on