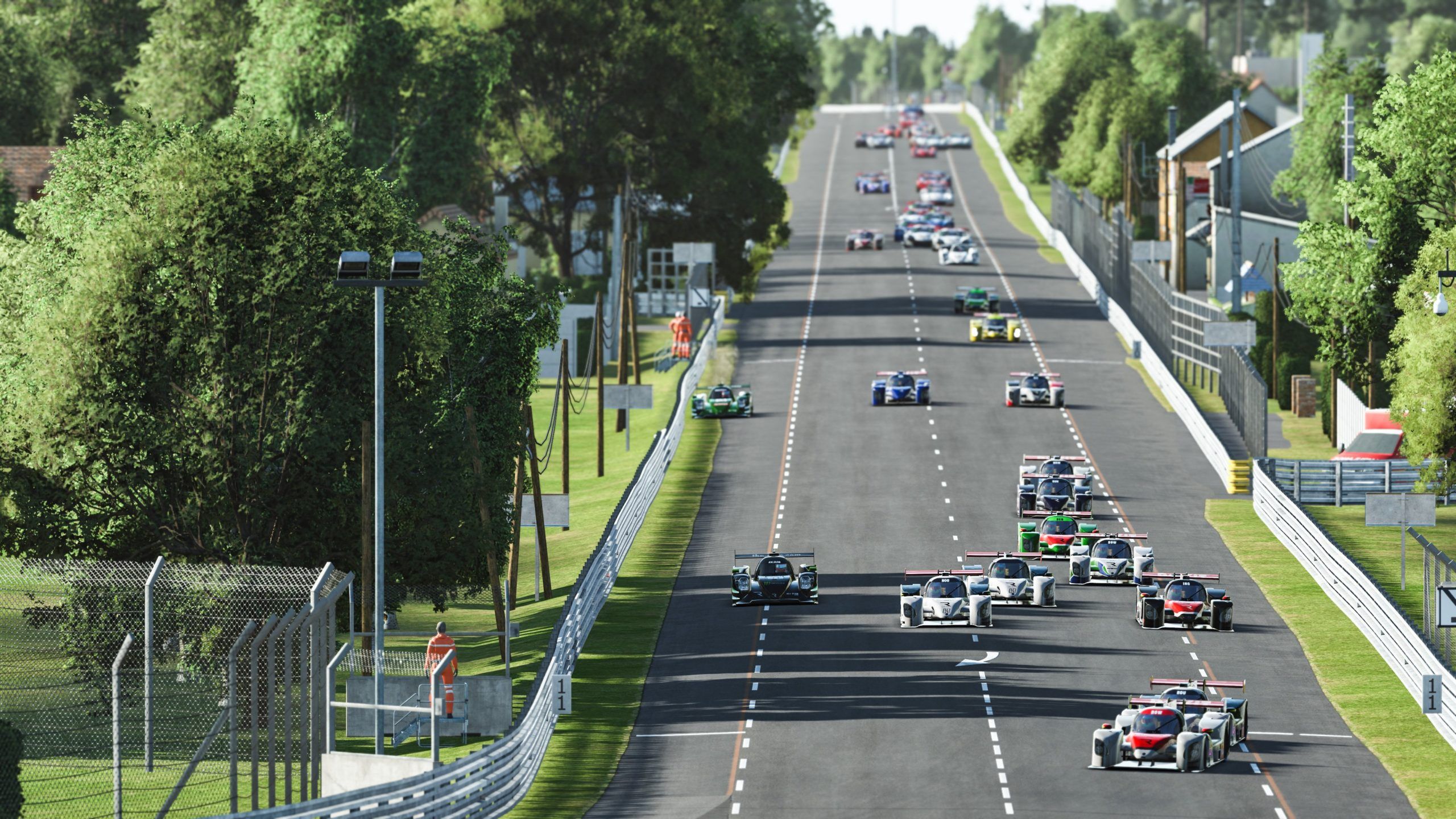 As the third part of the All-star ESports Series, the drivers had Le Mans’ Circuit de La Sarthe to contend with to complete the Triple Crown run, as they drove various cars. Initially, it was thought that there would be one multi-class race with a length of one hour, but this wasn’t the case.

Instead, there was a more familiar format with multiple races leading into a longer-form race to set the grid, the first of which was with the pro drivers. Oliver Rowland took pole position in this, and finished a commanding drive out in front, ahead of Tom Dillman. Augustin Canapino came third, Arthur Rougier was fourth and Yifei Ye fifth.

The Sim racers’ event was sandwiched between this and the legends race, which was won by Fernando Alonso after Rubens Barrichello took pole position. Oriol Servia came home in second place ahead of David Brabham as the Brazilian fell to fourth, but fended off Montoya.

Then came the finale race which was a 40 minutes in length where Barrichello led a field 60-cars strong off the line. After a chaotic start that saw Alonso punted out of contention, Barrichello was leading in the LMP2 class of Legends and the LMP3 field of Pro drivers was headed by Rowland.

As they crossed the line, the standings looked somewhat similar, with the Top 5 in top the Legends class as follows: Barrichello, Karun Chandhok, Servia, Montoya, and Andy Priaulx, albeit Montoya’s fourth place is being called into question due to unorthodox driving methods in his fight against championship rival Priaulx.

Here’s where you can watch all the ESports races: https://www.youtube.com/watch?v=CQe1hVbqjuc&list=PLtElEI41NT-nIeIq4IYRcG8E0WJytrzvY&index=2&t=0s