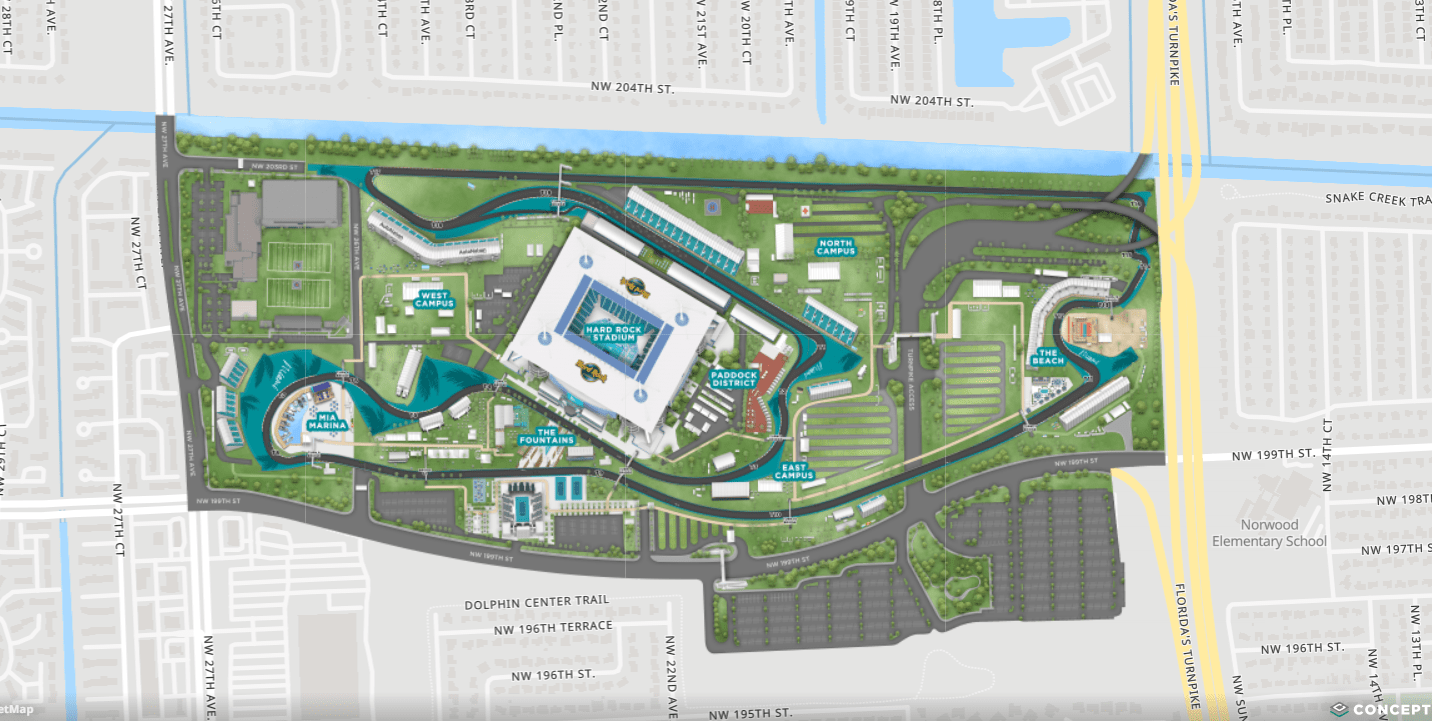 The promoters of F1 Miami GP has revealed a fly-through campus video showcasing the different stands and facility around the new circuit.

From being dubbed as a ‘parking lot’ facility, a fly-through video from the promoters of F1 Miami GP showcases the amount of work being done at the new Miami International Circuit around the Hard Rock Stadium to provide fans the best experience possible.

Amid the speculations of the circuit having man-made yacht club – named MSC Cruises Yacht Club – along with swimming pool, the fly-through video confirms that with an area/stand dedicated to it. It also gives new angles of Hard Rock Beach Club.

Interestingly, the circuit has multiple stands/clubs dedicated to teams like Mercedes (under Silver Arrows), Ferrari, McLaren and Red Bull. The video also reveals the podium area on the face of the Hard Rock Stadium, among other things.

The promoters expect a full house with tickets already sold in large numbers and more being added on the website. Here’s the full fly-through video:

Here’s another video from JP Morgan with Tom Garfinkel: