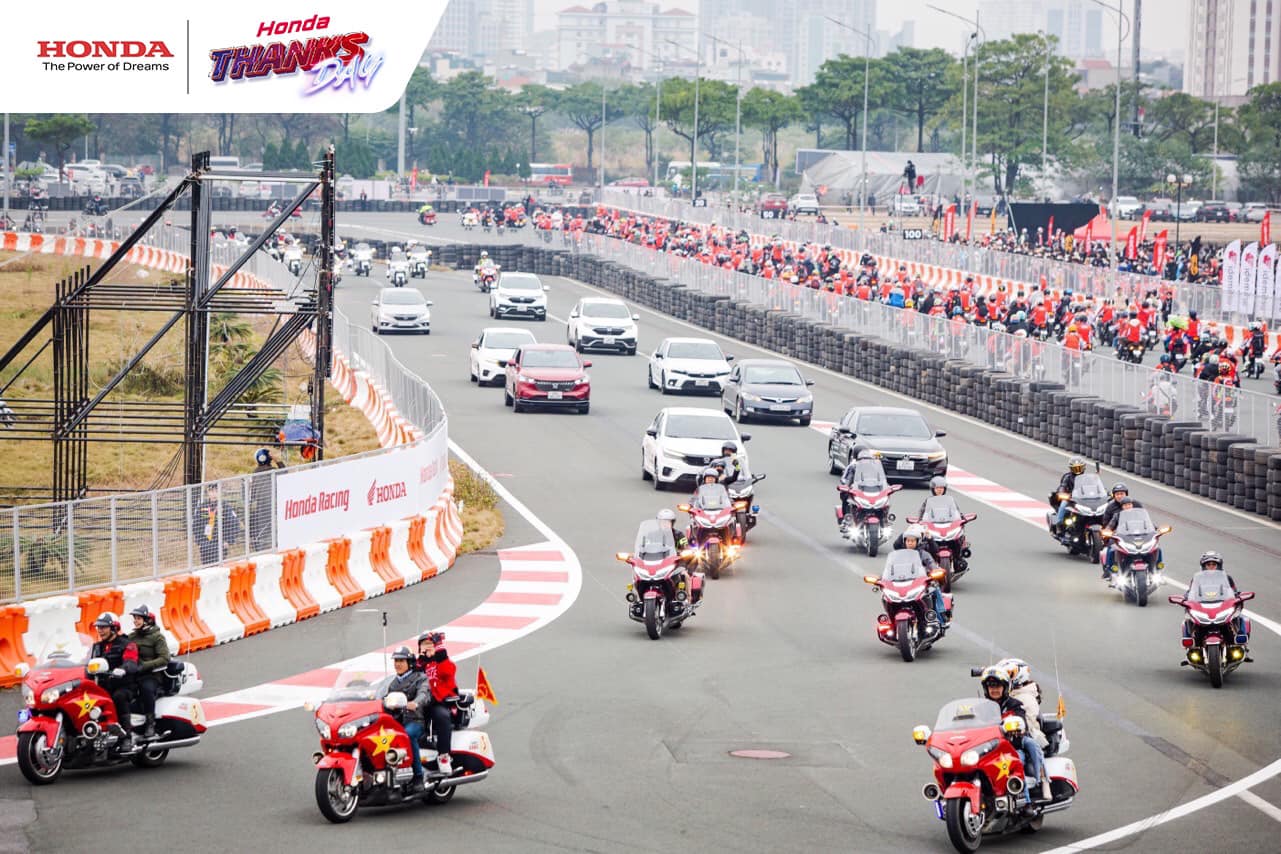 The to-be F1 circuit in Vietnam hosted its first mega event this weekend as Honda had their local ‘Thanks Day’ which involved some racing too.

What could have been at the Hanoi International Circuit in 2020, it just didn’t happen eventually with F1 not at scheduling a grand prix at the brand new circuit in Vietnam. The COVID-19 turned things upside down and other issues hampered the race.

Duc Chang who was closely involved with the grand prix was arrested by local police on grounds of corruption which became the prime reason for F1 to not venture in Vietnam. The 5.6km street circuit lays waste in a sense with not much happening.

But Honda Vietnam this weekend ran a ‘Thanks Day’ at the venue which ran couple of friendly yet competitive races. In fact, this more or less became the first time that the supposed to-be F1 circuit had a racing event held at the track.

While there were four-wheel cars on the circuit but those were more commercial ones, and the racing happened on the motorcycle side. Most of the Honda customers were present with the event hosting other entertainment related things.

Here’s the link to watch the full event: https://fb.watch/hNuAFK0oD5/