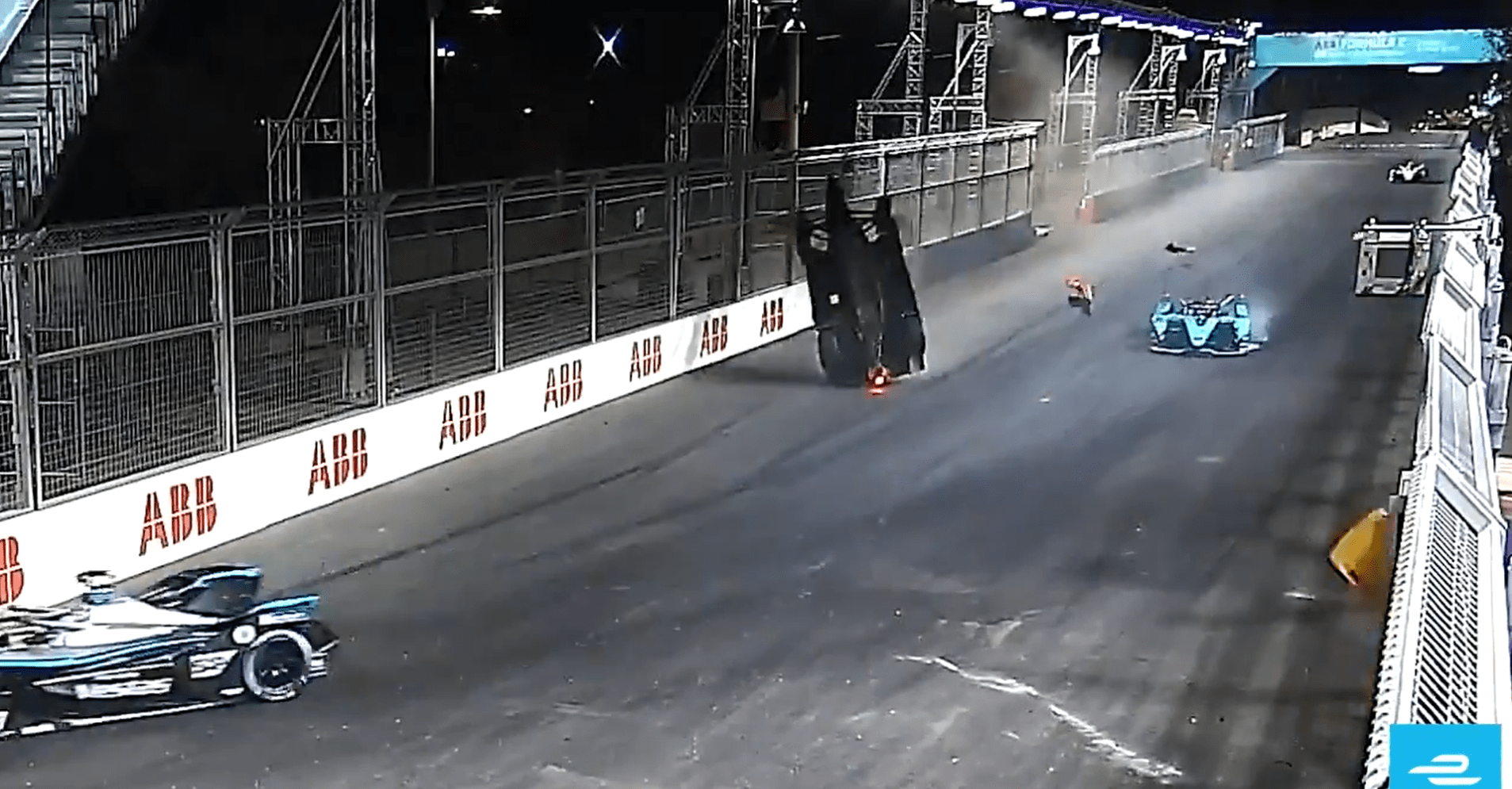 Formula E has shared first official footage of how Alex Lynn collided with Mitch Evans in Race 2 of the Saudi Arabia weekend.

The incident took place in the dying stages of Race 2 of Saudi Arabia Formula E weekend, in the same corner where another crash happened at the same time. The first accident saw NIO’s Tom Blomqvist, BMW’s Maximilian Gunther and Nissan’s Sebastien Buemi.

It had Gunther out-braking himself in the right-hander, thereby hitting Blomqvist, while also getting rear-ended by Buemi. The German was adjudged as the guilty party, where he was handed a drive-through penalty – converted to a 24s time penalty.

Within seconds of this incident, Mahindra’s Lynn collided with Jaguar’s Evans, which left the former upside-down in the run-off area. He was rushed to the Riyadh hospital, where he was adjudged to be safe and was released late in the night after all the checks.

Some raw footages surfaced online, posted by the marshals present. It seemed like an incident which happened in F1 with Mark Webber in Valencia against Heikki Kovalainen and also like how Fernando Alonso collided with Romain Grosjean in Melbourne.

The first official CCTV footage from Formula E confirmed the same, where it showed that while Evans tried to defend his position going to his right, Lynn followed him and was squeezed by the former. The Mahindra racer had nowhere to go at that moment.

He clipped the rear tyres of Evans and went airborne, before sliding into the run-off area upside-down. The Kiwi stopped his car and quickly went towards Lynn, as the medical crew and the marshals arrived at the scene. He was taken to the hospital then.

Here’s the video from Formula E:

Some other angles here:

A doctor who looked after Lynn posted an image thanking the Formula E driver and Mahindra for co-operation, whereas team boss Dilbagh Gill thanked everyone involved too. “On behalf of Mahindra Racing, I would like to thank the track marshals, MDD, the ambulance services and the staff of King Khaled Hospital, Riyadh. You are heroes. Truly appreciate your immediate and excellent care. We are grateful,” he wrote.