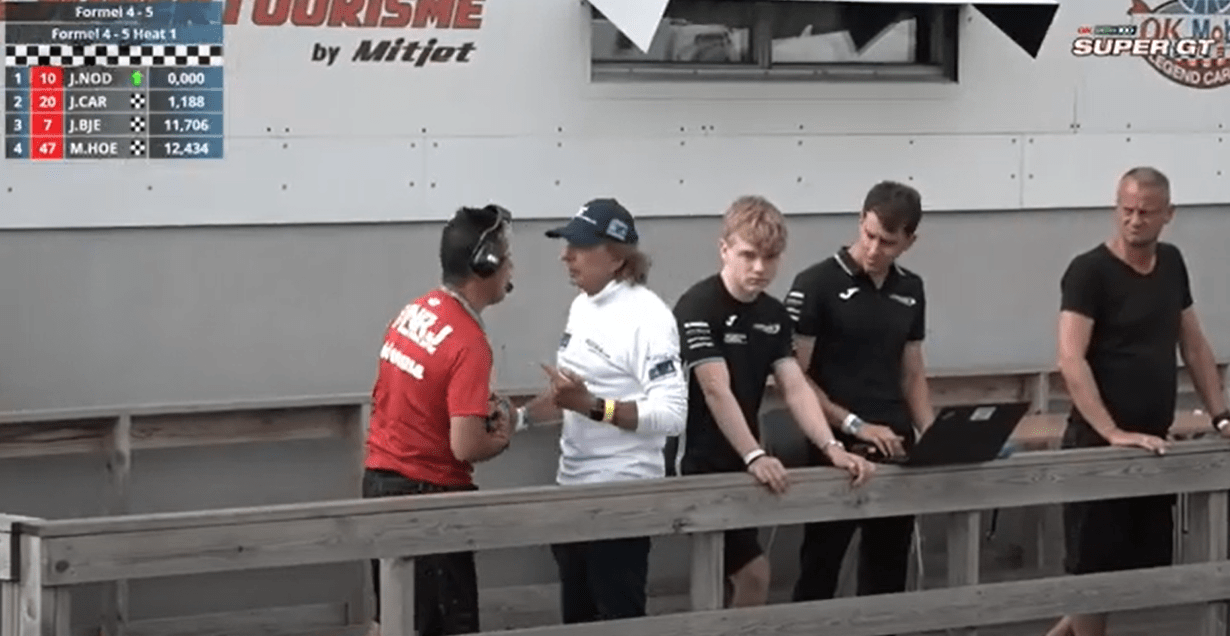 Emerson Fittipaldi Sr didn’t look happy towards the end of Race 1 in Danish F4 weekend, as he lost his cool on Juju Noda’s father Hideki, after an on-track tap.

Fittipaldi Sr was on the pitwall just alongside Noda Sr, when their son Emerson and daughter Juju, were involved in a race long battle for the top spot at Padborg Park. It was the Brazilian leading from pole, with the Japanese on his tail all-through.

The gap stood around one second in the 16-lap race, and was down to about four tenths when Noda went for a move on Fittipaldi. She braked hard to make it into the right-ender at the end of the main straight on the inside, with the Brazilian on the outside.

When Noda braked, Fittipaldi was in two minds whether to turn in or not, but it was too late, as he was forced onto the gravel trap. The Japanese managed to make the corner, and eventually register her first win of the 2021 Danish F4 season.

However, post-race, the stewards imposed the harshest penalty on Noda, as she was excluded from the race result, which handed the win to Team FSP’s Jesse Garrasquedo Jr. Fittipaldi was classified ninth (a lap down), even though, he didn’t the flag.

The exclusion means, Noda has dropped back to third in the drivers’ standings with 40 points, while Fittipaldi remains seventh in the order, but earned an additional point to have 30 against his name, after four races in 2021 season, so far.

For Fittipaldi Sr, the verbal attack started when the two were together on the pitwall. The led Noda Sr to walk away from the scene but the Brazilian followed him into the pitlane. Post-race, The former F1 racer stood at the end of pitlane to receive his son and car.

Here’s the video – starts from 19:00 around and goes until the end: