The success of the first weekend resulted in another round of the All-Star ESports Battle and the Not The Bah GP with plenty of action in the two.

Following the astonishing success from last weekend, All-Star ESports Battle was back for the second time as it replaced the F1’s Bahrain GP. The grid was divided for this weekend’s races which took place on Saturday as opposed to Sunday.

The All-Star ESports Battle had a thrilling fight for pole, with four heats. The top five from each heat progressed to the final race. IndyCar’s Felix Rosenqvist won the first heat comprising of Pro drivers, while Rudy van Buren dominated the second.

For the ESports racers, it was Kevin Siggy who won, and in the last-chance heat for Pro drivers who had failed previously, Tom Dillmann triumphed. The pole-sitter for the final race was Siggy, but in the early stages of the race, van Buren snatched the lead from third.

Van Buren held on to the lead despite attempts to topple him from other drivers, and ultimately he won the race at the Indianapolis Motor Speedway Road Course. Rosenqvist bounced back from back and looked set to replicate his result from last week, where he was class of the field when it came to real-world drivers.

However, Dani Juncadella had other plans for the Swede, and the duo battled it out. When the dust settled, the Spaniard was on top and managed to clinch fourth, making him the leading real-world driver with Rosenqvist in fifth.

The next best-finishing real world drivers in the All-Star ESports Battle were Formula E’s Stoffel Vandoorne and Maximilian Gunther, with the Belgian driver edging out his fellow electric racing series athlete to come in ninth.

Between Rosenqvist and Vandoorne came three sim racers with Risto Kappet in sixth ahead of Erhan Jajovski, while 2019 McLaren’s World’s Fastest Gamer winner James Baldwin was eighth. Among the big name, Max Verstappen pulled out at the last moment.

Not The Bah GP:

In the Not The Bah GP ESports races at the Bahrain F1 circuit, it saw Dani Bereznay win Race 1 of 14 laps from pole in the Alfa Romeo Racing car – his second after winning last weekend’s Melbourne event too. It was Renault’s Jarno Opmeer in second.

The Top 3 was completed by the other Alfa Romeo car of James Baldwin, with Cem Bolukbasi in the Toro Rosso in fourth. The first of the real-world drivers in this ESports race was F1’s Nicholas Latifi in the Williams in fifth.

Youtuber Ben Tiametmarduk Daly in the Red Bull Racing car was sixth as Formula E driver Vandoorne slotted in seventh ahead of sim racer Jimmy Broadbent in the Ferrari with TRL Limitless was ninth in the lead Racing Point car.

PGA pro golfer Ian Poulter was 18th in the Renault. The second ESports race was full grid reverse, and given that he disconnected prior to the start of the first race, popular Youtuber Will Lenney (WillNE) started on pole in the McLaren.

However, he quickly lost that position to Super GT (Ferrari), who also lined up on the first row. In the end, Bolukbasi was triumphant, despite having started towards the back in 17th. Baldwin and Bereznay rounded out the Top 3 after fighting from the back.

Behind, Norris managed to improve on his result in seventh, while Broadbent was eighth edging out Gutierrez by less than a second. Latifi rounded out the Top 10 as he had an incident with aarava (Toro Rosso) in the heat of battle on the last lap.

Courtois came 12th – despite being part of a lap one melee – ahead of Hulkenberg, Deletraz, and Daly. WillNE lost several positions to be 17th with Vandoorne only 19th from Pulter, who disconnected from the lobby, and had to join back in.

Here’s the full recap of the Not The… Bah GP ESports race: 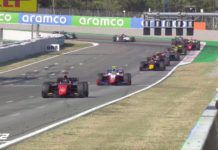 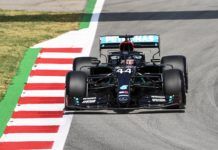 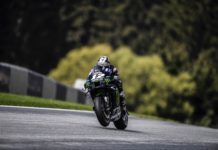 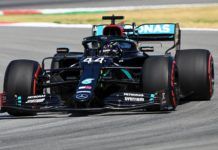 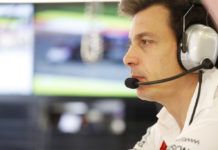