Home F1 Video: Abiteboul honours 2020 bet with Ricciardo and gets a tattoo 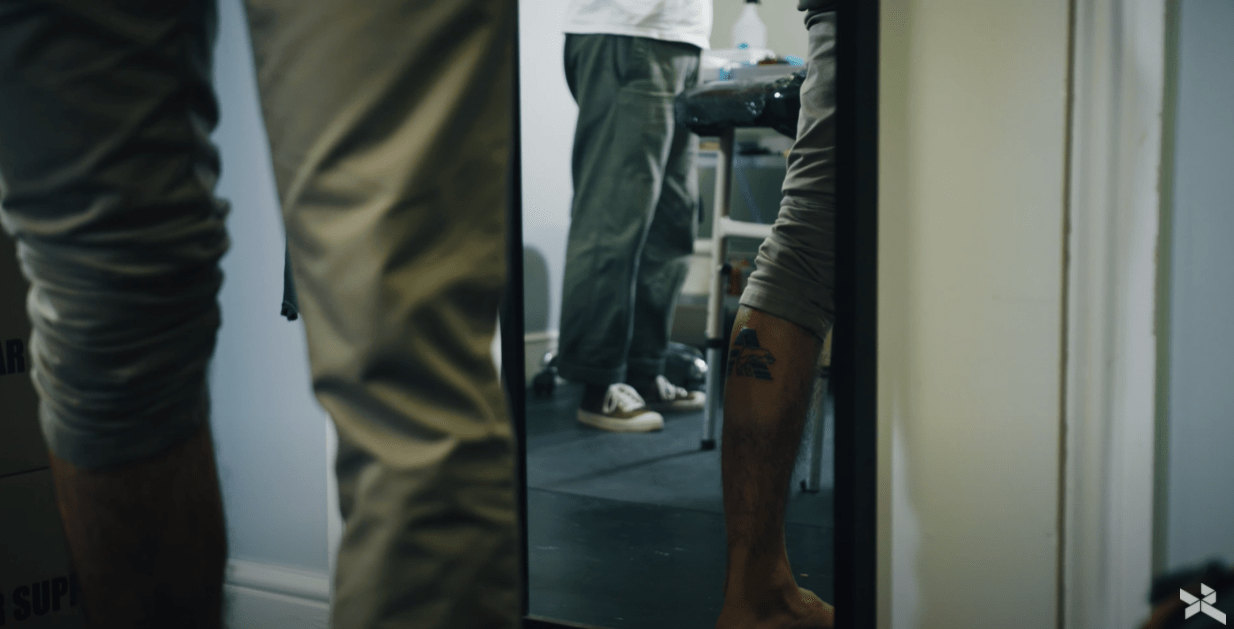 Cyril Abiteboul has finally honoured the 2020 bet with Daniel Ricciardo with a tattoo on his legs as the Australian F1 driver shares a video.

Ricciardo confirmed of a date between Qatar and Saudi Arabia for the tattoo bet honouring from Abiteboul side and it has been done with now. The former Renault F1 chief and the current McLaren driver visited a home parlour in the United Kingdom.

It is where Ricciardo gets his tattoo done with Abiteboul making his first public appearance since his departure from Alpine and F1. It is also the first time for the Frenchman to have a tattoo done to honour the bet with the Australian after he finished on the podium.

The design seems to be a mix of the Renault logo and honey badger – a custom made. He got it on his calf on his right leg. Abiteboul is Ricciardo’s second boss to get a tattoo after Zak Brown did so on a different bet with Toto Wolff earlier in 2021.

Post honouring the bet, Ricciardo had his first go on playing a tattoo artist role as he painted the number 3 – his racing number – on the hands of his tattoo artist, similar to the one the Australian has on his fingers.

Here’s what troubled McLaren and Daniel Ricciardo in Qatar