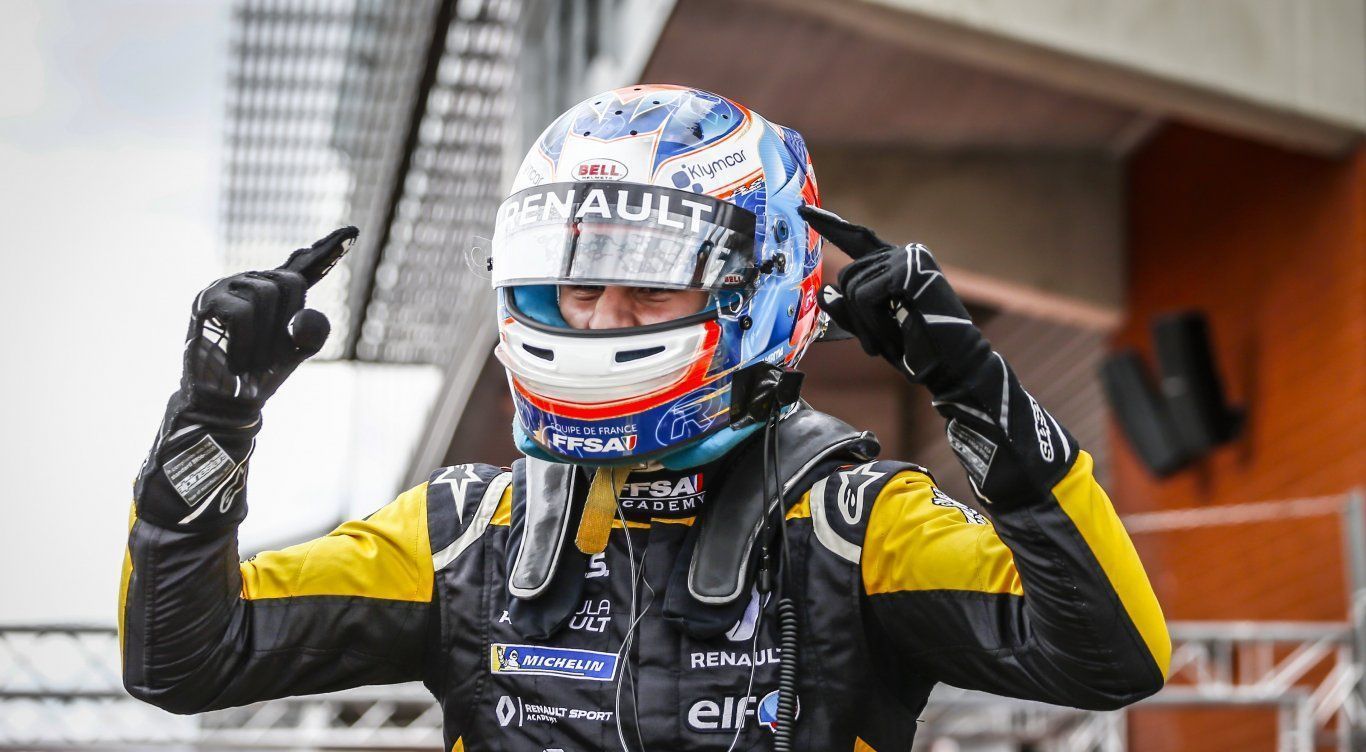 Due to an accident in the preceding race, the start was delayed by more than an hour and the race was shortened to 27 minutes plus one lap

When the lights went out, Logan Sargeant held onto the lead. Yifei Ye and Christian Lundgaard battled for second place, but Victor Martins got by both at Kemmel before the safety car was called into service to allow for the removal of the car of Nikita Volegov (Arden Motorsport), who flipped following contact with Sami Taoufik (Arden Motorsport).

The race restarted at the end of lap three. While there were few changes of position, the leading trio gradually pulled away from the field where there were many duels, including one between Christian Lundgaard and Thomas Maxwell for fourth place. Further back, Lorenzo Colombo and Arthur Rougier battled hard for sixth place as Max Fewtrell watched from behind once he had overtaken Oscar Piastri and Richard Verschoor after losing four positions on lap one

On lap seven, Victor Martins went on the offensive. He got past Logan Sargeant and made a small gap, which was enough to clinch his second victory of the year ahead of Logan Sargeant and Yifei Ye. Fourth, Thomas Maxwell was followed by Lorenzo Colombo, Arthur Rougier, Max Fewtrell and Christian Lundgaard at the conclusion of a fantastic battle. After battling with Frank Bird (Tech 1 Bird) for a large portion of the race, Oscar Piastri finished ninth after passing Richard Verschoor in the final minutes of the race.

Victor Martins (R-ace GP): “I got an incredible start! I was up to second before Les Combes and was able to break Yifei’s draft. Once I got around Logan, I was able to build up a small lead. I have been very confident in the car and it has shown with two wins in the space of a week. The vibes are strong with my team mates and the team is doing a great job, which makes us all better!”

Logan Sargeant (R-ace GP): “The previous rounds were difficult, but we are back among the leaders and that’s all that matters. I want to give my team a big thank you for the progress we made overnight. We were really struggling with our pace yesterday. Today, it was hard to maintain the lead and the safety car didn’t help us, but I hope things will be different in Hungary!”

Yifei Ye (Josef Kaufmann Racing): “We were aiming for the win today, but I didn’t get a very good start. I struggled at the beginning of the Kemmel straight. Victor was able to get by me on the right-hand side before the intervention of the safety car. After that, I tried to stay in contact with my rivals. I could have tried something, but preferred to guarantee a strong points haul as my main championship rival was struggling. I am already looking forward to the action after the summer break, because I have full confidence in our package for the Hungaroring, Nürburgring and Hockenheim.