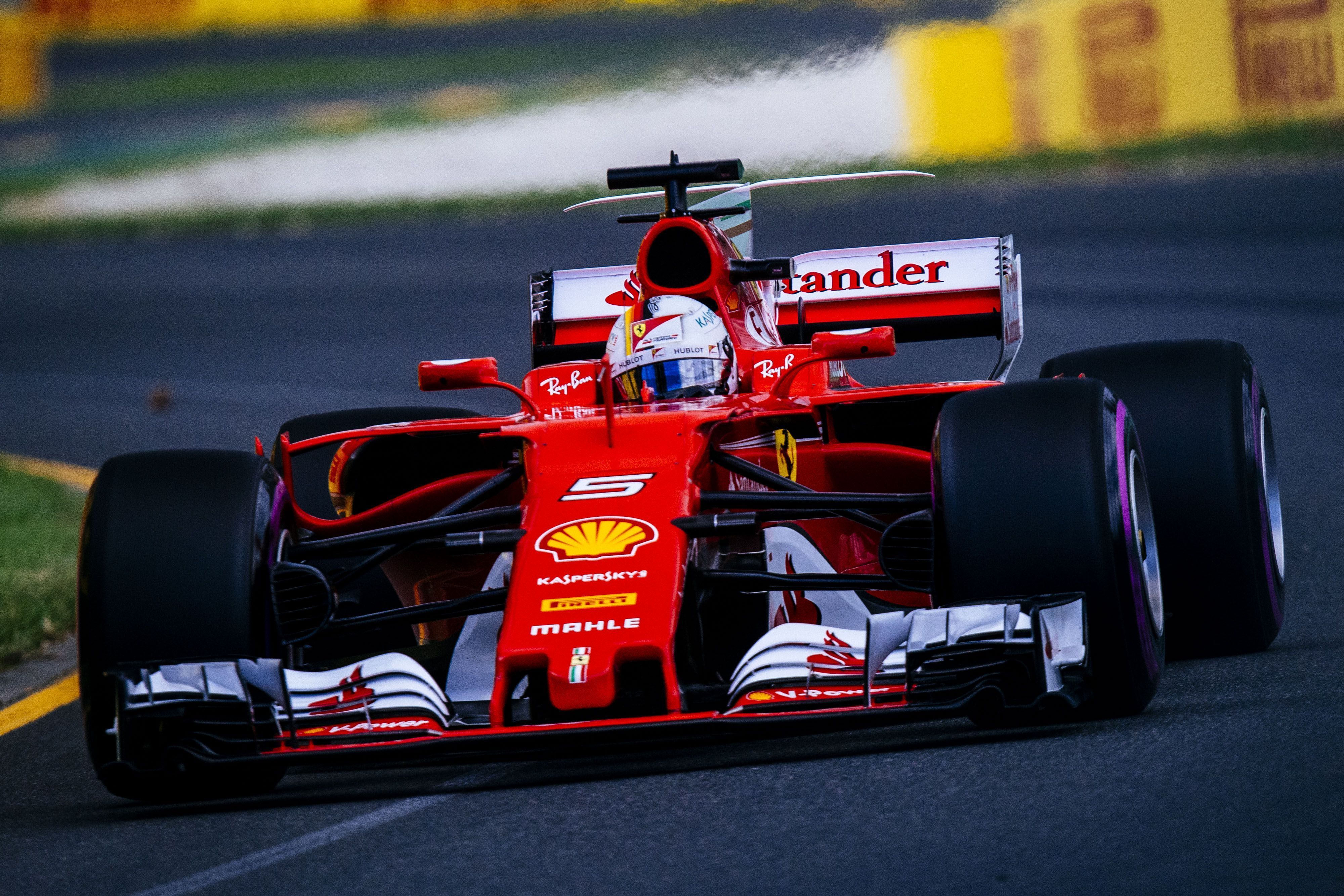 After more than one year without a win, Sebastian Vettel found his way back to victory by claiming the opening win of the 2017 ahead of both Mercedes of Lewis Hamilton and Valtteri Bottas.

Lewis Hamilton started from pole position ahead of Sebastian Vettel and Valtteri Bottas. After an electronical issue in his lap to the grid, Daniel Ricciardo attempted to start from the pit lane. The first attempt of a start was cancelled after a problem or Nico Hülkenberg and Sergio Pérez setting on the grid.

Goof start from Hamilton who could get away from Vettel despite the Ferrari staying close within the lap, Ericsson and Magnussen collided together and found themselves in the gravel trap on turn 3. Magnussen managed to get back on track and to pit after a puncture. Two laps down, Ricciardo could get out of the pits and start his race.

Vettel was able to follow Hamilton’s pace and battle for P1. Lance Stroll was the first driver to pit on lap 6. Vandoorne benefited from his pit stop to reset his car and to get rid of immediate electronical problems. Jolyon Palmer continued his troublesome weekend with brakes issues. Meanwhile, Stroll had caught up with Giovinazzi for P14, offering us a remake of F3 2015 battles.

On lap 15, Romain Grosjean got all his effort spoilt with an engine problem and had to give up. Two laps later, Vettel managed to come back to less than one second from Hamilton but the British driver went pitting for softs and went back on track behind Verstappen. Vettel stopped five laps later and could go out in front of Verstappen and Hamilton. Ericsson had to stop his car after an engine failure.

On lap 26, both Bottas and Verstappen pitted, one lap before Räikkönen. After 27 laps, Ricciardo stopped his car in the escape road of a turn. Further back in the field, Fernando Alonso and Esteban Ocon were battling for the last point of P10. Bottas was way faster on his second run than Hamilton and managed to get closer at every lap to Hamilton.

On lap 44, Stroll eventually retired after a brake failure. Verstappen, thanks to his super-soft tyres, managed to get closer to Räikkönen for P5. With 50 laps to go, Magnussen stopped his car, unable to go further. In the battle for P10, Esteban Ocon made a late move on Alonso for P10 while Hülkenberg also took the advantage on the Spaniard. Alonso had a slight contact with Ocon and was forced to retire with four laps to go due to a damaged suspension.

Sebastian Vettel won the first Grand Prix of the year ahead of Lewis Hamilton and Valtteri Bottas. It’s the first time since 2007 that Ferrari win Melbourne and the first time since 2010 they win the opening race of the season. Räikkönen, Verstappen, Massa, Perez, Sainz, Kvyat and Ocon completed the top 10. Let’s mention that both Antonio Giovinazzi and Stoffel Vandoorne’s McLaren finished the race.