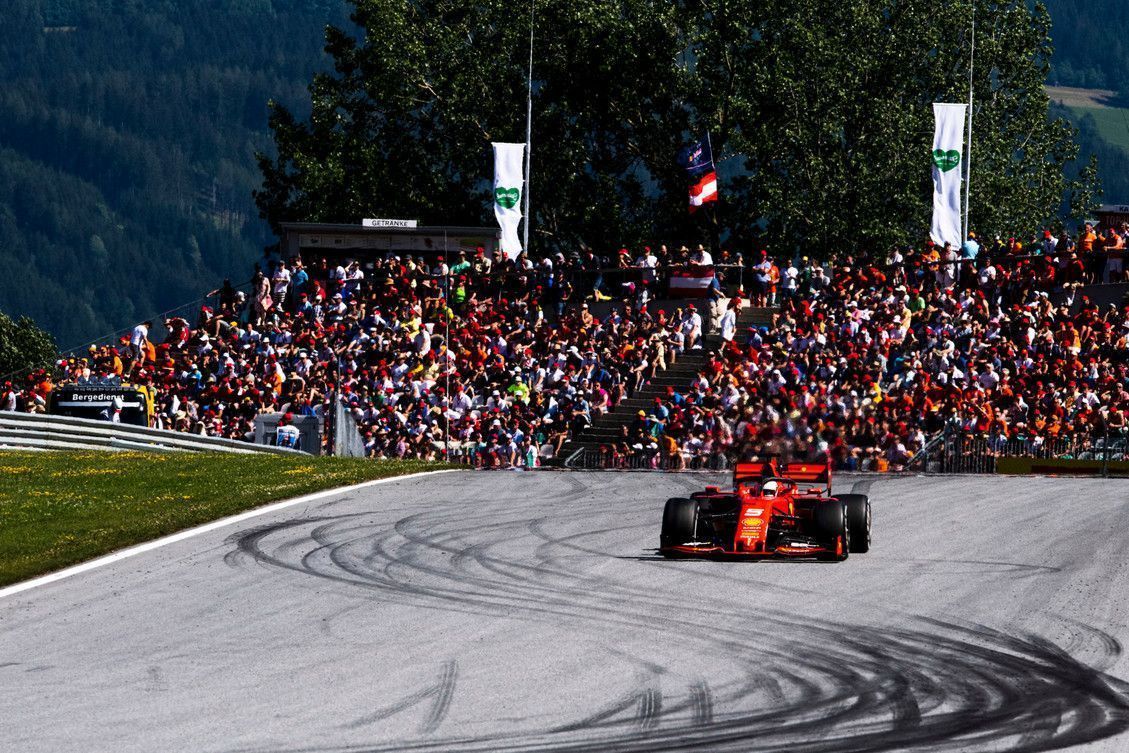 Sebastian Vettel reckons Ferrari should have pitted him earlier in F1 Austrian GP instead of fighting with Red Bull Racing’s Max Verstappen as he lost time in it.

Having had to recover from ninth place in F1 Austrian GP at Red Bull Ring, Vettel clawed his way back up to fourth at one stage when he had another recovering driver Verstappen on his tail, looking ever menacing to gain track position.

While at that time, it looked like Verstappen wouldn’t be finishing any higher than Top 5 but soon the realisation set in that the Dutchman had pace to actually fight with for podium and maybe even victory – at least Ferrari had an idea already by then.

In hindsight, Vettel feels they wasted time fighting against him when the German’s target was Mercedes’ Valtteri Bottas and Lewis Hamilton. Having made another stop late in the day, Vettel clawed into Bottas and Hamilton’s lead but could pass only one.

He was very near to take Bottas for third but fell short by 0.650s in the end. “I think I was very good in the first stint, once I was in free air and sort of settled into a rhythm, I was one of the fastest among the top cars,” said Vettel.

“Then we pitted quite early to put pressure on but we had a poor stop and after that we were set back a little bit. So, we came back but on the hard tyres, I wasn’t that happy. And after not too many laps, Max could put the pressure on me.

“It was quite easy for him to follow, so he had more pace in the car I believe. Then we diverted [in strategy], I think we should have diverted two laps sooner as there was no point to fight Max that hard, I tried to keep my position.

“But in the end we just lost time, so we could have pitted a bit sooner and gain a lap or two to catch Valtteri. Almost maybe is a good word to describe the race. In the end, Saturday hurt us with the pace that we had in the race.

“Otherwise I think we could have had a better race, you know working as a team and defend better from the cars behind, but it wasn’t the case. It was fun and I enjoyed, some wheel-to-wheel at the beginning and the end. I was pushing throughout.

“I wasn’t entirely happy with how the team went as it deserved both cars on the podium, one on the top step. So, it was a mixed but we know what we need to do. This track is more in our favour than other tracks, so we need to keep working.

“I am quite positive that at some point we will have a car to win.” In a situation like when Vettel and Ferrari have to score as much from Mercedes, they did lost out some points to Bottas and even Red Bull’s Verstappen.