Home F1 Vettel explains origin of his clean-up idea as he shares video of... 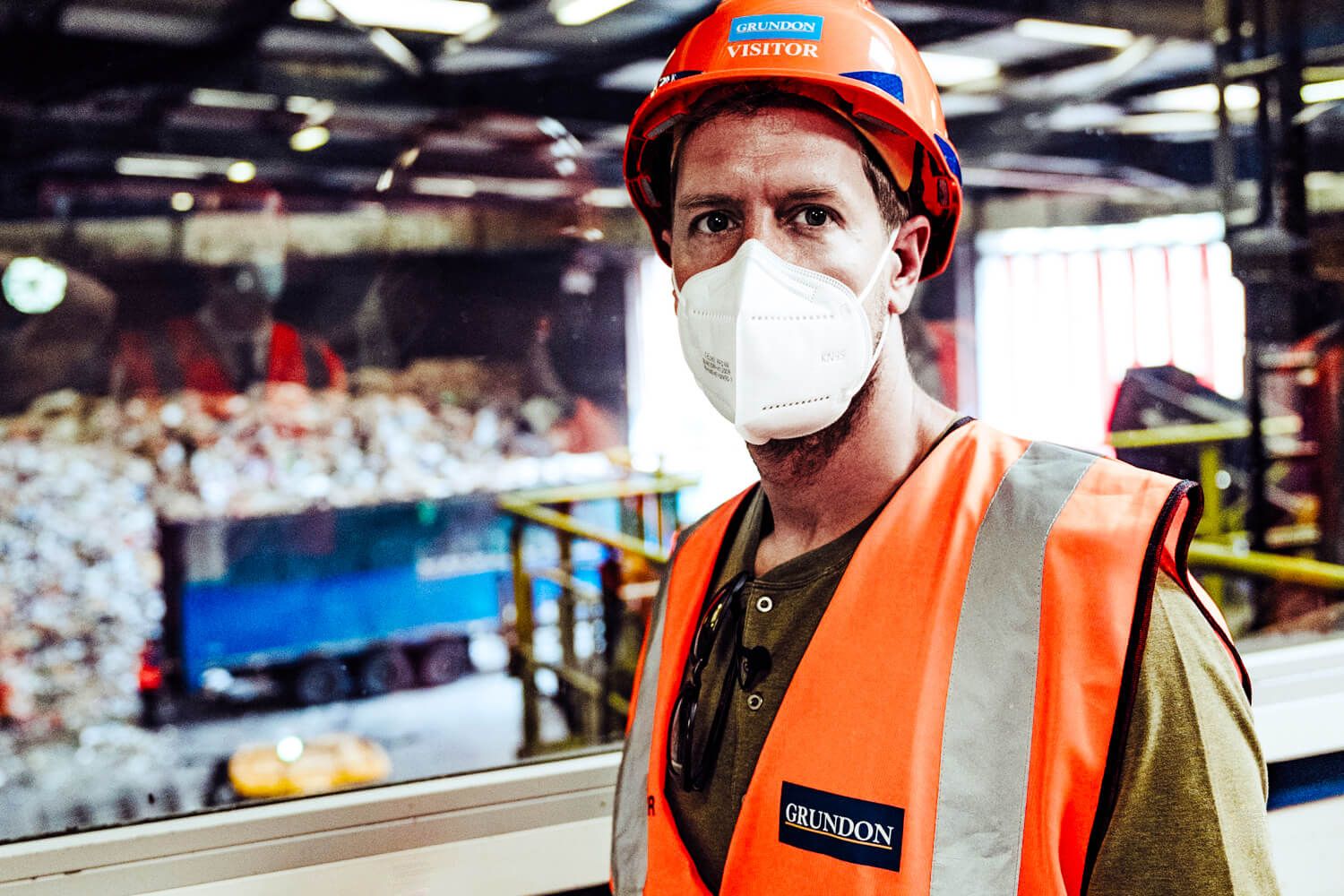 Sebastian Vettel explains where the idea of cleaning came from during F1 British GP, while adds on its need in today’s time.

The aftermath of the F1 British GP saw a highly amusing event of Aston Martin’s Vettel helping out with the cleaning of the stands after the race. An unusual initiative, the like of which has never been seen before in the sport – at least in recent times.

We can all rack our brains and think back decades and decades as to drivers who might do something like this, maybe Graham Hill, but nobody else springs to mind. The idea from Vettel was actually planned long before the grand prix at Silverstone.

It was thought about during his first visit to the Aston Martin base near the Silverstone circuit and on his way to the headquarter, he could see litter on the highway, which sprung the idea in his mind and his team has been planning it for a while then.

“I landed in the winter and went to see the factory and then meet the people for the first time and I was shocked by the amount of litter next to the road and that’s where the idea was born,” said Vettel to Sky Sports F1. “I think there’s a lot of catching up that needs to be done in terms of, you know, communication, getting people to understand that you don’t just throw your stuff away.

“I don’t know the highway, whatever, M25 and M40 and then all the way. Especially in the winter because you don’t have leaves on all the hedges and stuff and so, you get to see what people throw away and I think it’s just shocking. Clearly, people don’t do that at home so…I haven’t been to everybody’s house and home in the UK but I think generally people don’t act like that at home on their grounds so why do that? I just don’t understand.

“Its actually one of the few things that makes me angry when you see people just opening the window and chucking their stuff out. So that’s where the idea was born and Silverstone has been extremely helpful. We’ve obviously had a little bit of preparation done to understand the big picture because so many people and there’s room for improvement but as I said it’s a lack of communication for people to understand what are the actual costs, what are the consequences,” summed up Vettel

Elaborating more, the F1 champion reckons that cleaning doesn’t stops there, as the aftermath of recycling is an equally important process. The hope for Vettel is that this inspires more people to not litter, which overall helps the environment.

“Speaking of course the fact that if you wanna make sure that these things don’t happen as they do and don’t happen again and you don’t need more than 300 people plus every evening cleaning the grandstands and so on,” said Vettel. “And making sure all the litter gets one; picked up, second; recycled and doesn’t end up in a landfill which used to be the case until some years ago.

“But like with everything the question is there’s a lot of room for improvement but who is willing and happy to pay for it. Now obviously F1 is big business, there’s a lot of money around and a lot of tickets that are sold and you would imagine that some of the money that is moving around should be used to take care of this stuff.

“But, yeah, I think overall there’s still room for improvement and idea was to first; help and see where the stuff goes, it was really interesting and second; just try and inspire and get people to a stage where they ask questions,” summed up Vettel.

The story of Vettel visiting the Aston Martin HQ on Dadford Road in Silverstone, and already thinking about such a thing is already interesting. One can argue to say why did he wait until the British GP to do it, but it becomes irrelevant against the idea that he actually did the thing. In fact, he also went to Grundon in Slough, to check on the recycling process on the Monday, to make sure that their work sees the right end.

Here’s Sebastian Vettel on his race

Here’s Sebastian Vettel visiting a wedding proposal of a fan

Here’s Sebastian Vettel with his clean-up work at Silverstone