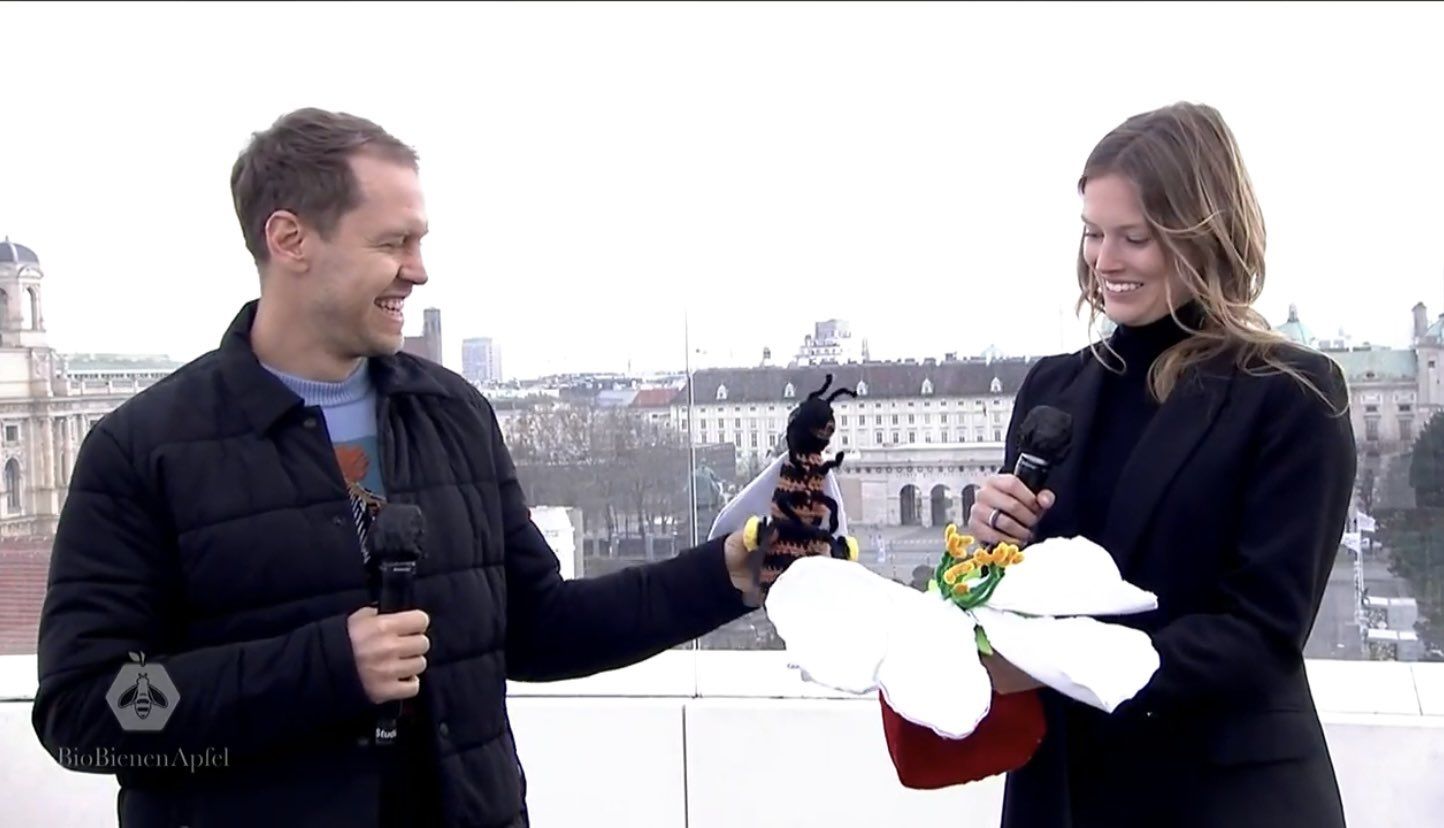 Sebastian Vettel made an appearance at Bio Bienen Apfel event in Austria as an ambassador, while Paul Ricard completes ‘eco-grazing’.

Keeping up with his sustainable mindset, Vettel joined Bio Bienen Apfel event in Austria, on Wednesday, as one of its brand ambassadors. The project is related to bees, who help in natural growth of produces, thereby limiting the use of added flavours via chemicals.

As they state, the main aim of Bio Bienen Apfel is ‘to stabilise the bee population and to increase it naturally’. They wish to develop new living space and homes for up to 1 billion bees with up to 1,2000 hectares, which will help in the natural progression.

The idea is preservation of the bees’ habitats, which in turn preserves the species-specific food sources. “Formula 1 and environmental protection are not a contradiction in terms,” said Vettel. “To be prepared for the challenges of the future, you need the courage to break new ground. Personally, I don’t just want to enjoy the moment, I also want to take responsibility for a sustainable way of life.

“I support the “BioBienenApfel” project because I am convinced that everyone can make a contribution. We have to step up a gear for the bees! New direction: flower meadow! Enjoy like a world champion – we can do that thanks to the bees. Without them, of course, there would be no apple in our country. They ensure pure enjoyment.”

Vettel really got into sustainability and its core during the lockdown when F1 couldn’t take place in 2020. He even took a course on agriculture and farming, where he started practicing it in his own space outside his home in Switzerland.

“It was the first lockdown last year and since I had more time available than planned, I thought about what I could do and what I was interested in,” said Vettel. The topic of agriculture / farming interests me. So I took the chance last year to learn more about this topic and I found it very exciting to learn it in practice.

“And also to talk to people who deal with it every day. It was definitely very interesting. I became interested about it as an athlete through nutrition. What can you do to eat healthier and squeeze more performance out of your body?

“You ask questions & eventually you realise that not every vegetable is the same, not every apple contains the same nutrients,” explained Vettel, while also revealing a light story with his kids, where they started flowering the meadow but he was left all by himself to do it by the end of it.

In other environment-friendly news, Circuit Paul Ricard revealed of their steps towards sustainability via eco-grazing. It is a practice which they have been doing for some time and completed this year’s grazing on April 4, when the 400 ewes left for Grenoble.

They arrived at Paul Ricard in early March and went through a month long process, being supervised by two shepherds. The idea was to maintain the circuit’s green spaces naturally and lessen the carbon footprint by using different means.

The area covered was the Butte de Signes, which is to the north of the Mistral straight line and under the stands of the Beausset Double Right. This work compliments the circuit’s decade-long work towards sustainability, which will only increase in time to come.

Note: The translation for Vettel quotes were done by @Vetteleclerc